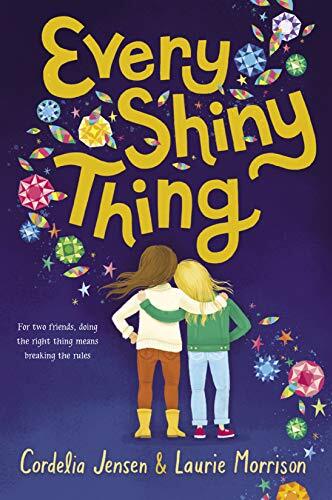 Every Shiny Thing is a middle-grade novel, half in prose and half in verse, by Cordelia Jensen and Laurie Morrison.
Advertisement:

Lauren Collins (who narrates in prose) is a well-off seventh-grader in Philadelphia whose fourteen-year-old autistic brother Ryan has just been sent to the Piedmont Therapeutic Boarding School, where she's worried he'll be miserable. Sierra (who narrates in free verse) has been taken away from her alchoholic mom by CPS and placed with foster parents in Lauren's neighborhood.

Lauren wants to help families with autistic kids who don't have as much money as her own, so she recruits Sierra in a plan to steal things and then sell them to raise money.

Every Shiny Thing contains examples of: