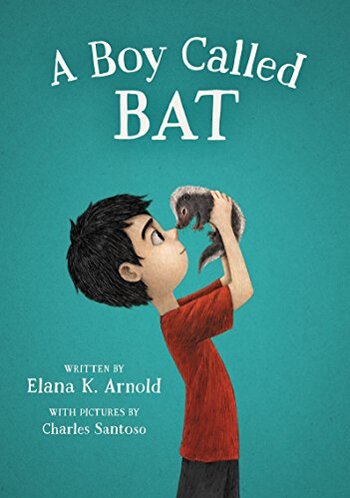 Bat is a trilogy of children's books written by Elana K. Arnold and illustrated by Charles Santoso.
Advertisement:

Bat Tam is an autistic third grader who wants to be a veterinarian when he grows up, like his mom. One day, his mom brings home an orphaned skunk kit which she needs to take care of for the next month until she can give him to a wild animal rescue shelter. Bat falls in love with the skunk, named Thor by his older sister Janie, and hopes he can convince his mom to let them keep him.

The Bat series contains examples of: