Literature / Because of the Rabbit 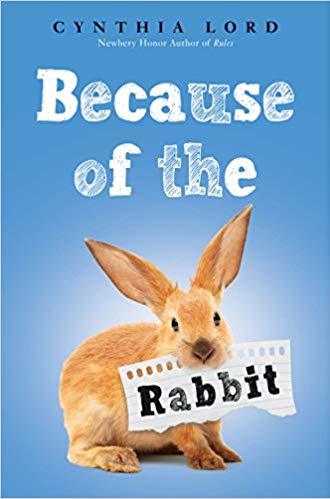 Because of the Rabbit is a middle-grade novel by Cynthia Lord.
Advertisement:

Emma, who has been homeschooled since kindergarten, is looking forward to starting fifth grade at a public school. The day before school starts, her father, a game warden, rescues an injured bunny from a fence. Emma convinces him to take it home for the night. On her first day of school, she's partnered with an animal-obsessed autistic boy named Jack, and the two bond over the rescue bunny.

Because of the Rabbit contains examples of: