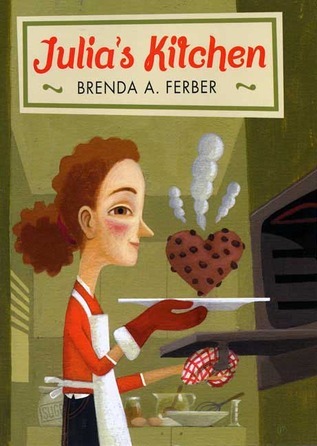 Julia's Kitchen is a 2006 middle grade book by Brenda A. Ferber.
Advertisement:

One morning, while staying at her best friend Marlee Rosen's house, eleven-year-old Cara Segal learns that her house has caught fire overnight, killing her mother, her eight-year-old sister Janie, and their cat Sport. Her father, the only survivor, retreats into himself from grief. When a cookie order comes in for her mother's catering business, Julia's Kitchen, Cara decides to try to rebuild the business.