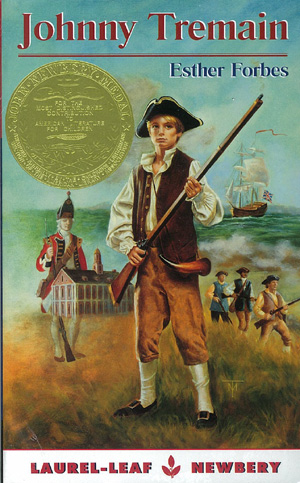 The title character is a super-talented apprentice silversmith from Boston whose bright future is apparently ruined when he burns his hand at work. In need of a new life, he befriends a boy named Rab and becomes swept up in the American independence movement.

Disney made The Film of the Book in The '50s complete with a song about the Liberty Tree ("It's a tall old tree and a strong old tree"). It was actually originally intended as a Made-for-TV Movie, hence the low budget and no-name cast (with the exceptions of former child star Luana Patten (So Dear to My Heart, Song of the South) and Sebastian Cabot), but it ended up getting a theatrical release.