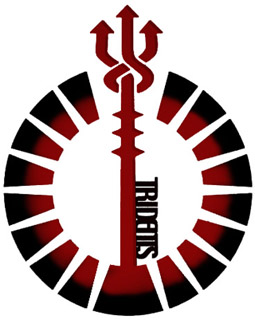 Trident is a conglomerate of all the prominent Storm Rider teams in Kansai and is loosely allied with Genesis. The team is led by Yoshitsune, the Rumble King, and his second in command, Benkei, but all decisions are decided by a three way vote between Yoshitsune, Benkei, and Hatakeyama, a forum of which all members of Trident are a part and whose vote is achieved by general consensus.

Yoshitsune was considered dangerous by Sora, so the leader of Genesis sent an army of assassins led by Nike to wipe out Trident. Sadly, they succeeded, killing Yoshitsune and much of Trident. 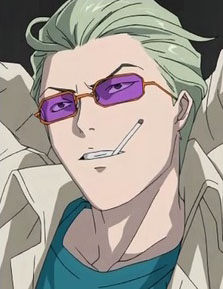 Yoshitsune is the leader of Trident, a conglomerate of all the Air-Trek teams in Kansai, and the current Rumble King of the Over Road. Considered a genius tactician, his abilities, both on the battlefield and off of it, have earned him considerable respect. 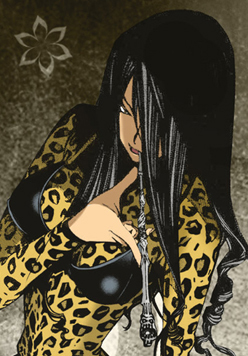 Yoshitsune's second in command, Benkei is a King Class rider of the Over Road. She helped Kogarasumaru train and acted as a standin during Ikki and Agito's hospital stay. 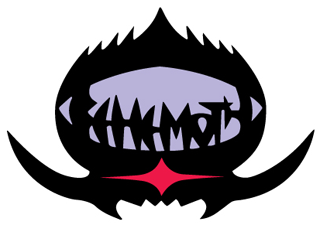 Behemoth was a subsidiary of Genesis. It was the largest team in Japan, possessing over a thousand members, and was led by the Fang King: Akira Udou, The Great Beast. They had five King-Class riders: Akira and the Four Titans, but despite this, they never rose higher than D-class. Behemoth would always throw one out of every three matches so that they would never rise a rank, always staying in D-class to prey upon the weak. Their stated reason for doing so was to clip with wings of anybody who had the audacity to dream of flying.

However, that was only a facade, as Akira's true objective was to halt the rise of weaker teams who would only get slaughtered if they got involved in higher ranked matches and, more importantly, keep them from getting caught up in Genesis' war with The Sleeping Forest.

They were defeated by Kogarasumaru and disbanded. 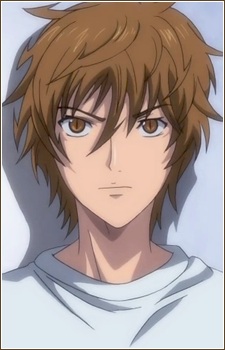 The Great Beast Akira Udou was the leader of Behemoth and the Fang King of the Bloody Road. Before he founded the team, he was a member of the Windstorm G-men and Agito's only friend. However, he betrayed Agito, defeating him and taking the Fang Regalia before leaving the G-men and founding Behemoth. He stayed in D-class to crush weaker teams and prevent them from rising into C, B, and A Class, supposedly for fun. 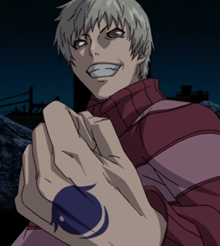 Dubbed "The Cyclops Hammer" on account of his insane physical strength, Mitsuru Bando was Akira Udou's right hand man. Later, he founded his own team. He remains on good terms with both Kogarasumaru and the other members of Behemoth, but for the most part he's stayed neutral in the war between Genesis and The Sleeping Forest. 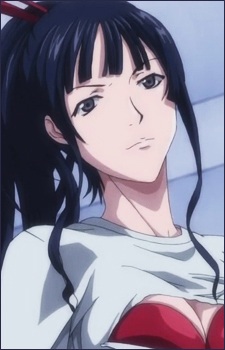 Ryo Mimasaka was "The Gorgon Shell" of Behemoth, so named for her ability to paralyse her opponents. She is a childhood friend and assistant of sorts to Aeon Clock and the two are very close. She became affiliated with Genesis when Aeon Clock joined up. 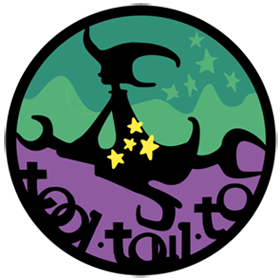 Tool Toul To is a team originally created to assist the Kings with their Regalias. They are a completely neutral group and will assist any King regardless of which side they are on. Each King is assigned a tuner who becomes familiar with the King and acts as their personal tuner.
In General
Kururu Sumeragi

Kururu Sumeragi is the leader of the current team Tool Toul To and Pledge Queen. She has very messy hair, and uses pins in attempt to keep it kempt. She always carries tools around in her clothing. She is Ikki's Tuner and wants to get to know him better personally and in order to tune him better.

Kanon is Ringo's Tuner and Kururu Sumeragi's cousin. He has an obsession with Ringo and seems to harbor romantic intentions. He presses on in his disregard for Tool Toul To's neutrality by actively battling against Kogarasumaru, though he at least seems to respect their leader.

He rides on the Ring Road and is the only Ring Road rider revealed to have offensive capabilities.

The second in command of Tool Toul To who appears to be Kururu's best friend. She takes charge of the team whenever Kururu is busy or otherwise unavailable. 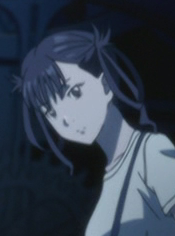 A tuner with serious self-esteem problems who is constantly trying to prove her worth to the team. She's extremely jealous of Kururu's skill, so much so that when Kururu finished her work on the Sky Regaila prototype, Hako switches out Kururu's parts with her own. She eventually becomes so desperate to become Ikki's tuner that she tries to seduce him into it but is rejected. 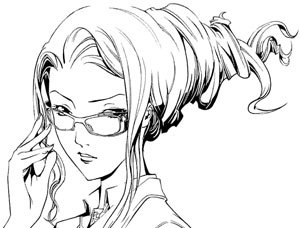 Ine was the first Pledge Queen of Tool Toul To and of the original Sleeping Forest. She was a child genius and the daughter of the head researcher/designer of A-T technology, and though she was not a Gravity Child, she had such an innate understanding of how A-Ts worked that she was even more skilled with the Pledge Regalia than Simca, the one for whom it was originally designed. She is also knowledgeable in medicine and runs her own hospital. Though none of the Gravity Children require tuners, Spitfire still has a close relationship with her. She passes down her title of Pledge Queen to Kururu Sumeragi. 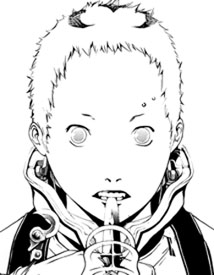 A first generation Gravity Child and Ine Makigami's second. He can commonly be found scouring massive piles of A-T parts for the rare valuable parts that turn up.

The eldest of the Noyamano sisters. She acts like a typical older sister and takes care of the family. To support her sisters and Ikki, she works as Destler Bartlett, a female pro-wrestler.

Rika, being the former Thorn Queen of the original Sleeping Forest, was known to be a very skilled and merciless rider. In her battle with Ikki she claims that if she were on Air Trecks Ikki would be laying in a pool of his own blood. 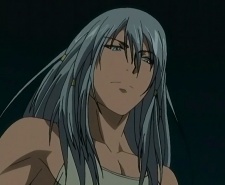 Known as the "Shinjuku Crocodile", he is Agito/Akito/Lind Wanijima's older brother or rather, their biological father, and the leader of the Windstorm G-Men, a special S.W.A.T. team that was created specifically for hunting down and arresting Storm Rider teams. 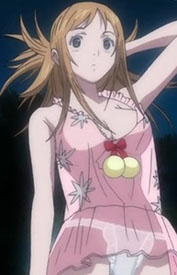 Ikki and co.'s homeroom teacher who possesses an over-imaginative mind and is convinced that all of her male students want to rape her. Though she is a relatively minor character, the amount of tropes she has to her name outweigh some supporting characters.