Due to the Anyone Can Die nature of this series, beware of spoilers below. 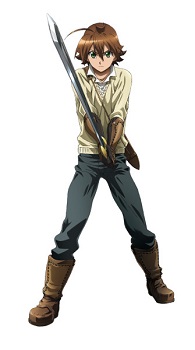 "The reason doesn't matter. As long as a tiny bit of hope exists, that's all that matters."
Voiced by: Soma Saito (Japanese), Corey Hartzog (English)

The protagonist of the story who embarked on a quest to the capital in hopes of joining the military and earning enough money to send back to his impoverished village. After narrowly escaping an evil ploy by sadistic nobles, Tatsumi soon learns of the corruption within the Empire and is recruited into the ranks of Night Raid, whose task is to rid the Empire of this corruption by slaying the wicked. Whilst competing in a fighting tournament sponsored by the Empire he unknowingly manages to steal Esdeath's heart, who unceremoniously decides to make Tatsumi her lover, much to his dismay. After events leading up to another comrade's death, narrowly escaping public execution which ended with his girlfriend in a coma, among a list of heartaches; Tatsumi has undergone horrendous growth, now sporting his own "titular Red Eye" (albeit cross shaped) motif due to a Fusion Dance with his Teigu.

Tatsumi is widely regarded by many, both allies and enemies, to have an immense amount of hidden potential. Lacking the skill and experience of his allies in Night Raid, he makes up for it by becoming more powerful with each battle, with his rapid growth being noted by stronger members such as Akame and Bulat. However, this comes to a head after Night Raid's latest casualties suffered, and his desire to keep Mine alive bestowed him with a powerup, allowing him to fight on par with the strongest of the empire at the cost of his own mortality. 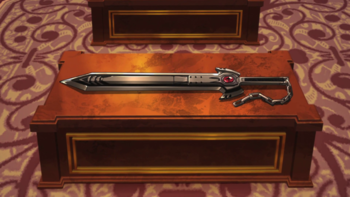 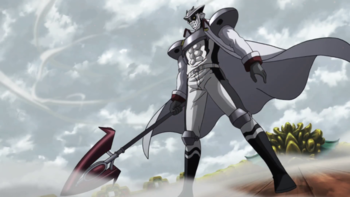 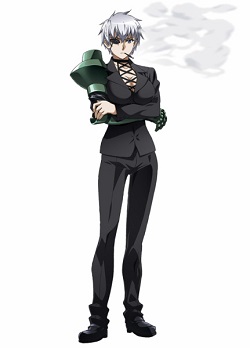 The head of the assassination group Night Raid, Najenda was a former general of the Empire that made the decision to defect to the Revolutionary Army after witnessing how morally bankrupt and corrupt the regime was from the actions of her colleague, General Esdeath. She successfully bands an army of her men together to defect to the Revolutionaries until she is blind sided by Esdeath's army in which she nearly lost all of her men and narrowly escaped death by her... with the exception of a shattered arm and a lost eye. During Dr. Stylish's assault on the Night Raid's hideout she reveals her two new recruits: Chelsea and the humanoid Teigu, Susanoo.

Her last known Teigu, Speed of Lightning: Susanoo, is a living humanoid Teigu that functions as the user's bodyguard and servant, who can both fight and do household chores extremely efficiently on behalf of the user. 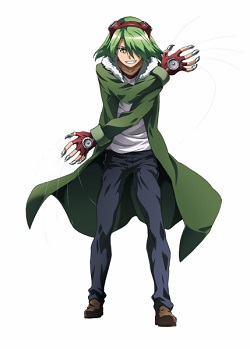 "There is no way to train your heart to be invulnerable."
Voiced by: Yoshitsugu Matsuoka (Japanese), Tyler Galindo (English)

Originally born the fourth son of a wealthy merchant family in a region, Lubbock left his wealthy life behind to follow Najenda when she served in the Empire and rose through the ranks to serve her by her side. When she defected to the rebellion he joined her and faked their deaths by changing the military records of both him and her as K.I.A.

His Teigu, Infinite Uses: Cross Tail, consists of garrote wires on gloves that can be shaped and manipulated in a myriad of ways, doing everything from enemy detection, laceration, strangulation to creating a variety of makeshift weapons and armor. 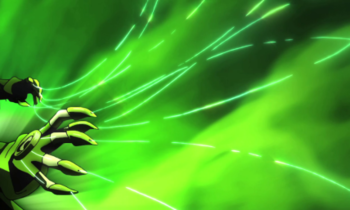 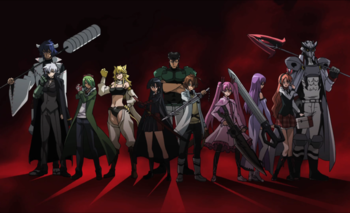 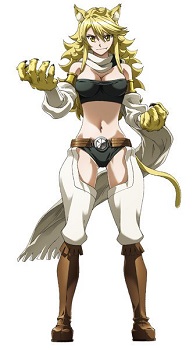 "Tatsumi... No matter how you spin it, we commit murder."
Voiced by: Yuu Asakawa (Japanese), Allison Keith (English)

The first member of Night Raid Tatsumi encounters. She approaches Tatsumi with promises to get him easily commissioned within the military only to scam him out of free alcohol and all of his money. Ironically, her encounter with him is what causes him to meet the nobles who were their targets at the time. When she witnesses Tatsumi's ruthless kill of the last noble, she notices his potential and decides to recruit him. Her reason for joining the Night Raid is simply for the fact that she likes to fight and what better outlet for her abilities than to rid the Empire of their evils.

Excelling at information gathering and a strong penchant for battling strong opponents, Leone is often the one whose seen confirming the validity of the targets in which Night Raid is assigned to assassinate. Her Teigu, Animal King Form: Lionelle, is a belt that increases all five senses, gives her animal-like characteristics, and a powerful Healing Factor in combat. 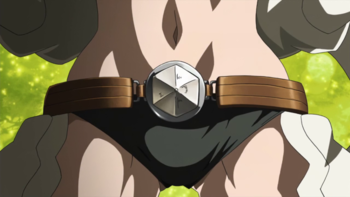 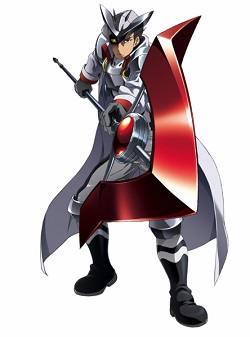 Once a high ranking Imperial Officer of the Empire, he defected after his former superior was framed for crimes he didn't commit because he refused to give into the Prime Minister's agenda. Whilst defecting he steals the Teigu Incursio and soon joins Night Raid. Known by his teammates for his passionate behavior, inhuman combat skill, and peculiar taste in men, Bulat soon takes a recently joined Tatsumi under his wing and trains him to be a stronger fighter.

His Teigu, Demon Armor: Incursio, is a short sword that can summon a full body armor that enhances the his physical strength and allows him to blend in with the environment. 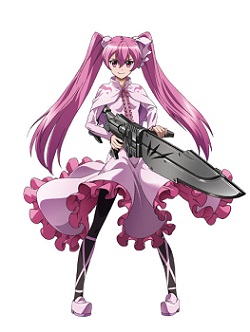 "Wrong or not, I'll follow my own path!"
Voiced by: Yukari Tamura (Japanese), Christina Kelly (English)

One of the more unruly members of the Night Raid. Mine is a temperamental girl who enjoys flaunting her genius amongst her teammates. Having endured persecution as a child due to her half-foreign blood, she seeks to help change the western lands for the better.

Her Teigu, Roman Artillery: Pumpkin, is a rifle that can fire highly concentrated piercing shots of spirit energy. Pumpkin's secondary special ability magnifies the power of its shots in proportion of how much danger the user wielding it is in. 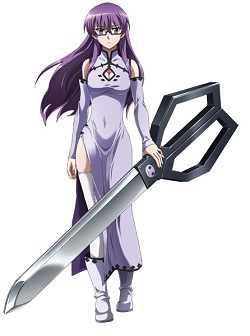 "No matter how many good deeds you perform, your past sins cannot be erased."
Voiced by: Mamiko Noto (Japanese), Jessica Boone (English)

Growing up in the lower districts of the Capital, Sheele's clumsy nature made her a frequent target for ridicule amongst the people she wronged, leading her to live a life of depression and isolation. After finally making a friend that likes her in spite of her clumsiness she soon loses that friendship when she was forced to kill her friend's ex boyfriend when he attacked the pair in a fit of drugged rage. After losing her parents to a murderous gang out for revenge and effortlessly subduing said gang, she is soon recruited by the Night Raid so she may use her unnatural talent to efficiently kill to fix her society.

Her Teigu, Cutter of Creation: Extase, are a giant pair of scissors made with the strongest materials in the world, allowing them to cut through virtually anything. A secondary ability of Extase allows the user to emit a bright light from the blades, blinding unsuspecting foes. 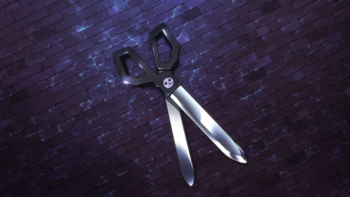 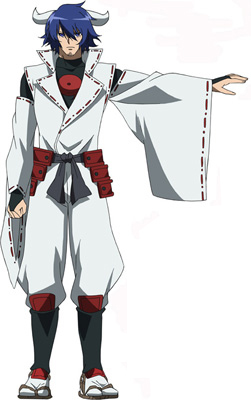 "No matter how sturdy something appears, it should have some weakness."
Voiced by: Shintaro Asanuma (Japanese), Ty Mahany (English)

A living, self-aware Teigu. Despite not being human, he has a personality and quickly bonds with the other members of Night Raid.

A girl who joins Night Raid later on in the story. Her town was eradicated by the Empire upon suspicion of harboring rebels.

Her Teigu, Phantasmagoria: Gaea Foundation, is a cosmetic case that allows the user to take the appearance of whatever living creature they desire, from people to animals.