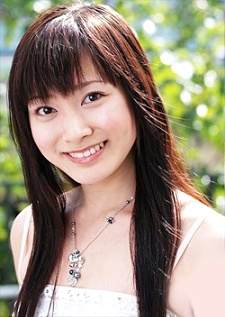 Just who do you suppose Yukari Fukui is?
Advertisement:

Yukari Fukui (born October 28, 1982) is a Japanese seiyu, known as "The Other Yukarin" to distinguish her from Yukari Tamura (also called Yukarin). Her roles usually have lisping voices. Her Star-Making Role was defintely playing the major character Nia in Tengen Toppa Gurren Lagann. She was a bikini model as well.

She married radio personality Kenji Yamamoto in 2016 and they divorced over one year later.