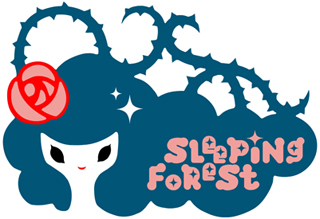 A team of eight Gravity Children who stand at the top of the Trophaeum Tower, the Sleeping Forest is dedicated to protecting the Sky Regalia and preventing anybody from using it, for their leader, Kilik, fears its powers are too much for the world. The team's current incarnation's actually the second one, with Kilik being the only member who was on the first. 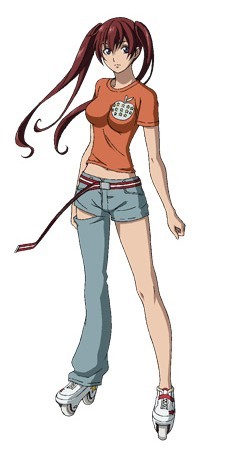 Ringo is the deuteragonist of the series, Ikki's childhood friend, and a member of the Noyamano family that adopted Ikki into their household. However, behind her seemingly plain and unimpressive guise of a junior high school student, she is actually the successor and leader of the legendary Sleeping Forest. She is a Queen Class Rider and the current Thorn Queen of the Thornier Road. She helps Kogarasumaru in times of trouble under the "guise" of Croissant Mask.

She's in love with Ikki, a theme that has been used profusely for both dramatic and comedic effect throughout the series. 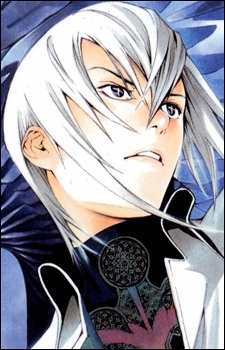 "Just you wait... you and that ambition of yours that stains the sky will one day be shattered and crushed by a crippling blow from the heavens... In the past, there have been two occasions when I held your life in my hands and spared it. There will not be a third."

The Sleeping Forest's Gem King, both past and present, a first generation Gravity Child and the one actually calling all the shots. Though he began as one of the series' main antagonists and was even built up to be the Big Bad, his role's become something closer to that of the Big Good as his motives and the truth about the Sleeping Forest is revealed. Though one of the most reserved and physically unassuming Storm Riders in the series, Kilik is intelligent, arrogant and extremely powerful. He viciously protects the Sky Regalia from the world, believing its power's too much for the world to handle, and would only lead to chaos and suffering.

He's considered the most powerful of the original Eight Kings of the Sleeping Forest, and the most gifted among all the Gravity Children. His "Gaia Road" operates on the principles of piezoelectricity and is powerful enough to almost completely destroy a building.

Mikan Noyamano is the second-eldest of the Noyamano sisters, and a member of The Sleeping Forest. She acts like an evil tomboyish girl with short messy pink hair, and is the disciplinarian of the family (Read: she pounds the shit out of Ikki whenever he acts up).

She is regarded as The Sleeping Forest's "Wind God," which implies she is a Queen-class Wind-type Rider, and she follows the Gale Road, a form of the Wind Road that emphasizes strength and aggression over speed. She is often called a "Female Gorilla" by the other characters thanks to her brute strength and violent tendencies. She was even strong enough to break out of Aeon Clock's "Time" technique using sheer force. 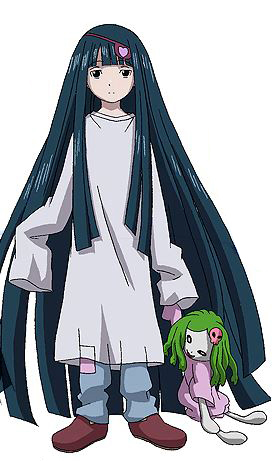 Known as Ume to her family, she is the the youngest of the Noyamano family, and a member of The Sleeping Forest. Her hobby is the creation of puppets in the guise of gorgons, which creep out Ringo and Ikki to no end, and she's always seen carrying one with her.

Ume is a Queen-level Storm Rider, despite her age and diminutive appearance. Although her Road has not yet been revealed, she specializes in tuning and tinkering, making her a rider of either the Pledge Road or an equivalent. 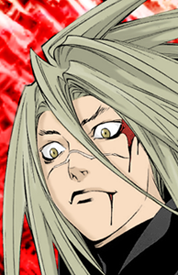 His (unnamed) road is similar to Agito's Bloody Road in that it uses inertial energy to create blasts of force, but instead of having a "fang" like Agito, he creates a devastating blast. 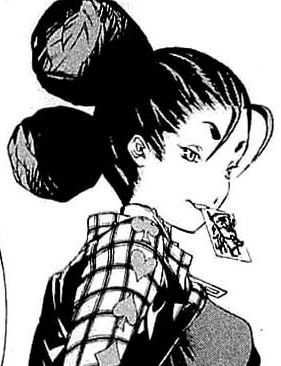 A first generation Gravity Child and the Water Queen of Lather Road, Om joined Kilik's coup to bring down the original Sleeping Forest. She serves the current Sleeping Forest as its reconnaissance specialist, as she often wears a suit full of surveillance equipment.

Characters belonging to the first incarnation of The Sleeping Forest.The original team of Kings, founded and led by Sora. It was disbanded when Kilik, along with Gabishi, Om, Nina, and Onibasu of the new Sleeping Forest, attacked the other members (sans Rika and Ine), crippling them and taking their titles as Kings. The team scattered: some retired, some became reclusive, others founded their own teams, and Dauntless seemed to have disappeared altogether.

Note: Unless stated otherwise, all images on this page are images of how a character looked years before the start of the series. 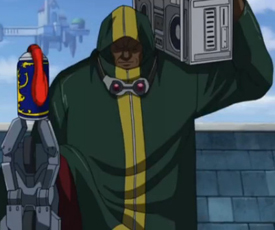 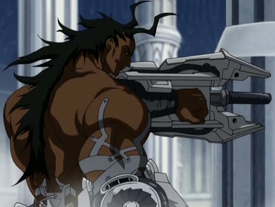 to see what he looks like without his hood.

Dauntless is the former Rumble King of the Over Road. He is one of the original Gravity Children. His Regalia were worn on his arms so that he could draw on his great upper-body strength. He was, at least when the first Sleeping Forest was active, a popular rapper. He sided against Kilik during the Kilik incident and lost his Regalia and presumably his ability to ride. After the battle, he later disappeared, although his death is never confirmed, or even implied. 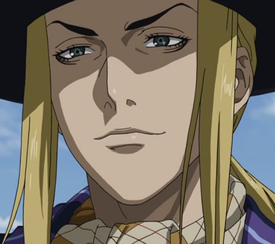 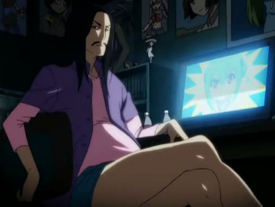 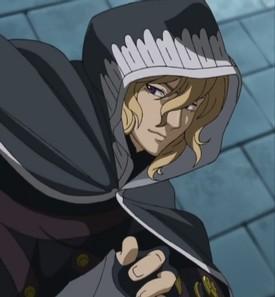 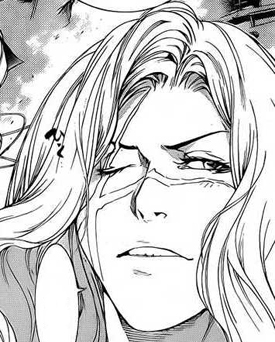 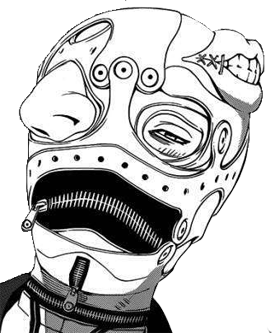 to see what he looks like as Hanged Man.

Black Burn was the Thunder King of the Rising Road and one of the original Gravity Children. He sided with Sora and the rest of his team against Kilik. In the resulting battle, he was badly injured and his Regalia were badly damaged. However, when Dr. Minami repaired it, he opted not to reclaim his place as Thunder King and instead passed it on to Nue, who is also his son. Despite passing on his title, he still involves himself in the A-T world as the masked Storm Rider known as Hanged Man. 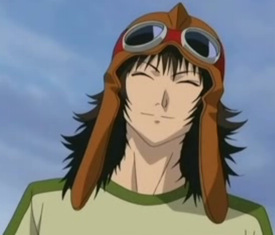 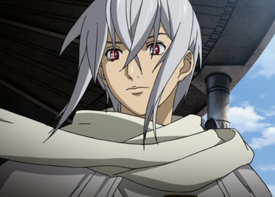 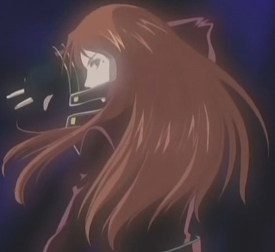 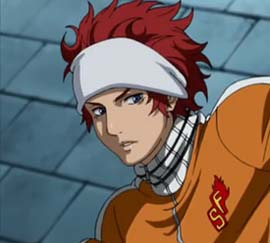 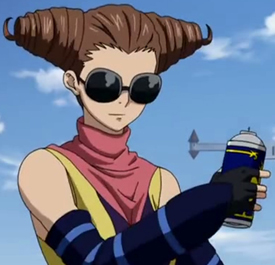 Pledge Queen. See Tool Toul To in the Other Characters page for details.