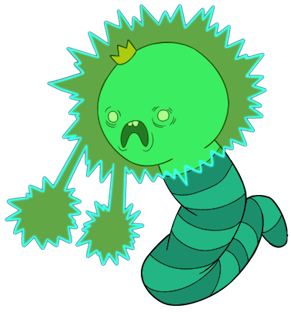 A giant worm that absorbs one's life force through their dreams. 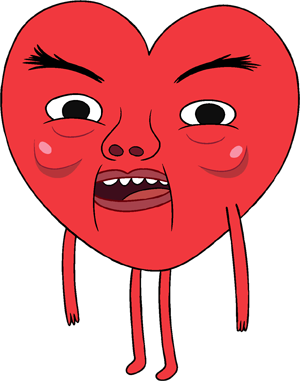 "Well, I'm sure not the guy who's gonna suck out your soul."

The ruler of the Nightosphere (an Alternate Dimension populated by demons) and one of the most evil entities known to the Land of Ooo, probably second only to the Lich. Known as the "Lord of Evil", he's also Marceline's father, and has a complex and deeply strained relationship with her. His full name is not provided until Season 4. 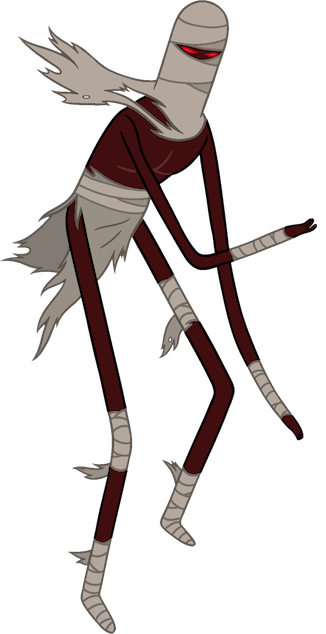 A serious and dangerous hitman with power over fire.

Marceline's old "Genius Wizard" boyfriend. They started living together in the Tree Fort (before Joshua) until Ash moved Marceline away from the Candy Kingdom to his current house. Then he sold her teddy bear to a witch, earning his girlfriend's anger. 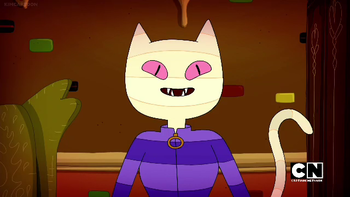 A tiny cat-like assassin that attempts to kill Wildberry Princess in "Jake vs. Me-Mow". She reappears much later in "Angel Face", having become a Bounty Hunter and grown much larger. 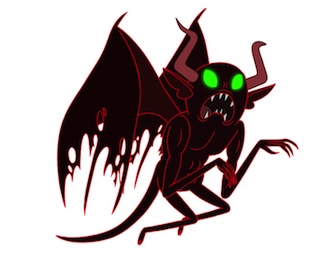 A demon who created the Demon Sword with his own blood, which was taken by Jake's father, Joshua. He really, really wants his blood back. 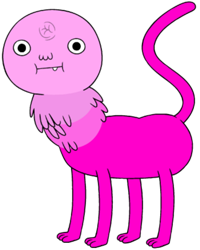 Another of Princess Bubblegum's experiments, Goliad is a candy-Sphinx built to rule the Candy Kingdom past Bubblegum's death. She soon turns out to be impressionable, with a questionable grasp of morals. 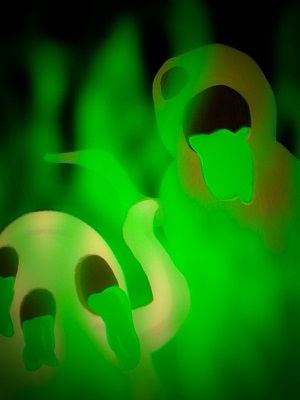 Humanoid creatures created in the aftermath of the Mushroom War, oozing green slime from all their orifices. They plagued Simon and young Marceline in their travels, and they're still around, awoken by PB, Finn, Jake and James. 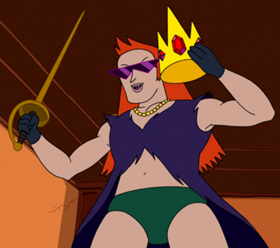 The off kilter leader of the Destiny Gang, a group of criminals in Farmworld. 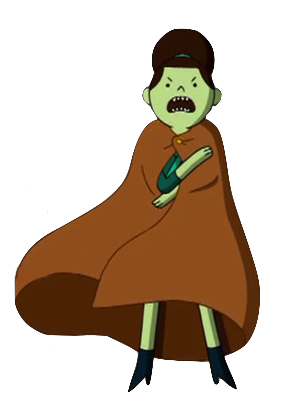 A.K.A The Sky Witch. She's the person Ash sold Hambo to in order to learn some useless spells. Marcie's since been trying to track her down to retrieve her doll. 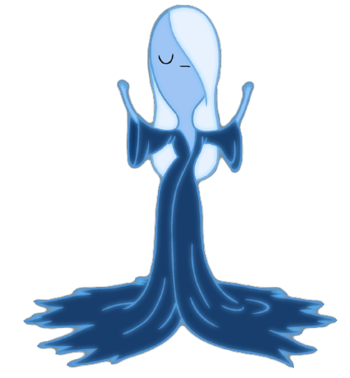 An evil anti-magical being summoned by Bufo, Laser Wizard, and Forest Wizard. He nearly destroys Wizard City before being stopped by Betty. 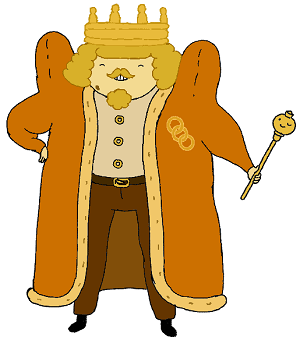 The king of the Land of Ooo... except not really. In reality, he's a Con Man who claims to be the king of Ooo, and everybody believes him. Legally able to perform marriages. He takes over as princess of the Candy Kingdom in the Season 6 finale, before being deposed at the end of "The Dark Cloud". 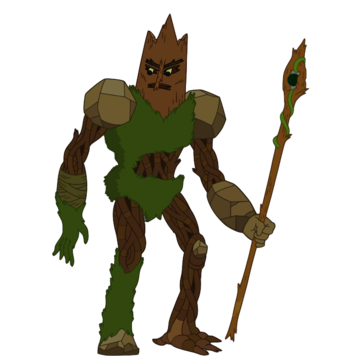 An ancient being of destruction awakened by Maja in "Something Big" 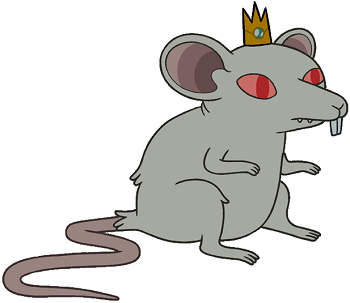 As his title implies, he is the King of all rats that live in Finn and Jake's Tree, gnawing at its roots. He is encountered by Kent in his quest to defeat a bad guy. Normally appears as a normal rat with a crown, but can take on the nightmarish form of a Giant Rat Head and cape on top of a Swarm of Rats. 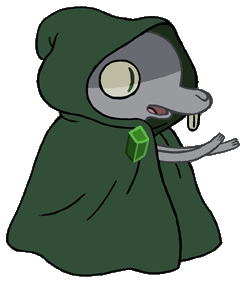 A mouse living in the Tree House, who wears a robe and is encased in a crystal. He guards the Unbreakable Ore (a bottle cap). 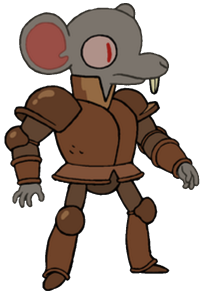 A British-accented mouse in armor who wields a large sword, he guards the mystic earth (which appears to be just a mud clod mixed with his spit). 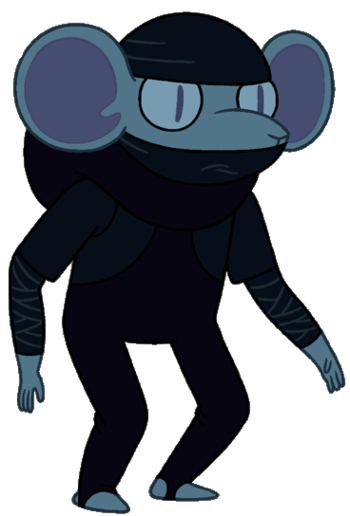 A mysterious and to-the-point Rat wearing a black outfit that resembles Ninja garb. He protects the Sacred Flame (a blue firefly). 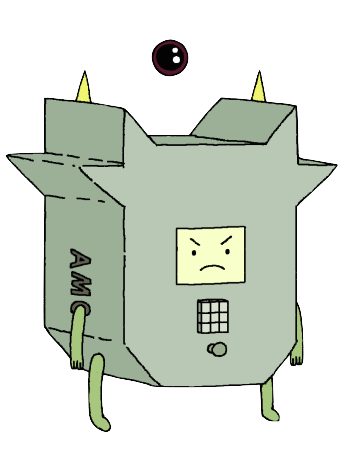 Voiced by: Thu Tran, Chuck McCann (when disguised as Moe)

The prototype to BMO, who was designed to receive love rather than give it. 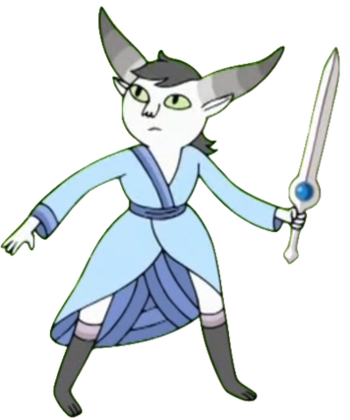 A ruthless thief who kills people and steals their gold. 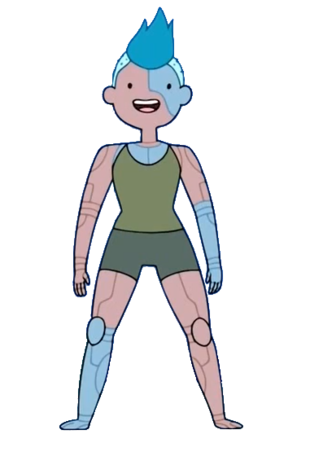 A living, contemporary human from "the island", obsessed with cybernetics and building strange animal hybrids.

General Tropes
The main antagonists of the "Stakes" mini series. Sometime after the Mushroom Wars they preyed upon the last of the human survivors. Marceline opposed them and killed them all to protect her newfound friends. Though in the process due to her soul sucking powers, gained their abilities as a result after killing them. In the final battle against the king, he bit her and changed her into part vampire to ensure his kind lived on. 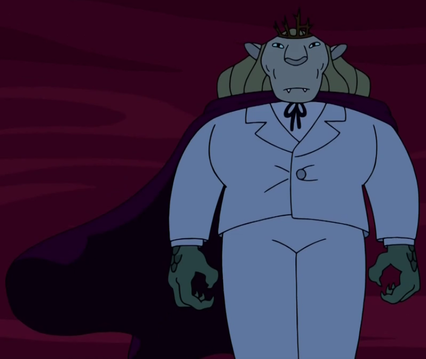 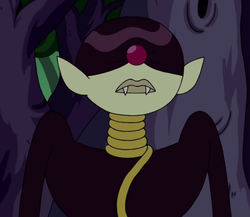 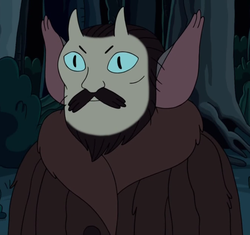 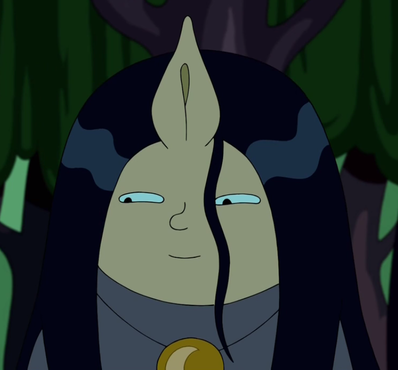 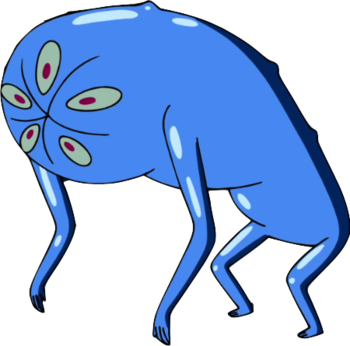 Voiced by: John DiMaggio, Dave Foley ("The First Investigation" and "Jake the Starchild") 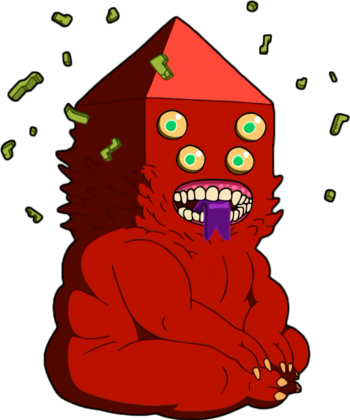 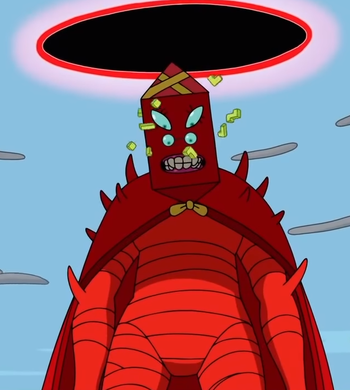 for GOLB after merging with Betty

A malevolent being who is the embodiment of chaos and all that is evil. Turns out he has had followers or such as some point... most notably the Lich.