Characters that appear in Unikitty! 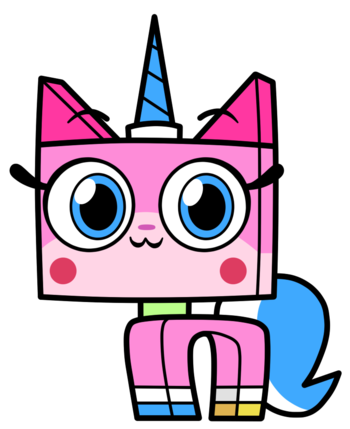 Voiced by: Tara Strong, Will Arnett (as Batkitty)

The Princess of Unikingdom and possibly the happiest brick-built creature you'll ever meet. You may remember her from a previous adventure, but now she's back with some new friends for adventures of her own.
Advertisement:
Puppycorn 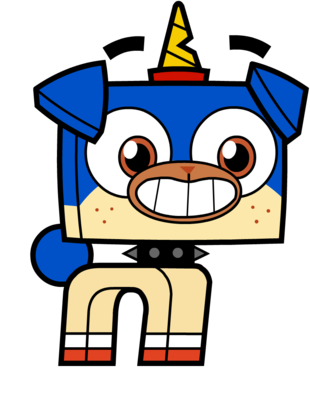 Unikitty's younger brother and the Prince of Unikingdom. A dim-but-cheerful hybrid dog-unicorn who shares Unikitty's love of fun but tends to be more reckless and clueless.
Dr. Fox 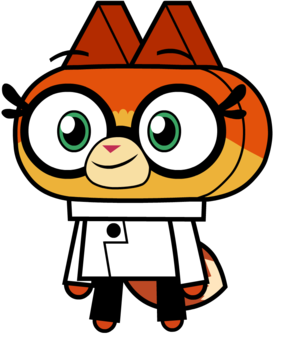 The resident scientist of Unikingdom. Ever the ambitious one, she's always looking to discover new things but has a tendency to go too far in the pursuit of knowledge.
Hawkodile 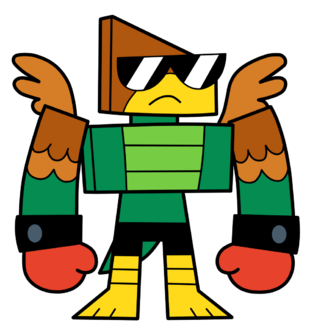 Unikitty's personal bodyguard. A buff hybrid hawk-crocodile who was trained in the ways of the action hero and is always on the hunt for the next big fight.
Richard 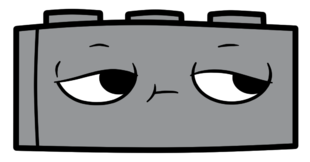 The caretaker of the castle and Unikitty's advisor. A stern-faced and relatively unfazed brick who rarely ever speaks above his flat, morose monotone. Often has to chase Unikitty around to get her to do anything productive.
Master Frown 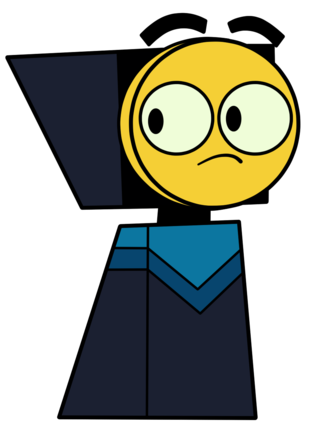 A villainous Doom Lord from Frowntown who lives to ruin others' days. He is considered the show's main antagonist.
Advertisement:
Brock 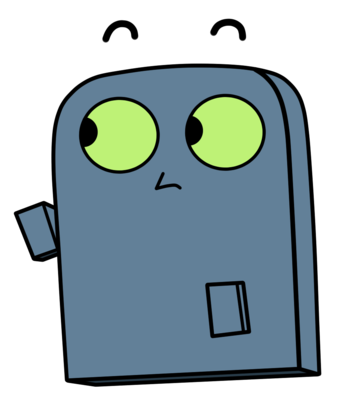 Master Frown's roommate and henchman who unlike Frown is not evil at all. 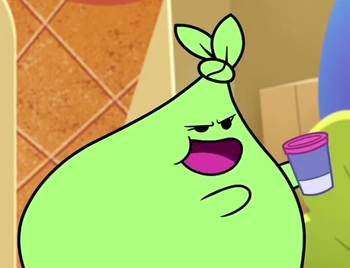 Voiced by: H. Michael Croner
A green garbage bag (or possibly a dumpling) with a sassy personality.
Fee Bee 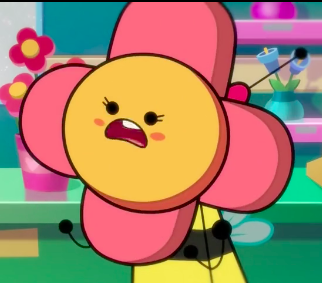 A bumblebee-flower hybrid with a flower face and a bumblebee's body who runs a flower store.
Advertisement:

The first antagonist of the series. A mysterious salesman that sells Unikitty and friends Spoooooky Game, while also controlling them through it.
Eagleator 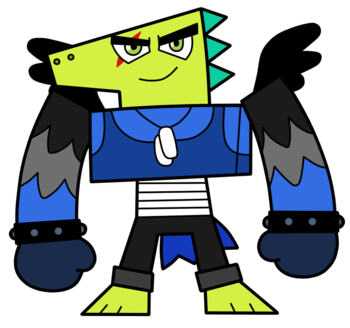 Hawkodile's former friend. He turned against him in spite and now acts as his combat rival.
The Doom Lords

Master Frown's employers. They are a league of villains who spread negative emotions throughout the land. Master Frown is at the bottom tier of the group for his pathetic job.

The group as a whole