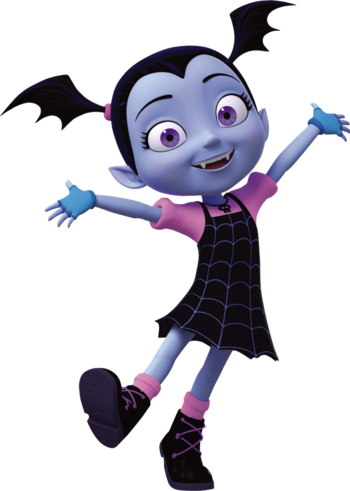 I may be blue with pointy teeth, but I'm not so different underneath!
The titular vampire who moves from Transylvania to Pennsylvania and tries to fit in with the human civilization while keeping her monster identity hidden. She's the lead singer and lead guitarist of her band, the Ghoul Girls.
Advertisement:
Oxana Hauntley
Voiced by: Lauren Graham 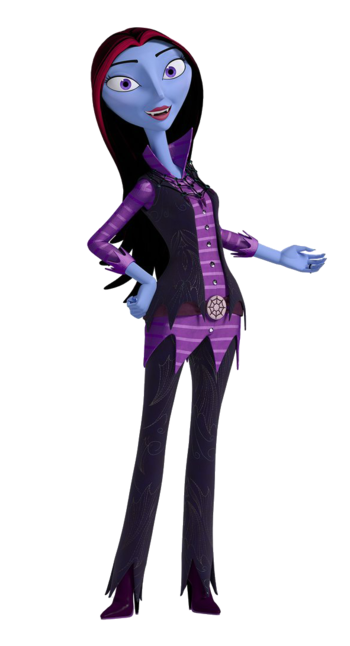 Vee's mother and the owner of the Scare B&B. 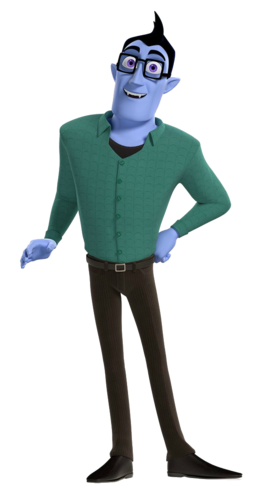 Vee's father and the co-owner of the Scare B&B. 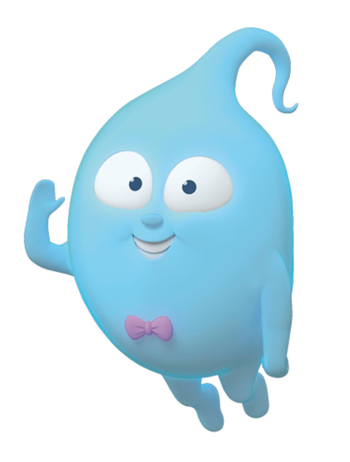 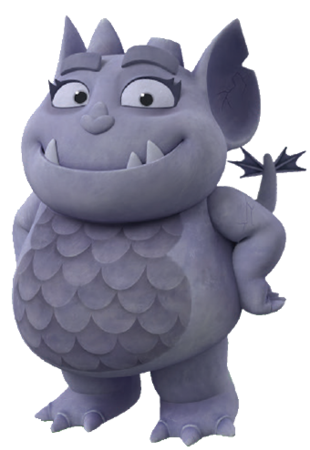 A French-accented skeleton and the chef of the Scare B&B.

Vee's best friend and sidekick, and one of few humans in on her true identity. She's the drummer of the Ghoul Girls.

A shy girl and another friend of Vee's. She's the bassist of the Ghoul Girls.

A fortune-telling gypsy who's never wrong about the future.