This is a character sheet for the series, Tenchi Muyo! GXP. 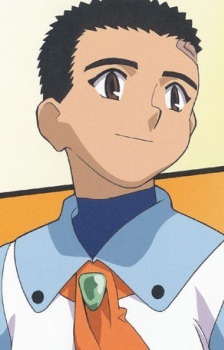 Cosmic Plaything extraordinaire. An extremely nice kid who just happens to possess the worst luck in the universe, though things eventually start going his way. Sports an ever-present band-aid on the upper-left side of his forehead. 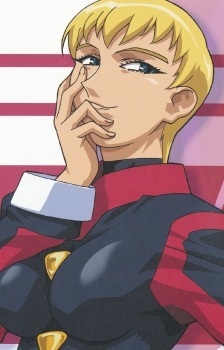 The GP detective who accidentally scouted Seina , Amane is a former fashion model and daughter of one of the richer families in the galaxy, who gave up her old life to become an Action Girl and Ladette. Yet another of Mihoshi's old partners. 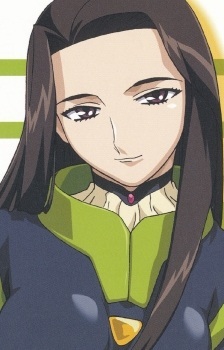 A distant cousin of Tenchi's, Kiriko is Seina's childhood friend (with Tsundere qualities) who has looked after him since they were little. Unbeknownst to him, she has also been working for the GP all this time. 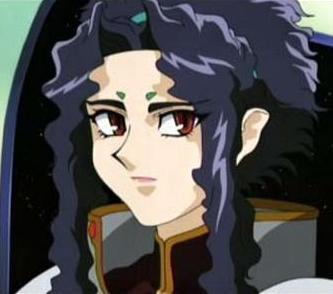 She's an honorable space pirate who has somehow gained an immense fan-club among GP officers, who revere her as an idol. She tried to recruit Seina as a pirate on his way to the academy, and they continued encountering each other afterwards. Named for the Ryoko of the original series. 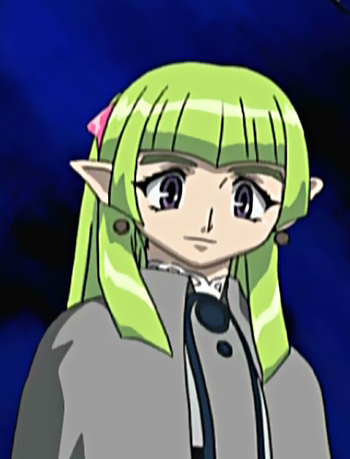 A high priestess with Psychic Powers whom Seina first meets on Jurai. She falls for Seina and decides to join up with his crew after being released from her duties. Despite being Really 700 Years Old, she serves as the show's Token Mini-Moe. 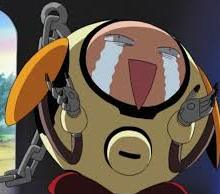 Seina's Robot Buddy (and Author Avatar for the series' director, Shinichi Watanabe). NB frequently ditches Seina in order to roam around videotaping the girls' locker rooms and peeping on his harem. 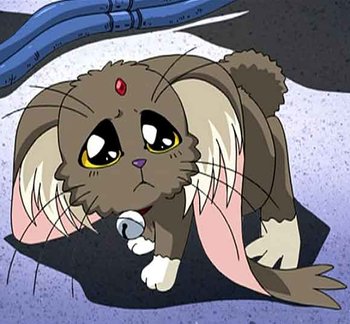 Expy and technical younger sister of the OVA's Ryo-Oh-Ki, Fuku is given to Seina after a particularly dangerous mission. Fuku acts as the mind and power source for Seina's second Cool Ship, the Kamidake II. 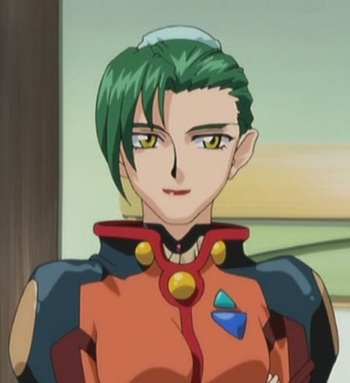 Chairwoman of the Galaxy Academy, and therefore the GP Academy. Yosho's wife, and therefore Tenchi's grandmo — mother's mother. Runs a small restaurant in her spare time. 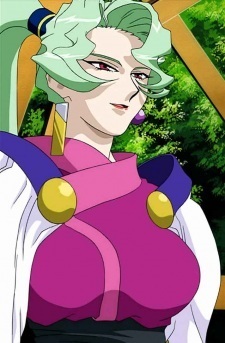 Feared by most of the galaxy as the "Oni (Devil) Princess of Jurai" (Jurai no Oni-hime), she's a high-ranking member of Jurai's royal family, The Woman Behind The Emperor, and Tenchi's great-great-great... well, grandfather's grandmother. She's infamous for her use of The Plan and also loves messing with people and their love lives for the lulz. She makes Seina her special friend early on... 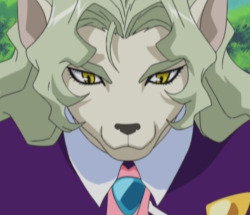 A Wau Hot Scientist who often functions as Seina's nurse, and happens to have an interest in Seina, despite the species gap. Elma is actually Ryoko (the one above) in disguise. 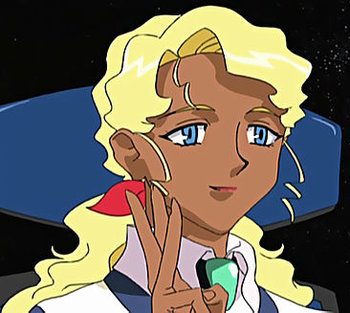 Mihoshi's mother, a janitor for the Galaxy Police. She's able to teleport randomly when she gets engrossed in cleaning; because of this, she's made friends in both Juraian royalty and among the space pirates. She has an Uncanny Family Resemblance to her daughter. 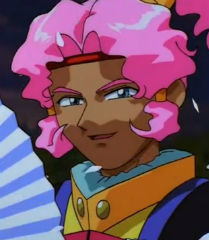 A flashy, flamboyant man who serves as Seina's Sadist Teacher during his academy days. He's incredibly bitter about having "lost" a duel against Tenchi in the main OVA storyline (he was the guy that came with the Jurai clan in Here Comes Jurai and was originally assigned to marry Ayeka. He would up losing said duel when Mihoshi's ship splashed into the nearby lake and sweeping him into the water before he could even make a move), and as a result, has developed a particularly nasty hatred for earthlings. Despite ostensibly being one of the "good guys" early on, he pulls a Face–Heel Turn for the sake of his family's business after being kidnapped by pirates, and attempts to make himself into Seina's Rival from then on. 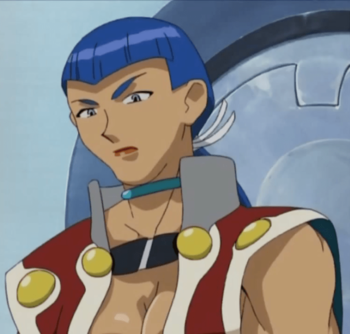 Another Space Pirate. Ends up guarding Seiryo Tennan, then serving under him. 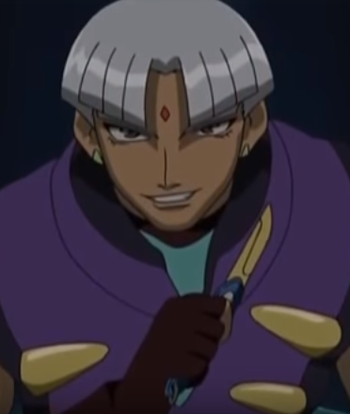 A Space Pirate. Makes a classic entrance as a Knight of Cerebus, but Seina's luck tends to undercut him anticlimactically. Implied to have a crush on Kiriko.

Leader of the Daruma Guild Pirates.