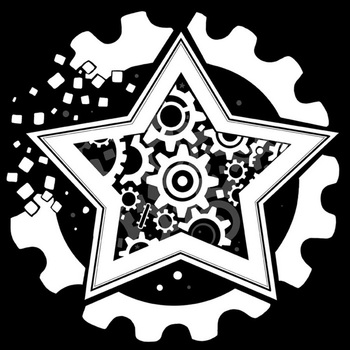 Hey there everyone, STAR_ here, what is going on?
Advertisement:

"STAR_" or "Ster" (real name Steven Serge) is a YouTuber and Twitch streamer. He is best known for his Team Fortress 2 videos, ranging from tips and tricks to casual live commentary to edited comedy videos, though he has since moved on from TF2. He also made videos featuring other games, including Tribes: Ascend, Grand Theft Auto IV, and more. He has several non-gaming related series as well, such as "Basically" where he takes a broad look at random media including movies, TV shows, and the odd video game, or "Story Time" where he doodles in Photoshop and tells casual stories from his life.

STAR_ was a frequent collaborator with fellow TF2 YouTuber Jerma985, and the duo became well-known through videos such as the "Jerma is Mad" series. Their shared misadventures in various games were uploaded onto either his channel or Jerma's channel

, resulting in twice the content starring the pair. They still occasionally stream together on Twitch today.

For many years, STAR_ was also a fairly active competitive TF2 player, first for the 9v9 Highlander team named The Syndicate as a Heavy, then as a Sniper, Engineer, and Pyro at different points for Gangster Gang Gaming. They went on to win multiple Platinum games. He also played Scout for the 6v6 team Budsquad, and was backup for the Highlander team MURDERFORCE9000.note  MURDERFORCE9000 is a reform of The Syndicate. From 2016 until 2020, he streamed Overwatch under Luminosity Gaming, and played for the US in the Overwatch World Cup 2016. Currently, he is working on The Myriad, a computer Role-Playing Game meant to streamline Tabletop RPG mechanics taking place in his own Constructed World, while also streaming Myriad development and test sessions as well as whatever else he feels like on Twitch.

His main YouTube videos can be found on his main channel

, and his alternate channel

consists of random videos and Twitch highlights. His Twitch channel can be found here