Fanfic / Stories and Tales from Dimension 63 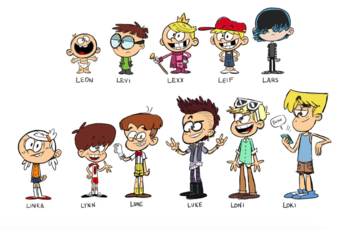 Stories And Tales From Dimension 63 is a The Loud House Fanfic written by Omega Ultra.

What if, instead of Lincoln returning to his actual home at the end of "One of the Boys", he returned to a home where he had ten brothers...

Randomness, hilarity and the adventure of a lifetime ensue! Fun read with a hint of mystery. You can even suggest stories you’d like to see done! It can be read here

Also, since this is an Rule 63 story that involves body swapping, to avoid confusion, Lincoln is female and Linka is Male.

This fanfic includes examples of: