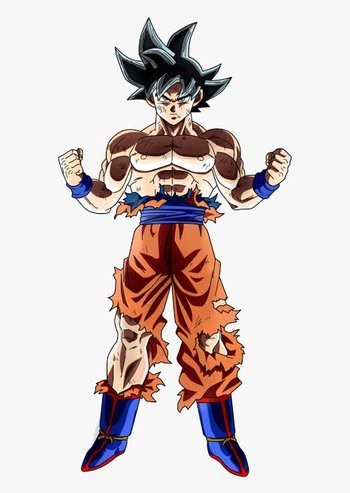 The more his chest is exposed while fighting , the more the danger increases
Clothing Damage in anime and manga.