Literature / World Break: Aria of Curse for a Holy Swordsman 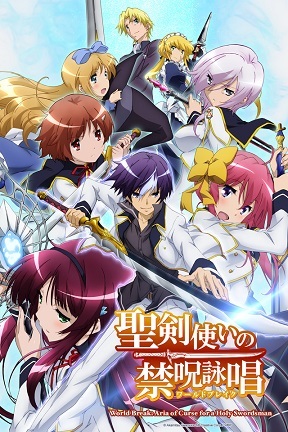 A manga adaptation, published in the Comp Ace magazine, commenced on June 2014, and presently spans 4 volumes.

An anime adaptation by Diomedea aired starting in January 2015. Crunchyroll is streaming the anime, which can be viewed here

Contributions to character page are appreciated.