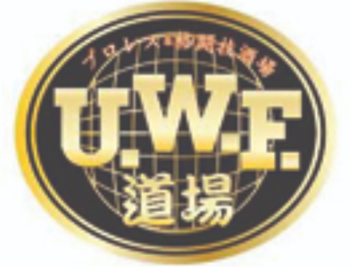 Starting Over, Taking Over 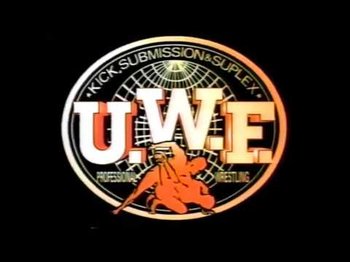 "In the early 1980's a group of wrestlers electrified the Japanese pro-wrestling scene. At the height of their popularity they quit pro-wrestling and joined a new promotion called the U.W.F. Their style was called "SHOOTING" (and old wrestling term for when you mean to really do someone in). Combining elements of kickboxing, sambo, jiu-jitsu, and catch-as-catch-can wrestling into a new exciting, dangerous and deadly promotion, they began moving professional wrestling away from the theatrics and back toward sport. The addition of kicks and hitting created more action than had ever been seen before. Some of the members found the fighting too physically grueling and injury inducing. They retired from the ring or they went back to the pro-wrestling circuit. The remaining fighters regrouped and quickly rose to great popularity. At their peak they were able to sell out the 50,000+ seat Tokyo Dome in three hours (a feat the even UFC hasn't matched). People lined up the day before and slept in the streets to see them."
— Ted Pelc, on the success of the UWF.
"The only one that builds wrestling is the UWF. They took what I gave them and they built it. Now they're asking me to help them back again because they can't make any new talent. It takes time. That's why they go once a month. You don't see boxers fighting every night. A real athlete has to work out. "
— Karl Gotch

"Barrett is an early 90's Florida indy worker who was an early DDP tag partner and feuded with the Nasty Boys. Somehow he ended up in UWF 2 working as a Greco guy. All of his earliest UWF matches are filled with 3 Stooges style selling and dropkicks, so of course I loved them. [...] By 1991 Barrett had gotten the hang of working the style and is actually a really great shootstyle monster, kind of like Gary Albright with takedowns instead of suplexes."
— Phil Schneider, blogger for http://segundacaida.blogspot.co.uk/

"There's a reason why they call him the Red Demon. He is not a fighter, he is a street fighter."
— Tadashi Takeuchi, Japanese journalist.
"Fighting is my life."
— Chris Dolman

"What the fuck you say? They said no rules."
— Gordeau's e-mail answer to an interviwer about his performance in UFC.

"Across the Octagon from Luster stands a stocky Dutchman in a red gi top who represents the Russian style of Sambo."
— Mike Naimark, UFC reviewer.

"Yeah, but you’ve got to remember too that when I did that match, it wasn’t just one time– because he was a Greco-Roman guy, and I took him down and submitted him. He jumped up and thought it was unfair because he didn’t know I was gonna shoot, or that he didn’t understand what was going on. So, we did it again– and once I was able to submit him again fairly quickly after that, then we shook hands and he was OK."
— Ken Shamrock

"Bart Vale is synonymous with shootfighting, you can't talk about submission wrestling anywhere in America without hearing about this 6 ft 4 inch, 250 pound warrior and the style of mixed martial arts he pioneered."
— Black Belt Magazine, inducting Bart Vale into their Hall of Fame.
"I just like to hit people and watch them go down."
— Bart Vale

"In 1989 Chris and I went to Japan. In 1995 we organised the last fight of Chris here in Amsterdam and the place was jam-packed. From there on it started with the events of Rings Holland here in Amsterdam. But I am not a guy who likes to pad myself on the chest, a lot of people wanted to see me fight and what I was capable of. That time I was also a doorman at the hottest club in Amsterdam and people where very curious if Dick Vrij could really fight. The first event was special because people did not know what to expect. I fought only one fight per year in Amsterdam, believe me that many people were looking forward to it. The event was sold out in no time."

"Yeah I know who he is, and I rolled with him in practice- and there was no need for us to see who was gonna win that match."
— Ken Shamrock