A list of the characters in The Magic Roundabout. 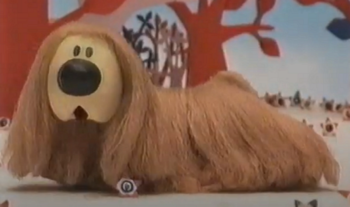 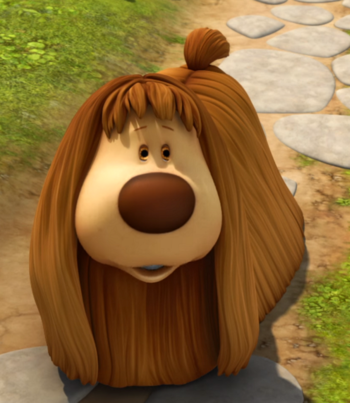 The main character of the show who is a temperamental, grumpy, but lively dog. Despite his love and greed for sugar, he is loyal to his friends, including Florence, his sweet young owner. 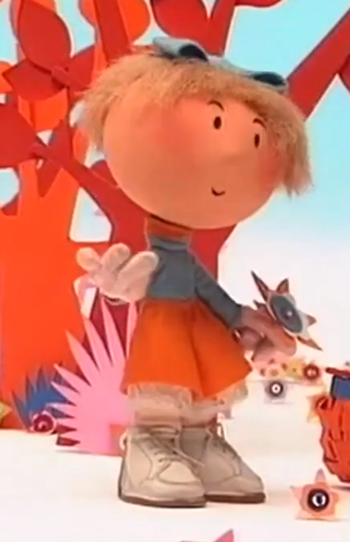 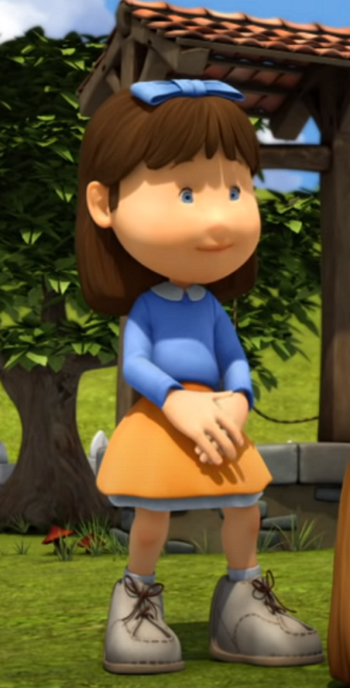 A sweet and kind-hearted girl who is Dougal's young owner and a good friend to everyone in the Enchanted Gardens. 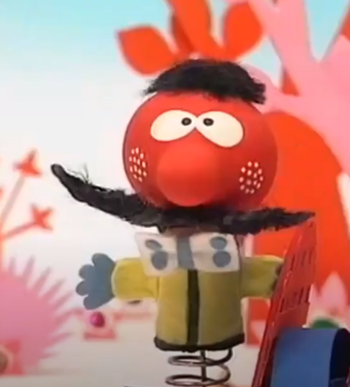 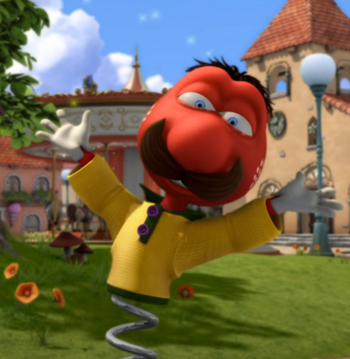 A good-hearted wizard who rules the Enchanted Gardens and loves to bring joy to his friends, as well as serving as their ally. 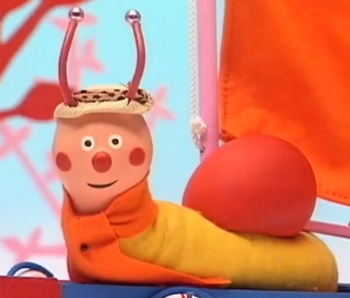 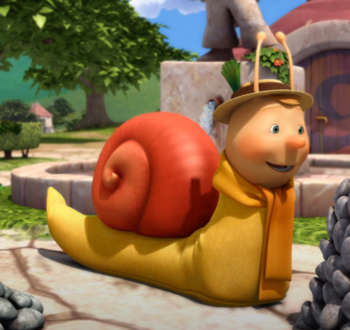 A slow, but well-meaning snail, who is hyperactive and happy-go-lucky to everyone. 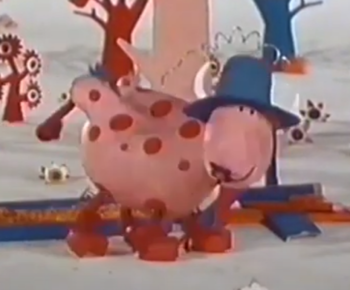 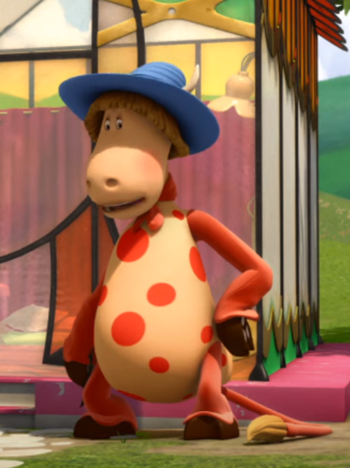 An matronly and operatic cow who loves to sing at the sound of her own voice, eat flowers in the garden and being the main attraction. 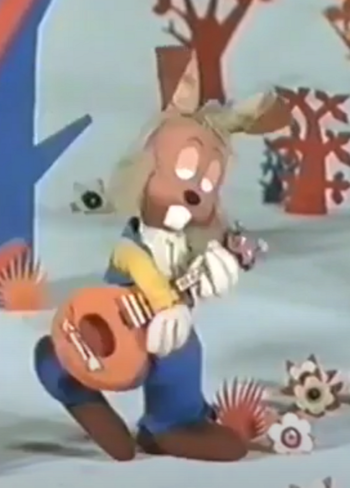 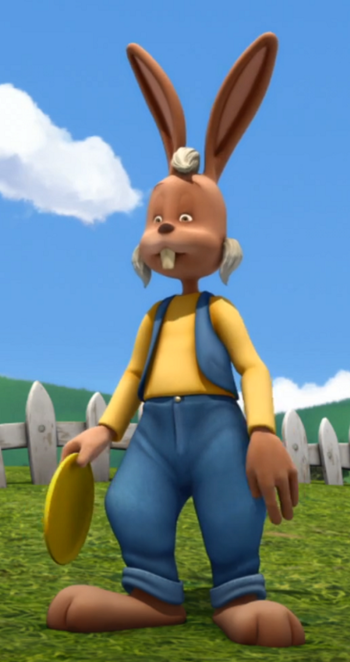 A laid-back and a sleepy rabbit who would often drift off to sleep from time to time and play his guitar. 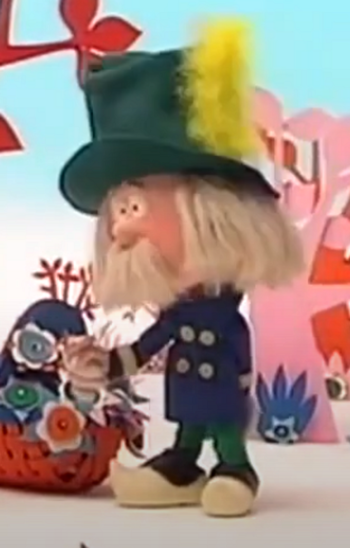 An elderly repairman who operates the Magic Roundabout with his barrel organ and loves to bring fun and joy to the children who ride on it. 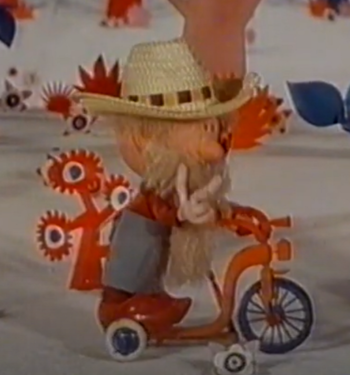 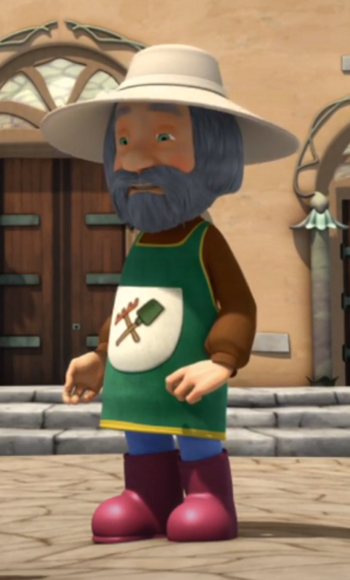 An elderly gardener with a youthful personality who would ride along on his tricycle. 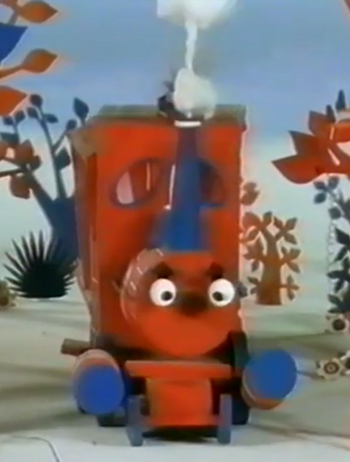 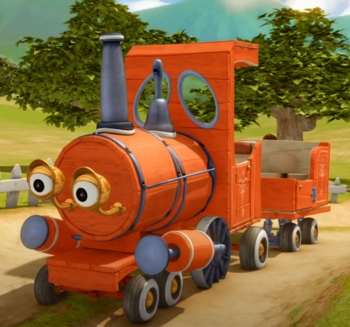 An animate locomotive who is very punctual in the Enchanted Gardens and always there to take the passengers to each destination.

A small group of children who are also Florence's friends where they would often spend time with her and ride the Magic Roundabout. 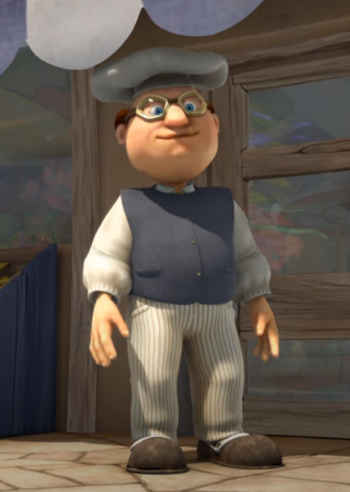 The Enchanted Gardens' delivery man and shopkeeper who sells things to the inhabitants and delivers them to their homes.

An animate foot guard figurine who is used to operate the Magic Roundabout. When put under the spell by Zeebad, he serves as his henchman. 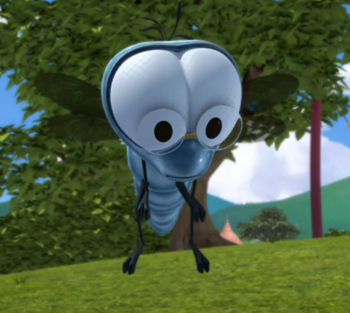 Dougal's housefly companion who loves to eat food and often hangs out with Dougal.

Voiced by: Fenella Fielding
Voiced in French by: Christine Lefèvre

The cunning female voice who says that she is blue and her main aim is to turn everything in the universe blue. 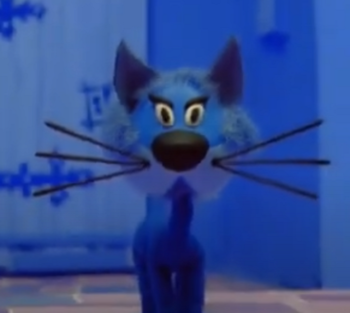 Voiced by: Eric Thompson
Voiced in French by: Paul Bisciglia

The cunning and evil cat who serves the Blue Voice by planning to take over the gardens and turn everything blue. 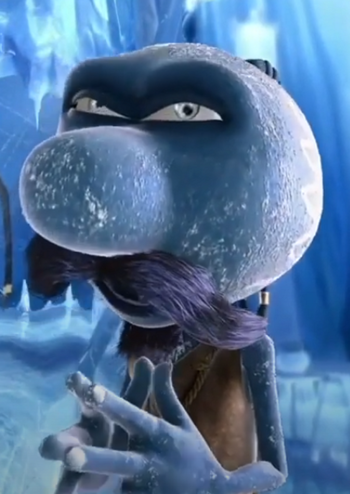 The cold-hearted and tyrannous ice wizard who is Zebedee's arch nemesis and vows revenge on Zebedee for imprisoning years ago to prevent him from creating a new ice age. When he is accidentally released by Dougal, he plans to re-freeze the world again and freeze the sun by using three diamonds.