Dougal and the Blue Cat 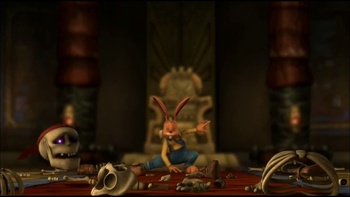 Dylan doesn't believe in violence, but only in self-defence with martial arts.