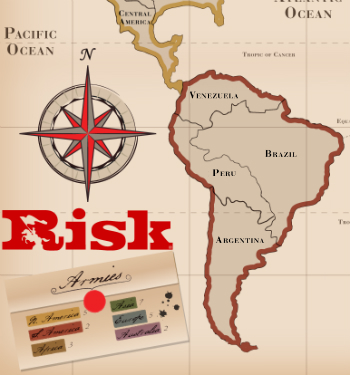 The other nine countries of South America lost the game.
"Where did all those majestic cliffs go in the interim 500 years?"
— The Nostalgia Chick on the towering cliffs of coastal Virginia in Pocahontas.
Advertisement:

A writer may want to set a story in a location, but that doesn't mean they want or need to be accurate. This form of Artistic License can happen in a number of ways. The most common seems to be setting a story in a particular city without consulting a map, thus placing locations that are nowhere near one another quite close by, underestimating the time it would take to get from one to another, and sometimes transplanting whole landmarks from somewhere else entirely.

Lack of knowledge of regional climate or local architecture can also be glaringly obvious. A show set in suburban Cleveland should not look like Southern California. Often the lack of knowledge beyond common National Stereotypes results in a Hollywood Atlas or worse. This is often used in a stereotypical way, since well Viewers Are Morons, the popular image of a country or region's geography is used rather than the actual one.

This trope may not be obvious to anyone unfamiliar with the locale in question, but anyone who lives there will spot it right away, and when it's bad enough it can destroy the believability of the entire project or at least make the filmmakers look lazy. In medieval and older works, this trope is a sign that the story was known in places far removed from where it originated.

Super-trope to Time Zones Do Not Exist. Compare Television Geography and The Mountains of Illinois. If the writer intentionally has a character make geography mistakes, then that's a case of Global Ignorance. Artistic License – Space has some examples of this trope, only in space. Also, for geography that's explicitly fictional but still unrealistic, see Patchwork Map.