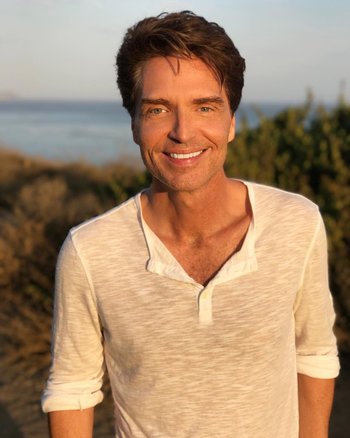 Achieving his greatest success in the late eighties and the early nineties, Richard Noel Marx (born September 16, 1963) became involved in the music business at an early age, working as a backing vocalist, session musician and songwriter for artists such as Madonna, Lionel Richie (the man who got him into the industry), Whitney Houston and Chicago.

Marx released his first album in 1987 and became the first solo artist to place his first seven consecutive singles in the top five of the American charts, including three consecutive number ones. His early style generally aimed at an up-tempo Arena Rock not unlike what Bryan Adams and Michael Bolton were doing at the time, although like those artists he subsequently moved to a predominantly softer sound after the success of the hit ballad "Right Here Waiting".

Although his hit-making days were mostly done by the end of the 1990s, Marx continues to tour and record regularly. Notably, he co-wrote "Dance With My Father" with Luther Vandross, which became the latter's biggest hit and won a Grammy in 2004 shortly before Vandross' death.

Tropes featured by this artist include: