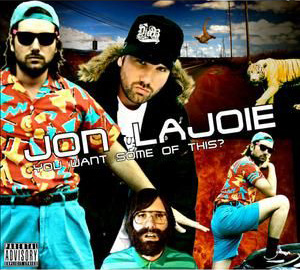 (born August 21, 1980) is a Canadian comedian, actor, rapper, singer, musician and Internet celebrity from Montreal, Quebec. Lajoie first became popular through the music video "Everyday Normal Guy", in which he, in ironic contrast to typical rappers, sings about his bland, run-of-the-mill daily activities and his peaceful nature.

Lajoie has also worked on television; his main break was the character Taco MacArthur on The League.