Characters that have appeared outside of the TV series' main canon, such as in crossover episodes or movies.
Advertisement:
open/close all folders 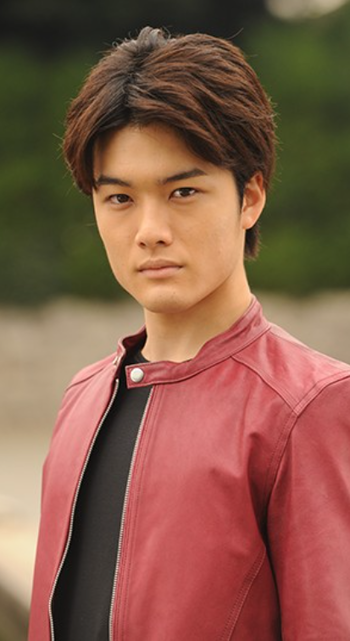 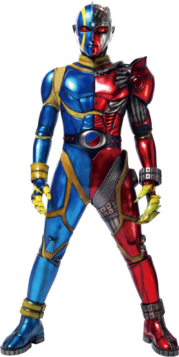 The protagonist of the 2014 film Kikaider REBOOT.

Kikaider's nemesis; an android belonging to the organization DARK. His body was given to Ryoma by a colleague of his for final testing.

The Bujin Riders are essentially Gods of war who look like past Kamen Riders and exist in a dimension based on the Sengoku Period. Each of them is affiliated with a certain province and serves said province's general.

(Guitar riff) Blood Orange Arms: Ja no Michi on Stage!note Path of the Heretic on Stage!

The villain of Gaim's section in Fateful Sengoku Movie Battle. An Alternate Universe counterpart of Gaim bent on conquest. 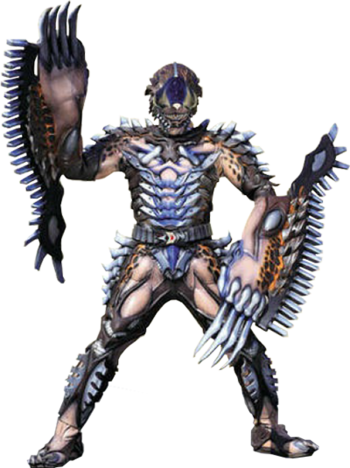 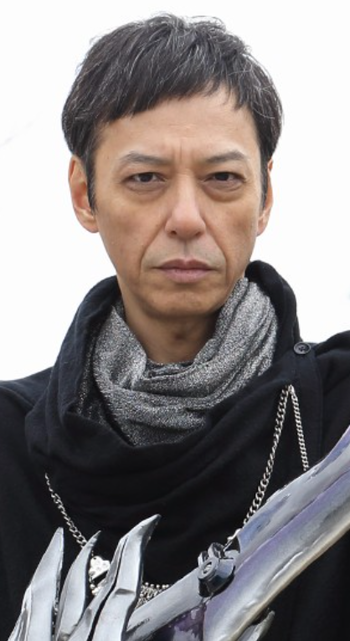 Tropes exclusive to him as Kamen Rider Fifteen 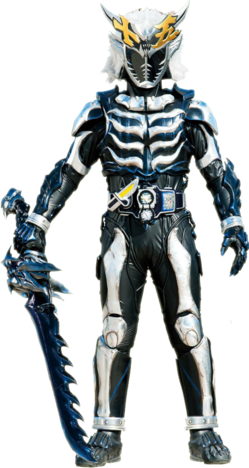 The Generalissimo of Badan

The ruler of the Badan Empire, which is actually a land of the dead. He finally appears to confront the Kamen Riders personally. 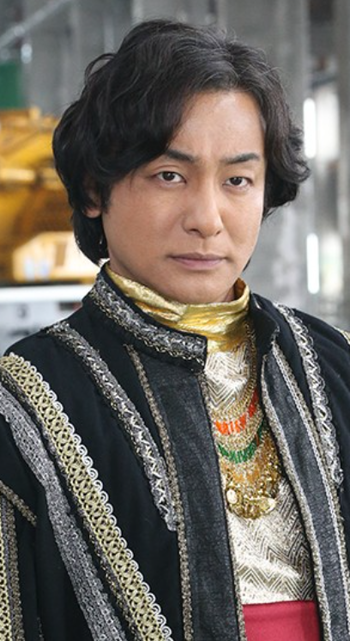 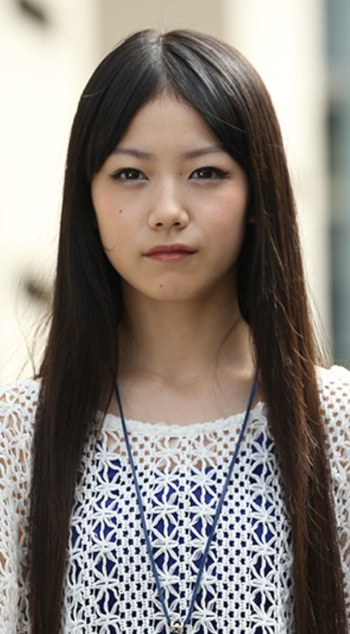 A personification of the Forbidden Fruit, created in an experiment by the Overlords and awakened in a different experiment by Ryoma. He ends up surviving the film and returns in the final TV episode, set months after the resolution of the Helheim conflict; possessing a girl as Kamen Rider Jam.

Tropes exclusive to him as Kamen Rider Mars 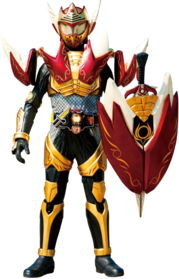 Tropes exclusive to him as Kamen Rider Jam 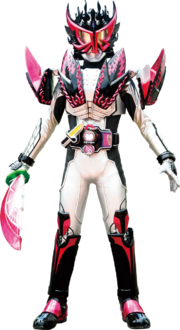 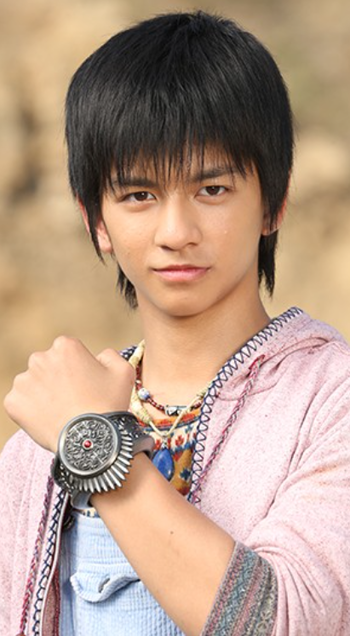 A strange boy with an interest in soccer. He's actually a Femushinmu (the Overlords' original species), but a peaceful one who tried to stop his world's conflict. He takes an interest in soccer and even creates an entire alternate universe around it because he's curious as to how humans can engage in competition that doesn't end in bloodshed.

Tropes exclusive to him as Kamen Rider Kamuro 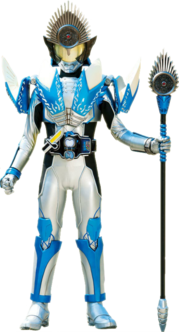 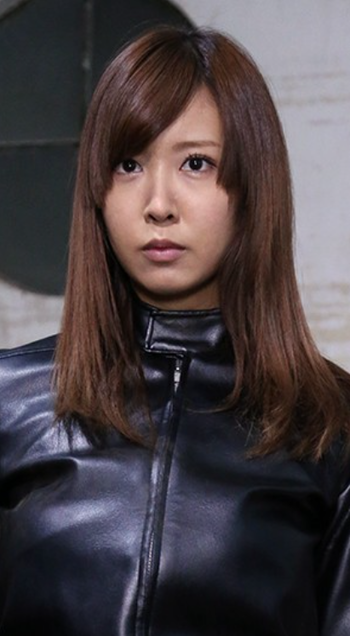 An orphan who used to work for the Kureshima family as a maid. In her youth, she befriended Takatora and made him an apple pie. She was experimented on when she was younger, giving her the ability to control Cracks and Helheim flora, and this left her with a fierce desire for revenge. She was the one who murdered Takatora and Micchy's father, and intends to kill them too.

Tropes exclusive to her as Kamen Rider Idunn 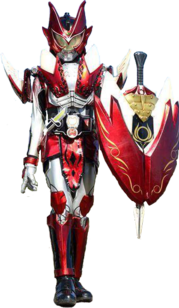 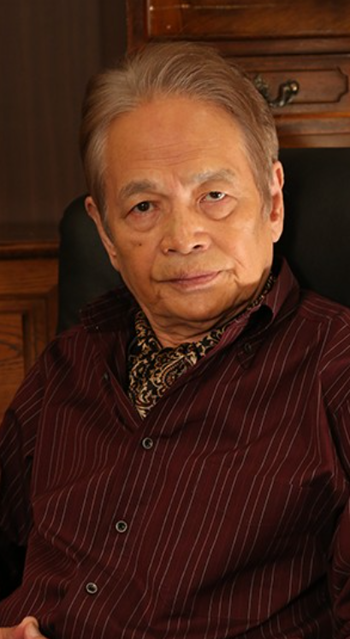 The father of Mitsuzane and Takatora who is the founder of Yggdrasil Corporation. Not much is known about his life, except that he performed experiments on young children, to make them fit to become future Yggdrasill workers.
Shapool 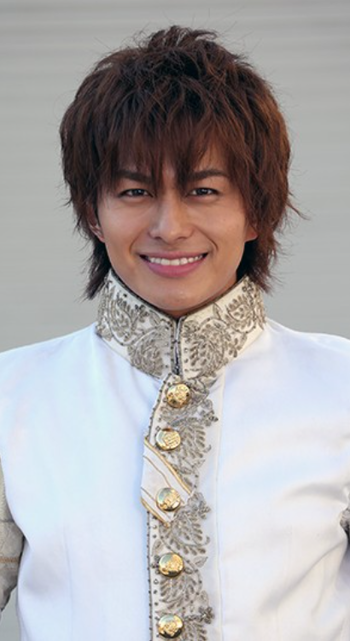 An heir to a foreign organization, Shapool is physically identical to Kaito. He attempts to imitate Kaito after seeing him in a Beat Riders Hotline video, and even drugs Kaito to steal his clothes, but fails to pull off the imitation due to his different personality and inability to use Kaito's Sengoku Driver. His butler, Alfred, attempts to murder him, leaving it up to Kaito to protect Shapool.
Alfred/Kamen Rider Tyrant 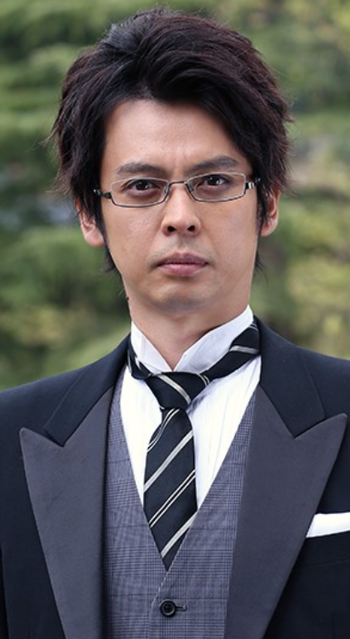 Shapool's butler, Alfred is a strict and ruthless man who plans to murder his charge and pretend he died in an accident. He receives a Genesis Driver and the Dragonfruit Energy Lockseed from Ryoma, letting him become Kamen Rider Tyrant, but the Lockseed is a flawed prototype which ultimately transforms Alfred into an Overlord Inves. He is finally defeated by Kaito using Ringo Arms.

Tropes exclusive to him as Kamen Rider Tyrant 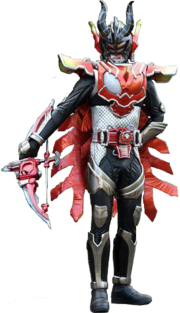 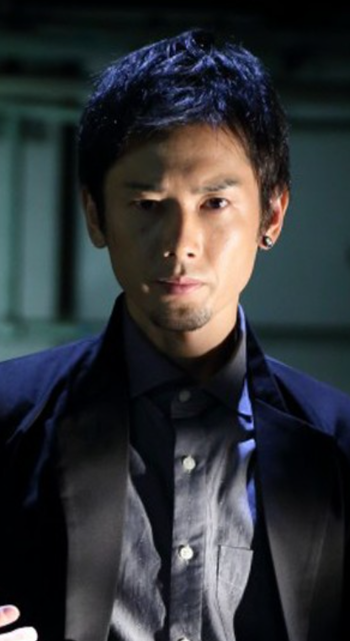 The previous head of Yggdrasill's scientific division before Ryoma, and the apparent leader of a cult called the Black Bodhi Tree. He was the subject of the first Lockseed test, which went horribly wrong and transformed him into an incorporeal being, which he insists was actually Ascended to a Higher Plane of Existence. He orchestrates terrorist attacks on Yggdrasil and Ryoma in particular using Brainwashed and Crazy innocents to test Ryoma, believing that with Ryoma's assistance, he can become a god and save the world.

Tropes exclusive to him as Kamen Rider Saver 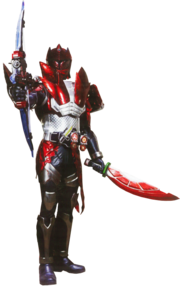 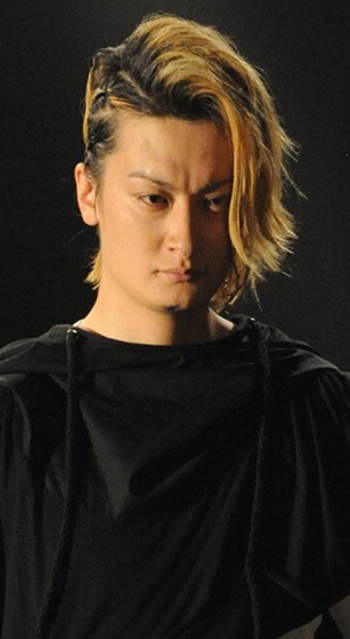 A former member of what would become Team Baron, Shura was kicked out by Kaito for cowardice after trying to attack him from behind with a pipe. He resurfaces after the end of the series as the leader of Neo Baron, a gang claiming to follow Kaito's ideals, but which practices them through brutal fights. In truth, Neo Baron has connections to the Black Bodhi Tree, meaning Shura and his goons have access to Sengoku Drivers and Lockseeds, and Shura's true plan is to reconstruct the Scalar System in a new form as the Saver System and use it to wipe out the weak, or rather everyone not affiliated with Neo Baron.

Tropes that apply to him in general:

Tropes exclusive to him as Kamen Rider Black Baron

Jounochi’s assistant after he becomes an acclaimed patisser, she secretly wants to use his recipes to distribute Helheim Fruits across the world.