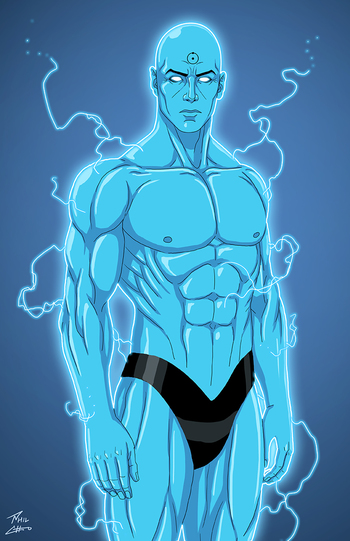 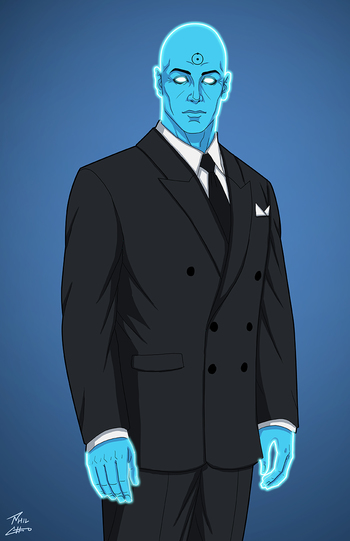 The only truly superpowered member of the team, due to a Freak Lab Accident, Jon Osterman gained godlike powers. He's used his powers to revolutionize the world, provide energy for electric cars and blimps, and continues to work on amazing new technology... but as time has passed he has turned more emotionally distant to the people around him and indifferent towards humankind in general, and just doesn't seem to care about anything any more, or do anything unless he's told to. 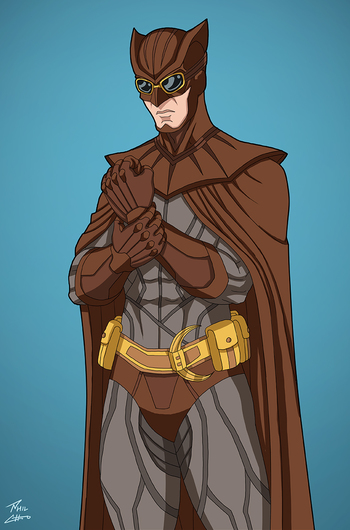 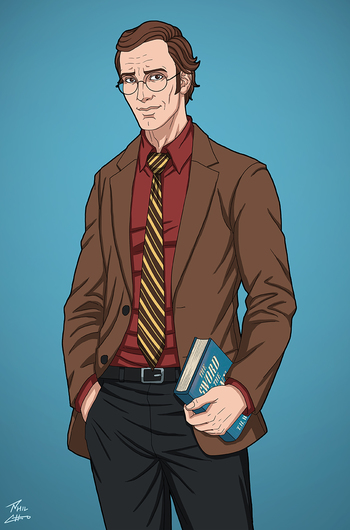 A former superhero fan, then full-fledged superhero, and now retired intellectual. A gadget-based hero who flies the night skies in his state-of-the-art airship, Archie, he sometimes questions his use of million-dollar technology to fight petty crime. 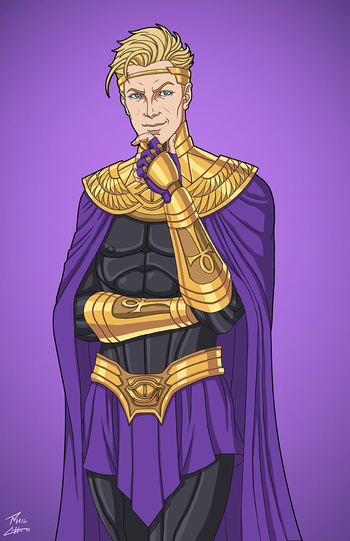 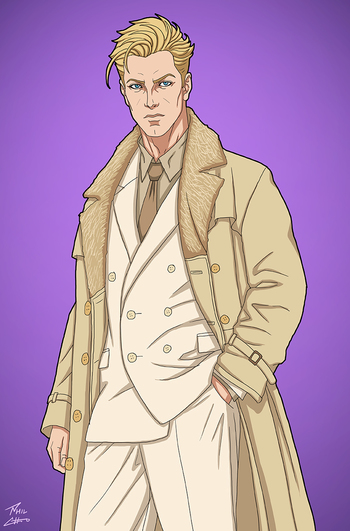 A former costumed hero and considered the smartest man alive, he left heroics shortly before the Keene Act came into effect and became involved in business. 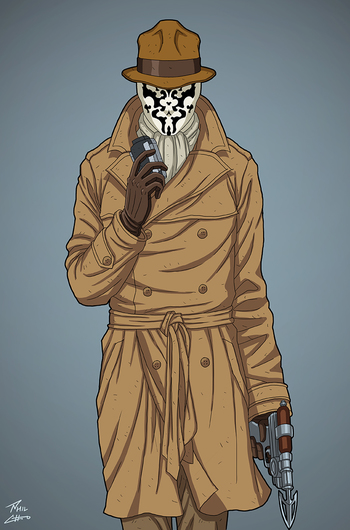 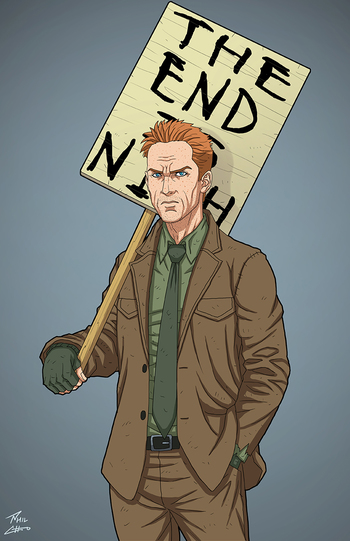 A violent, noir detective/anti-hero and only non-government superhero still active as of the beginning of the "Manhattaning" portion of Earth-27. With a black-and-white worldview and an uncompromising moral code, Rorschach is well-known among criminals as the terror of the underworld. 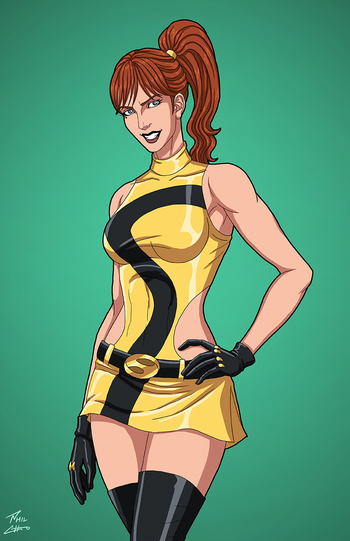 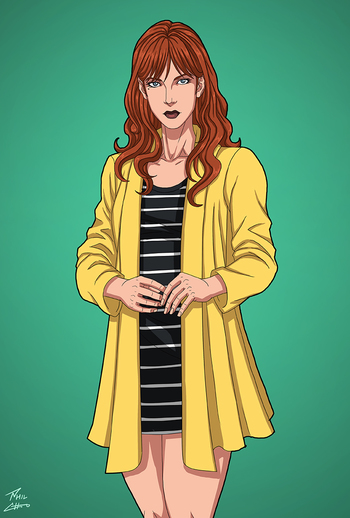 Laurie Juspeczyk was chosen by her mother to succeed her as Silk Spectre, she has became very bitter and disillusioned since the Keene Act and she uses to date Dr. Manhattan before she would marry to Dan Dreiberg. 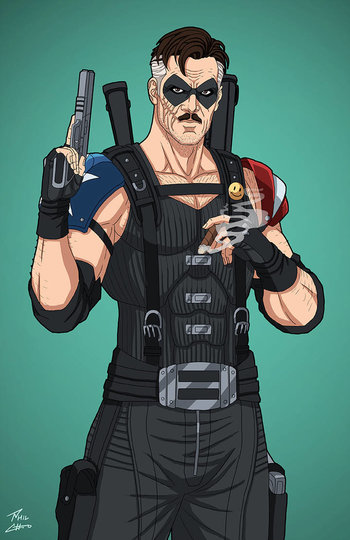 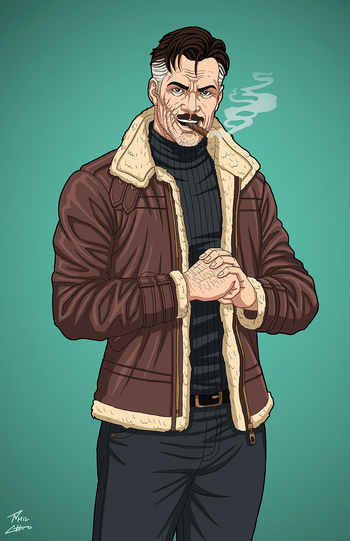 The gleefully amoral and borderline sociopathic government vigilante, The Comedian had a history of terrible deeds. His murder causes the chain of events in the story. He is known for his twisted sense of humor, his nihilistic worldview and his smiley-faced badge. 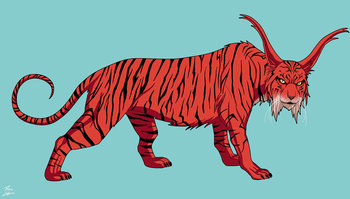