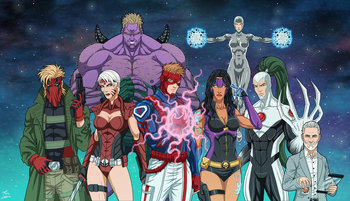 To understand the WildC.A.T.s, you need to know about the Kherubim and the Daemonites, two alien species that have been locked in war for ages. On Earth, the Kherubim and Daemonites have been waging war for a thousand years, using their half-breed spawn and agents to engage in cold wars, proxy wars, and shadow conflicts. The Kherubim, and their followers, answer to Lord Emp on Earth; while the Daemonite forces are under the command of Helspont.

Neither Emp or Helspont are typical examples of their species. Kherubim come in all shapes and sizes (as they are actually a coalition of several races with common ancestry) but generally look pretty much human and Daemonites are generally reptilian with four arms (but they can also become incorporeal to possess people and thus take human form).

Now, the WildCA.T.s are a special strike team built by Lord Emp using his human persona of Jacob Marlowe (a wealthy billionaire and head of the Halo Corporation) to assemble a crack team of operatives able to take down the biggest and baddest of the Daemonite threats as they come up. 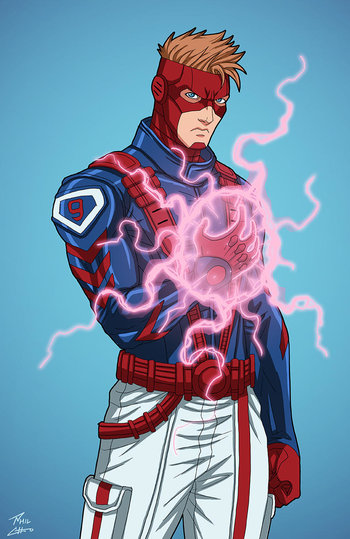 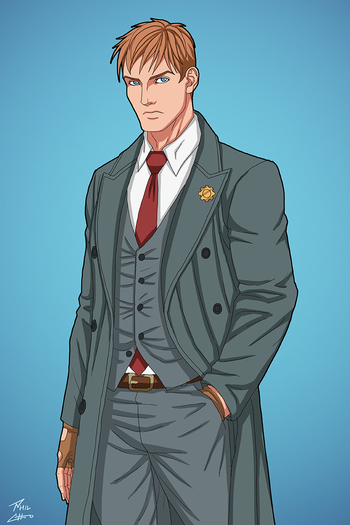 A survivor of countless battles, but nearly destroyed by Helspont's machinations, Yon Kohl lives on in an advanced android body and has assumed the identity of being the son of Jacob Marlowe. 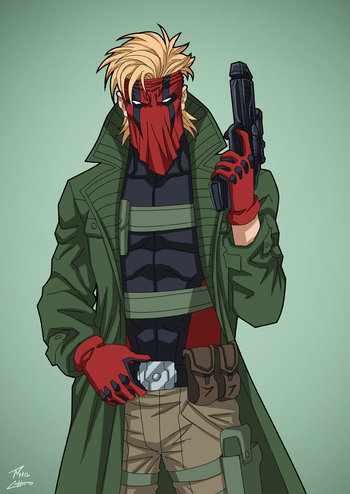 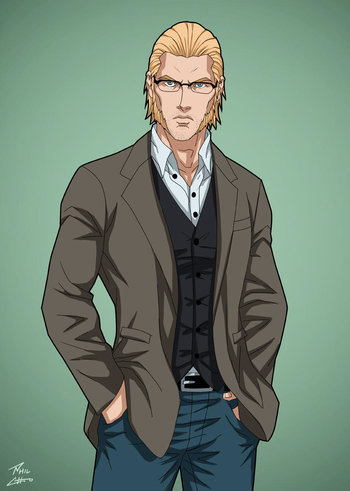 A soldier turned con-man, Cole Cash is an expert gunman and infiltrator. He is a trained military commando with minor metahuman abilities. He's the team's "token human". 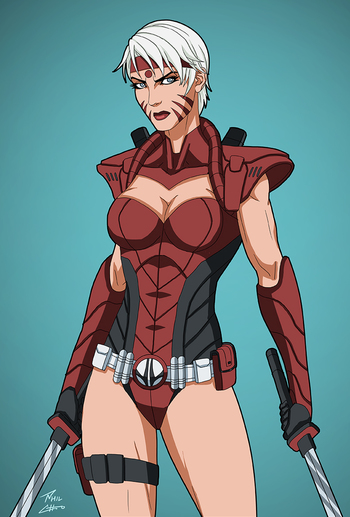 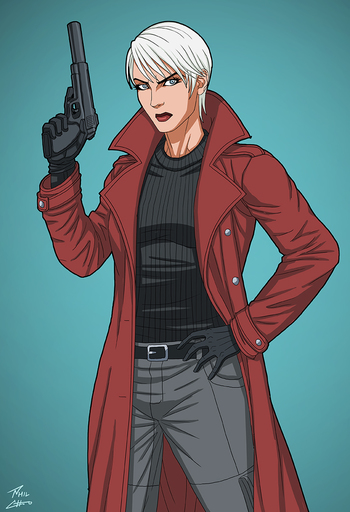 A member of the Coda clan from Kherubim, Lady Zannah is a masterful swordswoman and pure-blooded Kherubim herself. She lives for a good fight. 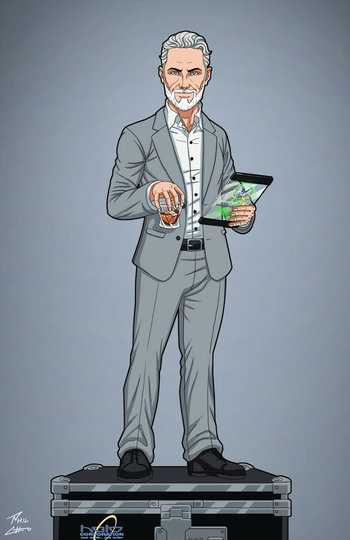 While the world at large may know Jacob Marlowe as the diminutive inventor who casts a big shadow, Kherubim know him as High Lord Emp. 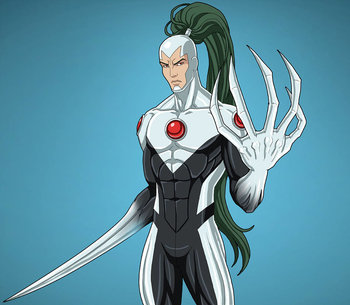 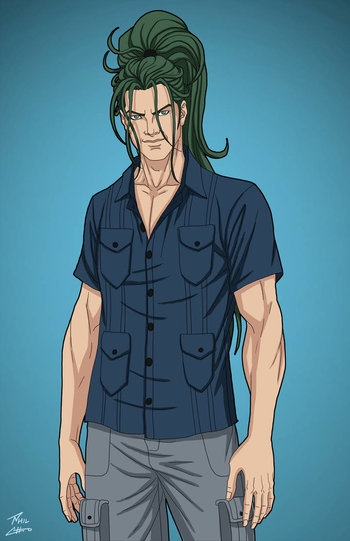 Reno is a green-haired artist that had a Kherubim father and human mother. He inherited the ability to transform his hands into infinitely sharp claws, blades, spades, or whatever else he can conjure up. 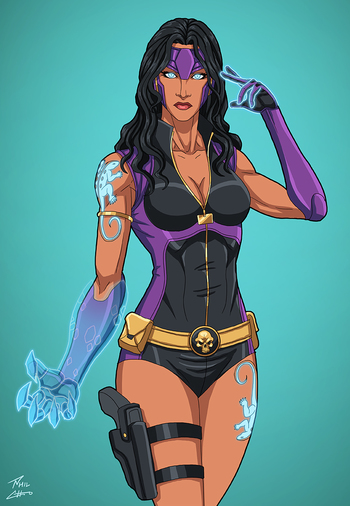 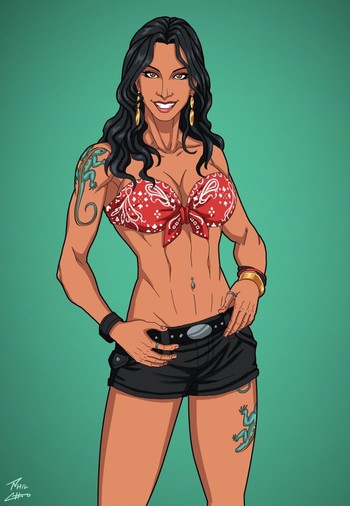 Priscilla learned to use her natural beauty and charm to take care of her needs. But the truth of her heritage and the powers she possesses make her of interest to both Kherubim and Daemonite. 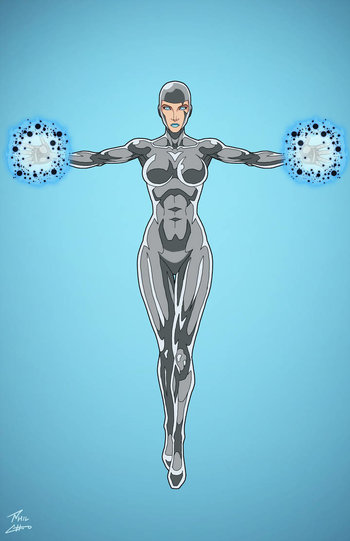 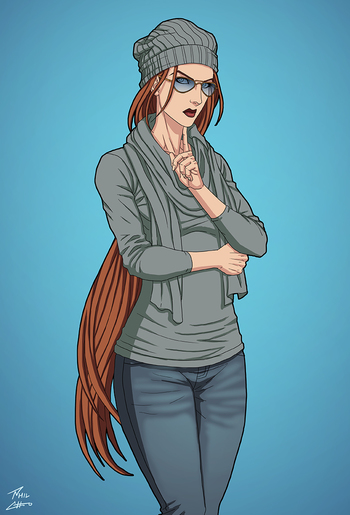 A cosmonaut who had an unfortunate encounter with a relic in space has become a being of incredible cosmic power, but at what cost? As her power grows, her personality seems to fade. 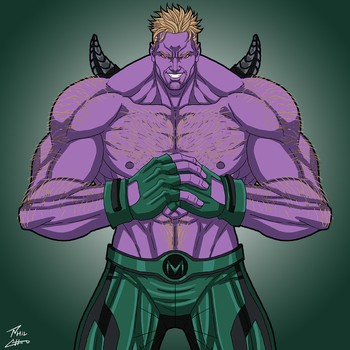 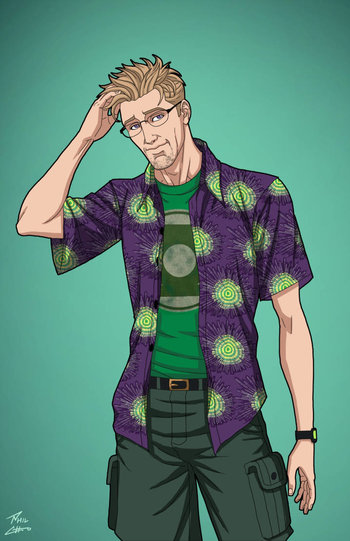 A scrawny man of science who spent his youth as a nervous sickly shut-in, Dr. Stone has recently discovered he has the ability to transform into a massive purple bulk of muscle and brute force. 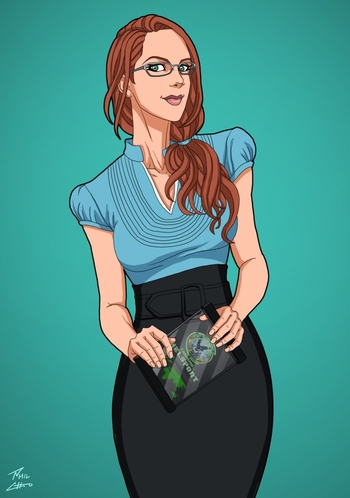 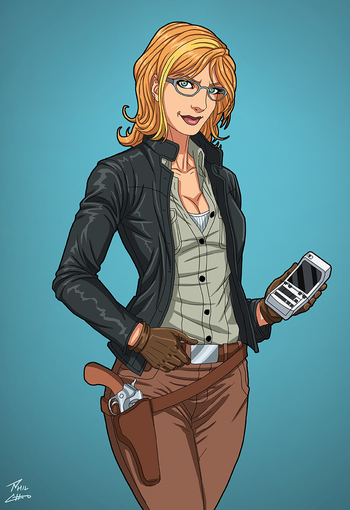 Savant is the daughter of Zealot and Majestic. She was raised as Zealot's sister and for most of her life (thousands of years) was unaware of her parentage. 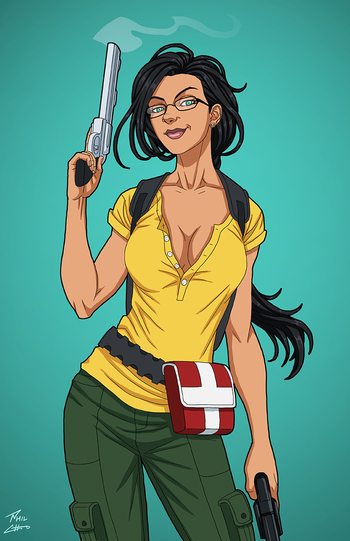 Savant's best friend. With her new found ability to avert death, Mabel went on many adventures with her two alien friends and frequent lovers. Over the years, Mabel made herself more useful by learning to shoot guns, patch up wounds, and fly planes. Today she remains the best friend and sidekick of Kenesha. 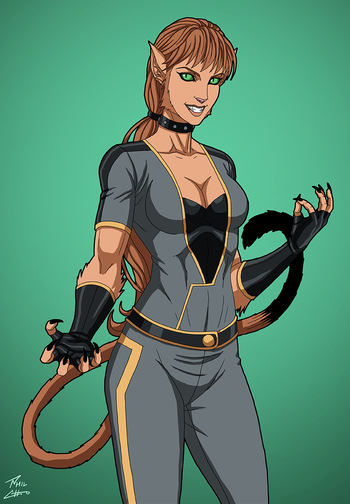 Sheba is an associate of Savant. Roughly 16 years old, her past is shrouded in mystery, as are the origins of her cat-like appearance.