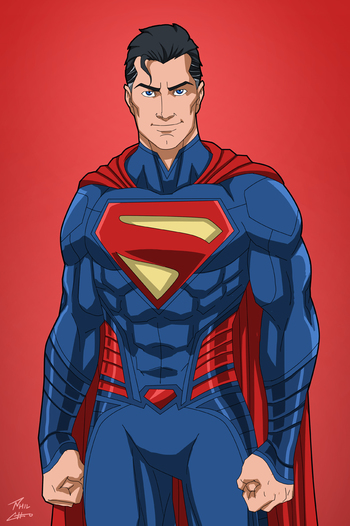 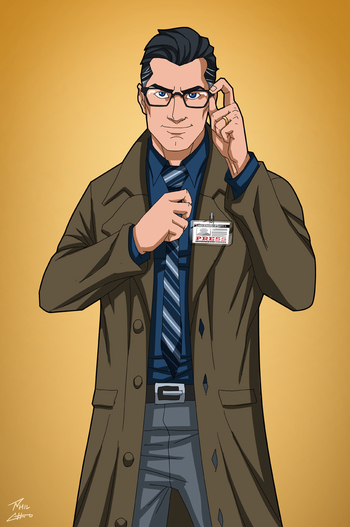 Born on the planet Krypton, Kal-El was sent to Earth as a baby shortly before his planet exploded. Discovered and adopted by a couple living in the town of Smallville, Kal-El, now named Clark Kent, discovers his superpowers as he grew up. Learning of his Kryptonian heritage, Clark decides to dedicate his life to truth, justice, and the American way. Clark currently lives a double life in the city of Metropolis, as a mild-mannered reporter for the Daily Planet, and as Superman, the Man of Steel. 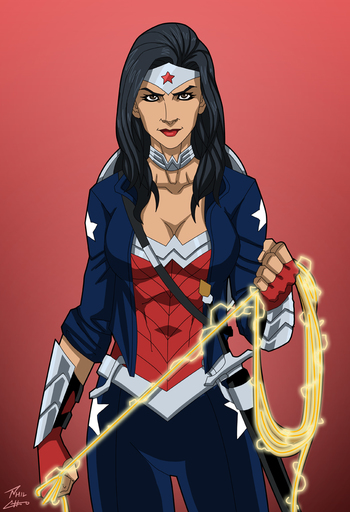 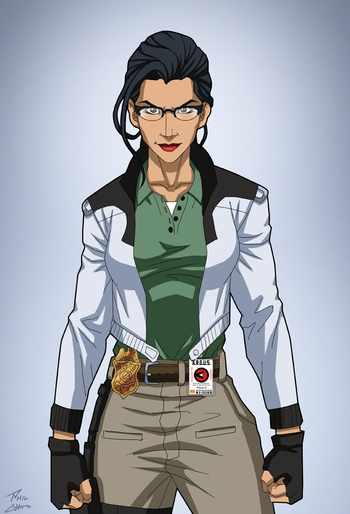 Diana of Themyscira is the daughter of Queen Hippolyta, ruler of the mythical Themysciran Amazon tribe which lives on Paradise Island, and Zeus, god of thunder and king of the Olympians. Legends say she was made of clay and mud by her mother and given life by Zeus, but Diana herself says she was made through the much more typical (and fun) method of procreation. By the time that Diana was born, the Amazons of her tribe had already settled Themyscira, fading into the realm of myth and legend.

Officially recognized as an ambassador of Themyscira, the Princess of Paradise Island became quite the sensation. Her celebrity status was a monster Diana wasn’t prepared to overcome. In the wake of the events of the September 11th, 2001, the U.S. Government was interested in gaining Themyscira’s assistance in the war on terror. Diana knew her mother had no interest in the wars of men, but Diana agreed to help the military on two conditions: she’ll be given an undercover identity to help her enjoy life as an average mortal might and that she be allowed to work alongside Steve Trevor. 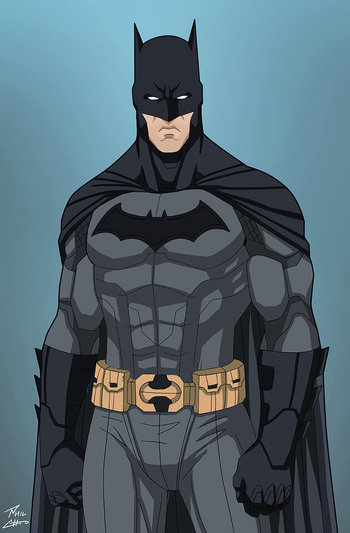 See the The Bat Family page
The Flash (Barry Allen) 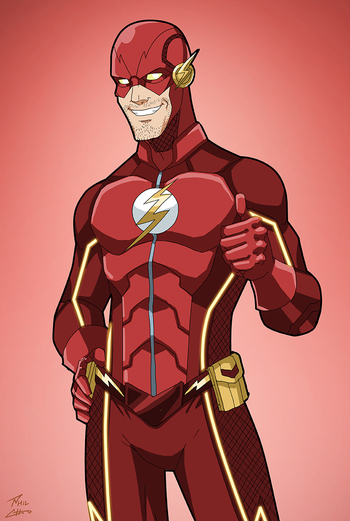 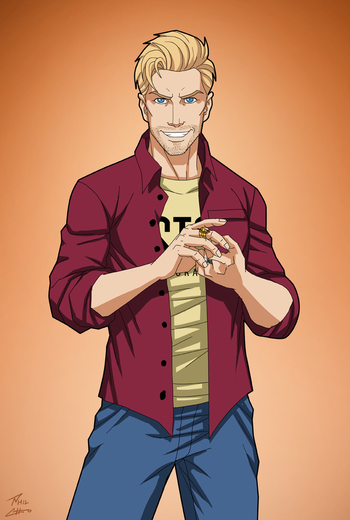 Bartholomew “Barry” Allen is the only surviving son of Henry and Nora Allen (Barry’s twin brother died in childbirth). As a child in Fallville, Iowa, Barry was known for being late, often daydreaming, and always having his head in the pages of a comic book or science fiction novel. When Barry was twelve, his life turned upside when he came home from the library to find his mother murdered. Police arrested Barry’s father, who professed his innocence. Barry swore that he would find a way to prove his father’s innocence.

When Barry stumbled upon his father’s file in his lab, Barry sat down and looked at it once more. In an epiphany, Barry saw he had overlooked a key piece of evidence that revealed Henry had killer Nora. Devastated that he had spent his entire life dedicated to a lie, Barry began to tear his lab apart, getting doused in chemicals in the process. Still enraged, Barry then ran to the rooftop (possibly to throw himself from the roof) where he had fateful encounter with a lightning bolt.

After being struck by a lightning bolt, Barry Allen slipped into a coma for six months. When he awoke, he soon discovered that a latent metahuman gene in his body had activated, changing his body to give him enhanced reflexes, an accelerated metabolism (seriously, you would not believe how much food this guy puts away on a slow day), enhanced vision, a turbocharged brain, and of course superspeed. Being the good-hearted person that he was, Barry decided to become a crime fighter like the heroes in the comic books he always reads. 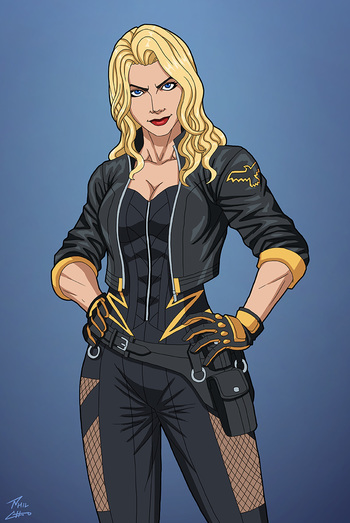 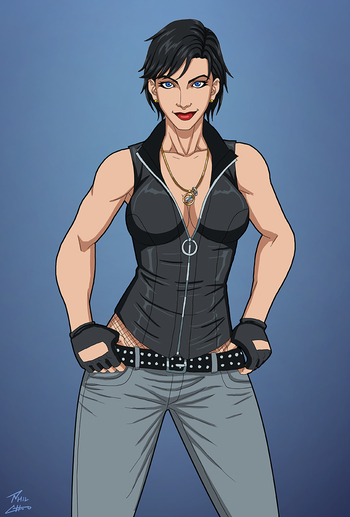 Eldest Daughter of Quentin Lance and Laurel Drake, Dinah decides to follow the foosteps of her mother as a crime fighting vigilante and heroine as Black Canary. 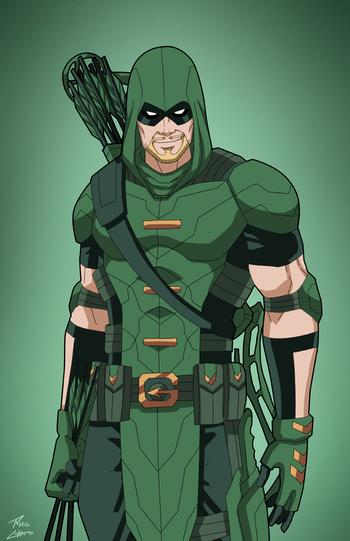 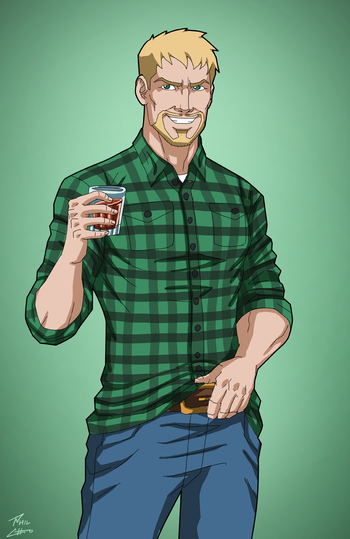 A billionaire playboy more interested in girls, drinking, and partying than doing anything with his life until becoming stranded on a (supposedly) deserted island for five years after assassins killed his parents and later being kidnapped by Ra's Al Ghul and League Of Assassins, which he became a hardened killer. Oliver returned to Star City and began a crusade to save the city as a vigilante and a hero as the Green Arrow. 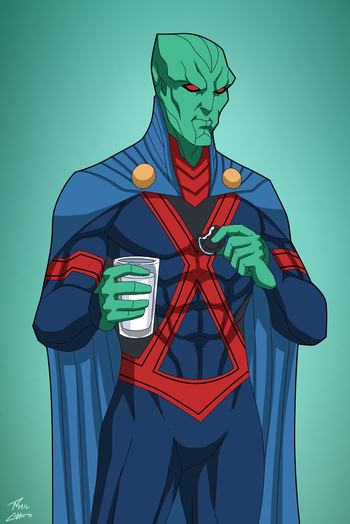 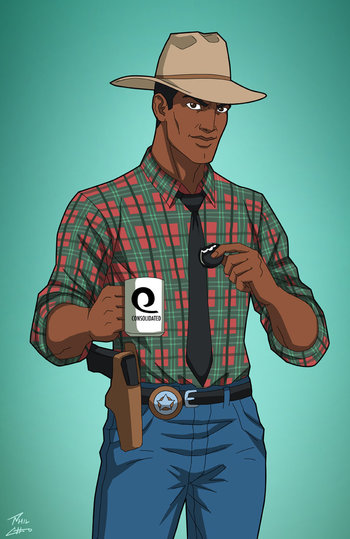 The Alien Atlas. The mysterious Manhunter from Mars is one of the JLA's longest-serving members. Although he arrived on Earth in the 1940s, J'onn laid low for decades before he felt comfortable revealing himself to humanity and quickly became one of the Justice League's founding members. Underneath his cold exterior is a warm and caring soul, and many consider him to be The Heart of the League.