Characters introduced in the works of Akira Toriyama with Masakazu Katsura, later revealed to possibly take place in the same continuity as Dragon Ball.

open/close all folders
Advertisement:
The Galactic Patrol in General 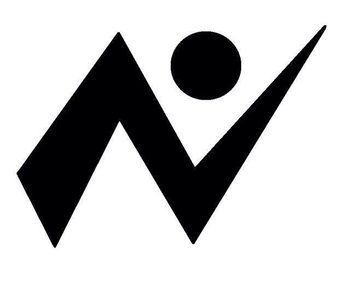 The Galactic Patrol also known as the Space Police and the Galaxy Police is a cosmic police force that is led directly by the Galactic King and helps keep order throughout the Milky Way Galaxy. While many of the members are powerful they did not have enough power to oppose the Frieza Force or even the Saiyans alone around Age 739. The Galactic Patrol also upholds a strict law forbidding the usage of time travel.

Introduced in Sachie-chan GOOD and Jiya 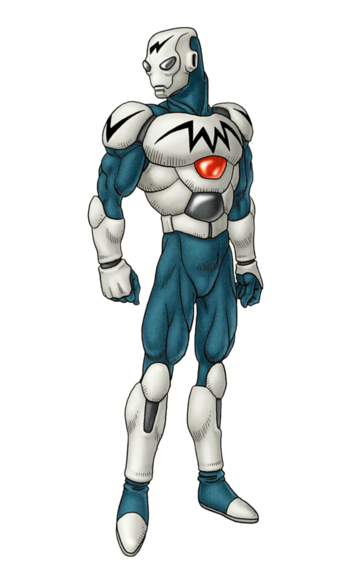 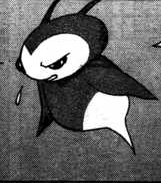 A member of the Galactic Patrol who outwardly resembles an imposing mechanical man, but beneath this exterior visage Jiya is in fact an intelligent microorganism who operates a robot suit to keep up with his peers. He originally starred in an unrelated self-titled manga miniseries by Akira Toriyama, which was released a few years before Jaco the Galactic Patrolman. 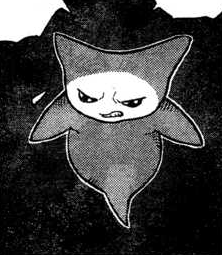 A former Galactic Patrolman and the Big Bad of Jiya.
Advertisement:

Introduced in Jaco the Galactic Patrolman

A self-proclaimed "super elite" member of the Galactic Patrol, was sent to Earth by the Galactic King for the purpose of eliminating a hostile alien threat. 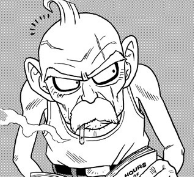 A professor who formerly researched time travel on a remote island, after losing the other researchers, including his wife, in an accident, has lived as a hermit alone on the island. 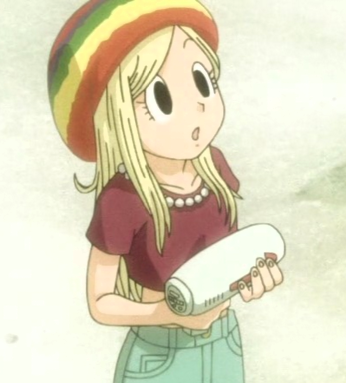 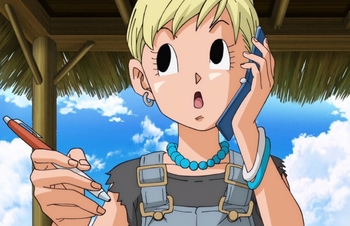 A girl that Jaco and Omori encounter in East City, fascinated with aliens and outer space. Is also a stunt double for An Azuki's rocket launch as well as the eldest daughter of Dr. Brief. 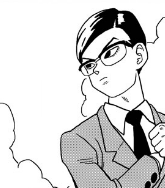 A government official sent to evict Omori from his island.

An idol who is set to participate in a space expedition as part of the promotion for her latest single.

A certain family of no small renown. Guess both Tights and her sister take after their pop.

Someday, he'll be the greatest hero Earth — nay, the multiverse — has ever known... but for now, he's just an alien fugitive Jaco's got to eliminate.

For tropes about him, see Dragon Ball: Son Goku. 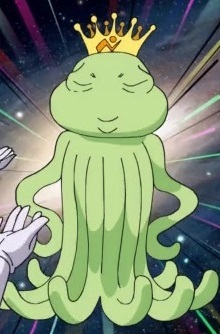 The Galactic King is the king of the Milky Way Galaxy. He joins Jaco and the crew for the tournament between Universe 6 and Universe 7.

A diminutive member of the Galactic Patrol with a knack for piloting. 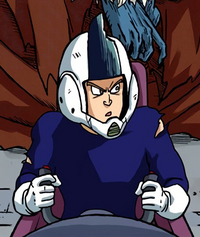 A former member of the Frieza Force who joins Moro in his quest. He was a deserter who got captured by Galactic Patrol many years ago. Introduced in the Galactic Patrol saga.

A familial trio of space bandits who regularly clash with the Galactic Patrol. 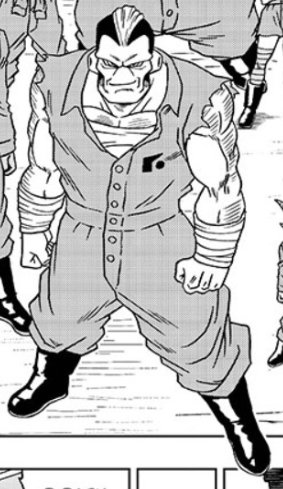 Saganbo is an ally of Moro and the leader of an army of vile criminals formerly imprisoned by the Galactic Patrol. 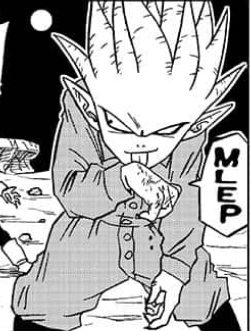 I've got a message from Lord Moro: traitors on their own are dispensable. His words, not mine.
One of Saganbo's henchmen, an infamous brigade of Galactic Bandits arrested by Merus. He is small and is the second in command.
Yunba 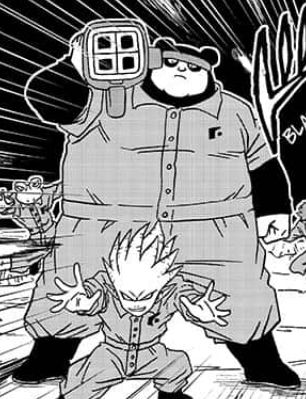 One of Saganbo's henchmen, an infamous brigade of Galactic Bandits arrested by Merus. He is big in both stature and appetite.

A prisoner of the Galactic Patrol left free by Moro.

A member of Saganbo's convict crew who is a Metal Man like Auta Magetta. 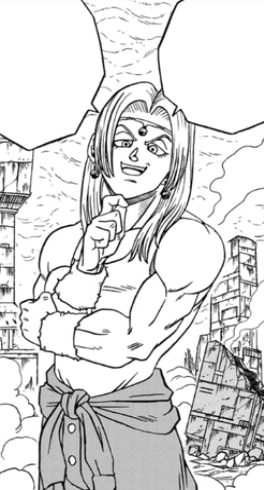 A lovely planet, brimming with energy... one that is sure to please Lord Moro.

A prisoner of the Galactic Prison left free by Moro. He is a member of Zarbon's race. 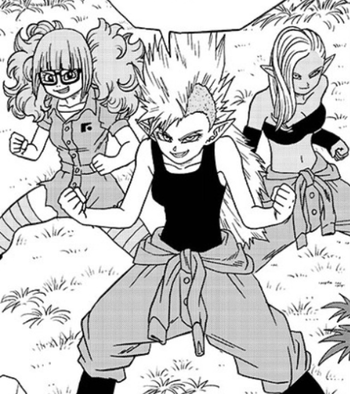 As freakin' if! We're never going back in the slammer!!

A trio of female convicts that catch the eye of Master Roshi. 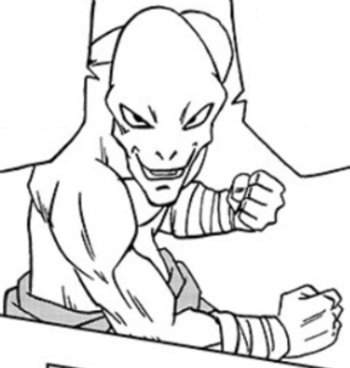