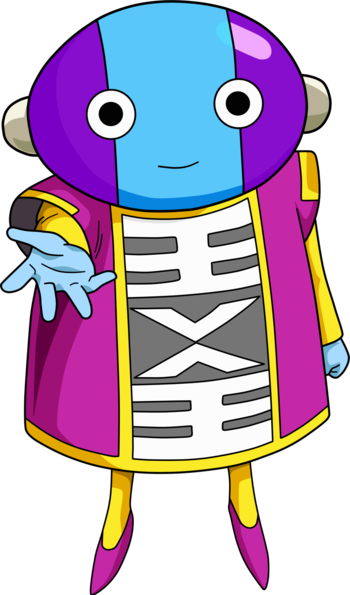 "And then I got an idea that was very good. A tournament with all the universes together. I think we should try it sometime; wouldn't that be fun?"
Voiced by (Japanese): Satomi Koorogi
Advertisement:
Voiced by (English): Sarah Wiedenheft
Voiced by (Latin American Spanish): Desireé González

The absolute ruler of the multiverse, and the most powerful character in the whole franchise (unless you count Tori-Bot). He's smaller than Monaka and much cuter to boot, yet all Gods of Creation and Destruction are cowed in terror at the mere sound or sight of him.

"All of existence, go away!"