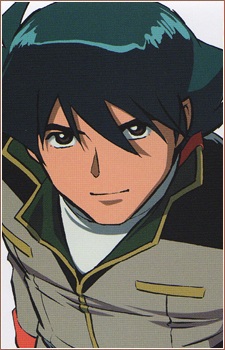 Voiced by: Nobuyuki Hiyama (Japanese) and Steve Staley, credited as "Steve Cannon" (English)
A rookie ensign newly assigned to the 08th Team, Shiro is idealistic but inexperienced. Doing his best to do what he thinks is right, his perceptions of what the right thing to do is in fact, shifted over the course of the series. 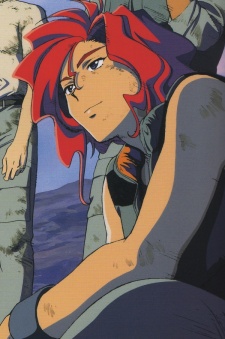 Voiced by: Mami Koyama (Japanese) and Debra Jean Rogers (English)
The 08th Team's most experienced pilot, she's the de facto leader prior to Shiro's arrival. With a cynical attitude and a no-nonsense demeanor, she's a capable soldier who gets the job done with a minimum of drama.
Terry 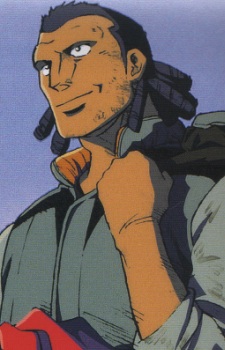 Voiced by: Tessho Genda (Japanese) and Steve Kramer (English)
An experienced pilot, he's rescued by Shiro during a mission gone bad in Episode 1, and ends up joining the 08th MS Team at the same time as Shiro does. Haunted by his previous experience in the war, it takes him some time to adjust to life in the 08th Team.
Eledore 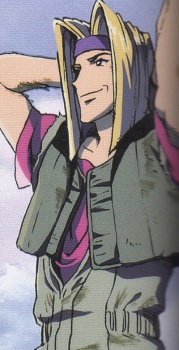 Voiced by: Keiji Fujiwara (Japanese) and Eddie Frierson (English)
The 08th Team's resident sensor tech, he accompanies the team into battle in the hovertruck, providing battlefield intel rather than fighting directly. He tends to be more interested in his fledgling music career than in being a good soldier, which tends to put him at odds with Karen. His frequent flirting probably doesn't help, either.
Michel 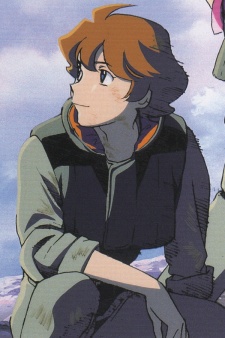 Voiced by: Hiro Yuki (Japanese) and Tony Ricci (English)
A replacement sent to the 08th MS Team along with Shiro, Michel ends up working primarily as Eledore's gofer. Somewhat timid, he spends much of his time writing to his girlfriend. Not a particularly effective soldier, and he knows it painfully.

Voiced by: Yuzuru Fujimoto (Japanese) and Alfred Thor (English)
The commanding officer of the Kojima Batallion, and thus the 08th MS Team's immediate superior. Somewhat out of favor with the high command, he spends most of his time trying to keep things running rather than leading on the battlefield.
Nickard

Voiced by: Ichirō Nagai (Japanese)
Supply officer for the Kojima Batallion. A fairly laid back old man who always carries a flask carrying liquor. He started a romantic relationship with a woman in a local town, and has something of an antagonistic relationship with Karen Joshua.
Ryer 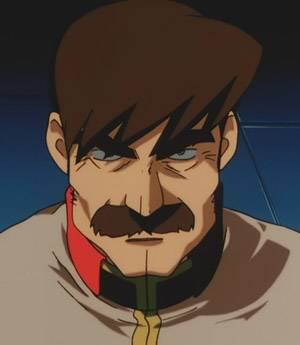 Kojima's superior, Ryer shows up late in the series, during the Federation's offensive against Ginias. Determined to destroy Zeon's base irrespective of the cost, he considers the men under him resources rather than human beings; expendable as long as it gets the job done.

Voiced by: Gara Takashima (Japanese) and Lynn Fischer (English)
The eponymous viewpoint protagonist of the movie compilation Miller's Report, Alice is a high-ranking intelligence officer assigned with investigating Shiro's activities between his disappearance and apparent association with the enemy. 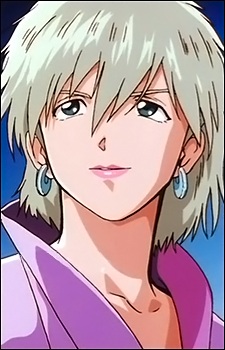 Voiced by: Kikuko Inoue (Japanese) and Emilie Brown (English)
A Zeon test pilot and younger sister to Ginias, one of its most brilliant scientists, Aina encounters Shiro in Episode 1. When the resulting battle leaves them both stranded in space, they work together in order to get rescued. Her repeated encounters with Shiro shape the overall course of the story, gradually leading both of them to question their roles in the war.
Ginias 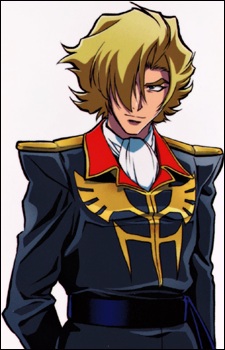 Voiced by: Show Hayami (Japanese) and Lex Lang (English)
The head of the Apsalus project, Ginias is part nobleman, part scientist, and part military commander. Suffering from Soap Opera Disease, he's prone to neglecting his health, forcing Aina to watch out for him instead. Possessed of a fragile psyche and an obsessive personality to begin with, he doesn't adjust well to the events taking place over the course of the series.
Norris 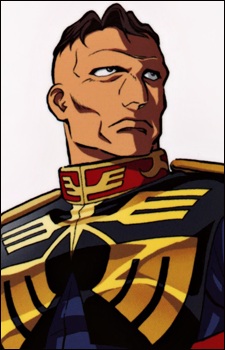 Voiced by: Osamu Ichikawa (Japanese) and Michael McConnohie (English)
A soldier with ties to the Sahalin family, he is protective of Aina specifically. Tangling with the 08th Team on several occasions, the man is a force to be reckoned with on the battlefield.

Voiced by: Kyonosuke Kami (Japanese) and Daran Norris (English)
A Zeon commander roughly equivalent to Ginias in rank, he's an actual battlefield commander as opposed to Ginias' R&D type. Thrown into conflict with Ginias when he becomes a threat to the Apsalus project by retreating to Ginias' base late in the series.
Abust

Voiced by: Kenyuu Horiuchi (Japanese) and Robert Axelrod (English)
A Zeon Captain serving under Kellarny. Abust was in charge of a Gaw carrier that ferried the Zeon Remnants from Odessa in hopes that they could escape Earth. An encounter with the 08th Team raises an interest in Abust and he attempts to run interference while the soldiers evacuate.

Voiced by: Yoshiko Sakakibara (Japanese) and Julie Demita (English)
Leader of a squadron of injured Zaku's that arrive in a village to ask for food. Unbeknownst to them it's the Guerilla camp and tensions run high as Topp and her soldiers rest there.
Dell

The rookie in Topp's squadron. Arth is an impatient slacker with little in regards to authority or empathy. 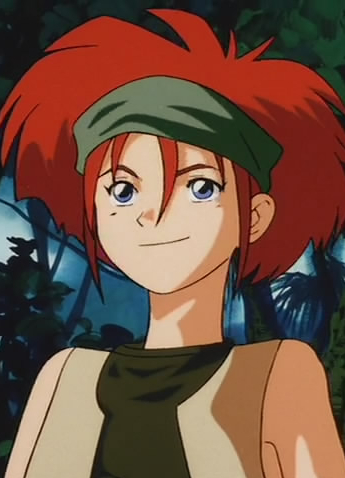 Voiced by: Chinami Nishimura (Japanese) and Michelle Ruff (English)
A civilian girl living in the area where the show takes place, she is a member of the local guerilla forces that oppose both the Earth Federation and Zeon. Initially antagonistic, she eventually warms up to Shiro when it becomes clear that he actually cares about the wellbeing of the locals. She eventually invites herself onto the team, tagging along even when they range far from her home village.