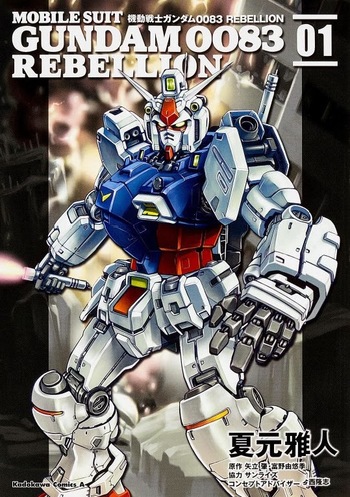 Three Years after the conclusion of the One Year War, a shaky peace has come to the Earth Sphere. The peace does not last long as Remnants of the Zeon fleet hatch a new plot and steal the GP-02, a powerful new Gundam armed with a nuclear warhead. It's up to Ensign Newbie Kou Uraki and the crew of the Albion to track the thief, Zeon Ace Anavel Gato, down and recover the unit. Yet all is not as it seems; factionalism in the Federation threatens to boil over as the Zeon formulate their newest scheme: Operation Stardust.