Characters for the series, Isuca.

Warning: There will be unmarked spoilers. Read at your own risk if you haven't gotten far into the series.

An ordinary teenage boy who accidentally stumbles upon an exorcism. In doing so, he learns that he has supernatural powers, "The Eye Of Truth" which allows him to learn the True Name of supernatural beings or those with special powers, and basically enslave them, if he so chooses.

The primary female character and leading love interest in the story. Current (temporary) head of the Shimazu clan.

Sakuya's younger cousin and rival for the title of being head of the Shimazu clan.

A nekomata that Shinichirō unwittingly rescues from Sakuya. She ends up being his first True Name slave, revealing his "Eye of Truth" ability in the process.

A cursed katana that Shinichirō acquires upon learning its True Name.

The teacher/guidance counselor that recommended Shinichirō work at Sakuya's house at the beginning of the story, so he could pay his bills. She also happens to be a high ranked family servant of the Shimazu clan.

The current (true) head of the Shimazu clan and the grandmother of both Suseri and Sakuya.

Suseri's maid. She was assigned by the Shimazu clan to tend to all of Suseri's daily, mundane needs.

A powerful mage that seeks the destruction of the Shimazu clan, and everyone in it. 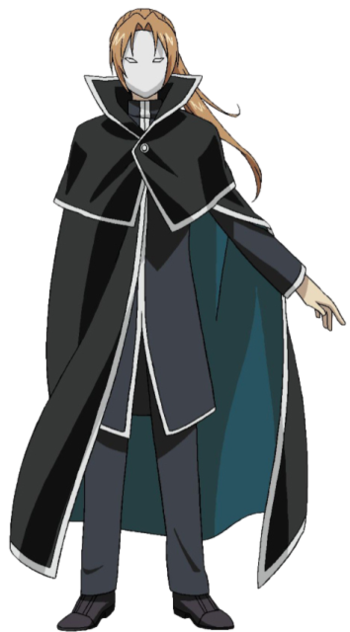 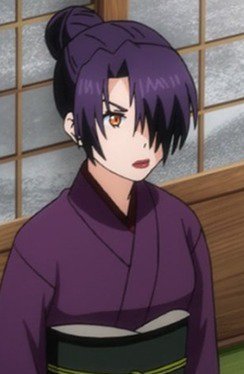 Suseri's mother. She is obsessed with making her daughter the next clan head and is adamantly opposed to Shinichirō, whom she considers inferior to the point of being sub-human.

Akiyuki Asahina
The chief of the Asahina clan, and the one giving the orders for the war of extermination against the Shimazu clan.

Two of Sakuya's classmates who idolize her at school for being "a proper upper class lady."