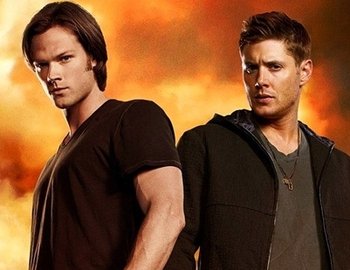 Supernatural is a supernatural suspense drama created by Eric Kripke. It ran from 2005 to 2020. In America, Season one aired on The WB and all subsequent seasons aired on The CW. 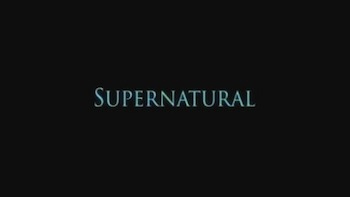 After several years of estrangement, Dean Winchester reunites with his younger brother, Sam, to ask for his help hunting supernatural creatures, a business that their missing father, John, has been involved with since the tragic death of the boys' mother, Mary. As they travel through the United States to save people and search for their father, they are unknowingly followed by a yellow-eyed demon, the same one who was responsible for Mary's death.
Season 2 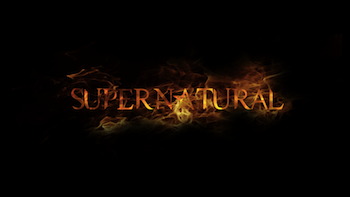 John makes a deal with the yellow-eyed demon to save Dean in exchange for his life and the Colt, the only weapon capable of killing him. This leaves Dean and Sam with no means to avenge their parents' deaths. Aided by their father's old hunting partners, including Bobby Singer, they continue the family business while attempting to kill the yellow-eyed demon, who seems to have taken an interest on Sam.
Season 3 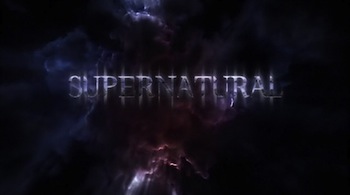 After Dean made a deal with a demon to resurrect Sam, he was given a year to live before he will be taken to Hell. Sam, filled with guilt and frustration, tries to annul the contract. In the meantime, Dean and Sam find themselves facing against three different women with different goals. The first, Bela Talbot, is a trickster the brothers occasionally cross paths with during their hunts. The second, Ruby, is a demon who, in sharp contrast to their previous experiences, is friendly and offers them help. The third, Lilith, is the first demon and master of Azazel, the yellow-eyed demon.
Advertisement:
Season 4 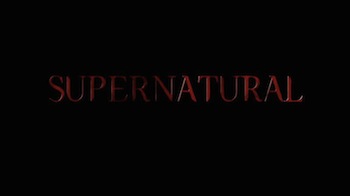 Several months after his death, Dean is resurrected by an angel named Castiel under the order of his superiors. Reuniting with Sam, who is in a relationship with Ruby, Dean finds out that since his death, Lilith has been attempting to free Lucifer, the fallen archangel, from his cage in Hell and cause the Apocalypse. Joined by Castiel and Ruby, the brothers determine to stop her from achieving her goals.
Season 5 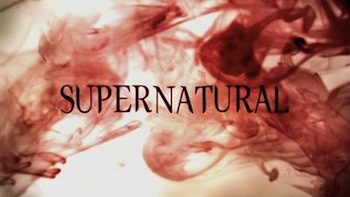 Lucifer has broken free from his prison, heralding the beginning of the Apocalypse. However, without a perfect vessel, he remains unable to exert his full power. His older brother and leader of the Host of Heaven, Michael, is similarly unable to fight him back without a perfect vessel. Dean and Sam eventually learn the unfortunate truth about the vessels' identities: themselves. With the world at stake, the brothers have to decide whether to fulfill their destiny or find another way, even in the face of incredible odds.
Season 6 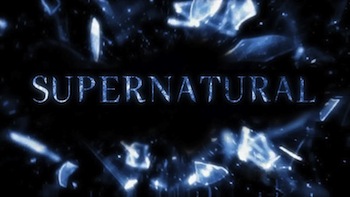 After several months living with his old flame while dealing with the loss of his brother, Dean unexpectedly reunites with Sam, who has broken free from Lucifer's grasp and escaped from the cage. However, he notices that Sam has changed for reasons he does not know. Meanwhile, Lucifer's downfall provides Crowley, a demon who once assisted the brothers, the opportunity to take over Hell, while the loss of Michael and continued absence of God throw the Host of Heaven into disarray, forcing Castiel to bring back order through any means.
Season 7 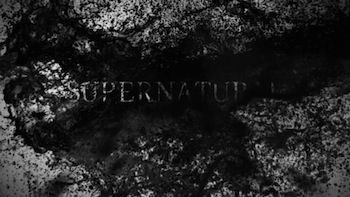 Unable to contain the power Purgatory gave him, Castiel releases the monsters within before going missing. These monsters, the ancient and seemingly unstoppable Leviathan, begin wreaking havoc on the human world. Sam and Dean must find a way to stop them before they can hunt humanity to extinction.
Season 8 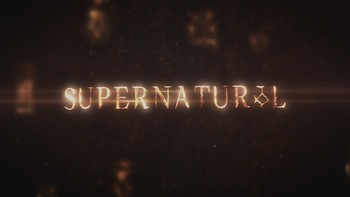 Trapped in Purgatory, Dean spends several months in a tiring journey through the unforgiving landscape before managing to come back home to Sam. Upon return, the brothers learn that Crowley, their old ally, has become an adversary, as he seeks a demon tablet that can decide the fate of demons in Earth and Hell. The brothers also learn about their paternal ancestors' legacy of the Men of Letters, rivals of the hunters as protectors of humanity against supernatural threats. Meanwhile, Castiel, who was separated from Dean in Purgatory, becomes an unwilling servant of Naomi, an angel seeking to polish off all the other rebellious angels in Heaven, forcing him to work behind the Winchesters' backs.
Advertisement:
Season 9 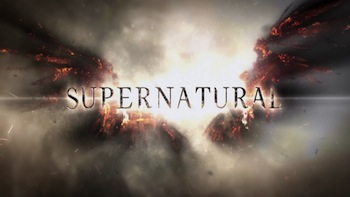 With all angels falling from Heaven, now controlled by a single man, Dean, Sam, and Castiel must find a way to topple the dictator, Metatron — who previously played them all the previous season under good faith — before he can do more harm. Meanwhile, Hell is thrown into a civil war, as Crowley's authority is challenged by a demon handpicked by Lucifer, Abaddon. While helping him combat her, Dean is forced to make a choice that can potentially take away his humanity.
Season 10 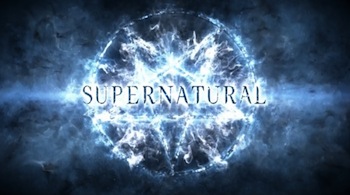 Dean walks out on Sam after turning into a demon, leaving Sam to seek Castiel's help to turn him back into a human. However, Dean continues to exhibit the degenerative effects of the Mark of Cain. Upon searching for answers, they learn that they may have to condemn the world into oblivion if they want to remove the Mark. Meanwhile, Crowley's mother, the witch Rowena, shows up to establish a power base, clashing with her son and the brothers.
Season 11 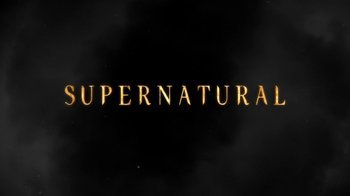 The removal of the Mark of Cain causes the Darkness to break free and terrorize the world as a way to lash out at God. Dean, Sam, Castiel, Crowley, and Rowena have to do all they can to fend her off while waiting for God to show up, making some questionable decisions along the way.
Season 12 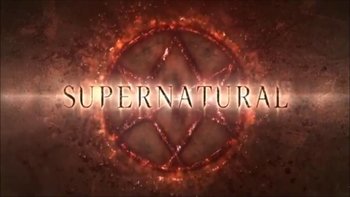 Dean and Sam slowly familiarize themselves with the unexpected revival of their mother, Mary, who was resurrected by the Darkness to thank Dean for showing her a way other than violence. In the meantime, they are confronted by the British branch of the Men of Letters as the latter attempt to expand to the United States and replace the hunters. Alongside Castiel, Crowley, and Rowena, they also have to deal with the consequences of letting Lucifer roam free on Earth and leave a legacy behind.
Season 13 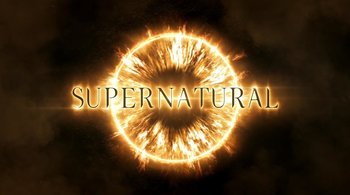 Dean and Sam struggle with the moral ambiguity of keeping Lucifer's son, a Nephilim named Jack, on their side. Meanwhile, Mary goes through the Apocalypse World with the unwanted companionship of Lucifer, learning that an important decision she made 44 years ago enabled her world to avoid its fate. She mingles with the survivors, who are fighting a hopeless war against the Host of Heaven, led by the visionary but genocidal Michael.
Season 14 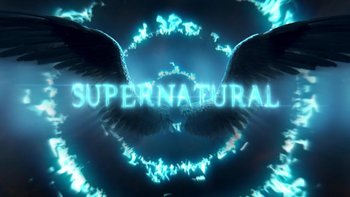 Sam, Castiel, Jack, and Mary race to rescue Dean, who is possessed by the Michael of the Apocalypse World. Jack, his grace having been absorbed by Lucifer, is slowly dying. When the others try to help him, it might have made things worse because of the unintended consequences it make.
Season 15 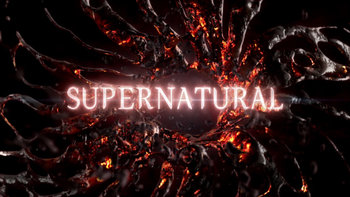 Air date: October 10, 2019 — November 19, 2020note The series was originally scheduled to air its final episode on May 18, 2020. However, the impact of the COVID-19 pandemic led to the postponement of the last seven episodes. The CW later confirmed that the seven would air during its 2020-2021 season.

With God now becoming their adversary and threatening the end of their universe, Dean, Sam, and Castiel race through time to stop him in the absence of Jack. Jack, meanwhile, is being groomed separately to fight God.