Recap / Supernatural S 09 E 23 Do You Believe In Miracles

Do You Believe in Miracles? 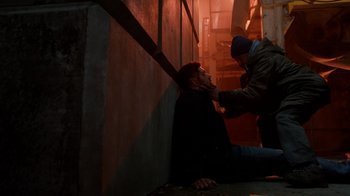 Metatron Here's a tip - next time, try to be powered by the word of God.
Written by Jeremy Carver.

Sam and Castiel put Dean in lock-up after he attacks Gadreel. Dean protests that he is their only shot at killing Metatron, and they reluctantly conclude that he's right. At this point Crowley has already freed Dean, and they set off to where Metatron is manifesting himself in Muncie, Indiana. Dean might not have as much of an advantage as he thinks, though.

For this episode: 2 angels and 3 humans.