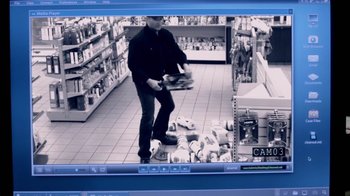 Problem is, we don't know if this guy's a hero or a psychopath.

Sam searches for his brother, who's run off with Crowley and disappeared. On the way he runs into a mysterious vigilante named Cole, who's also searching for Dean.

Crowley tries to convince Dean to work with him in creating "the perfect Hell".

Hannah enlists Castiel's help in finding two runaway angels and bringing them back under Heaven's rule.