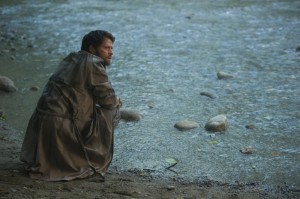 "I think too much heart was always Castiel's problem." —Samandriel to Dean

"A finger bone from the frost giant Ymir. And five-eighths of a virgin."
—Vili's bid for Thor's Hammer, Mjölnir

Sam and Dean help rescue Kevin's mother at Kevin's insistence. They find her surrounded by demons. She insists they take her with them to find the tablet, so that they can close the gates to Hell and keep Kevin safe. This leads them to an auction hosted by the god Plutus, where Kevin is offered up with the tablet in a bidding war between Crowley and an angel named Samandriel. The bidding starts at 3 billion dollars and continues to escalate, until Kevin's mother offers her soul. Before she can give her soul, Crowley possesses her and manages to escape with the tablet. Before leaving, Crowley warns Kevin that people around the Winchesters end up dead. Kevin asks to be left alone to comfort his mother, who is recovering from the possession, and uses this time to take off without Dean or Sam. Throughout the episode we see flashbacks of Dean's time in Purgatory and learn that Castiel abandoned Dean when they first arrived because the Leviathans were after him and he wanted to protect Dean.