King Of The Damned 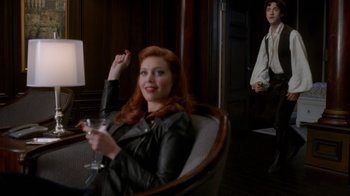 Abaddon gains an advantage over Crowley by kidnapping his son Gavin MacLeod, and uses it to turn him against the Winchesters. On the other side, Castiel learns more about Metatron's plan.