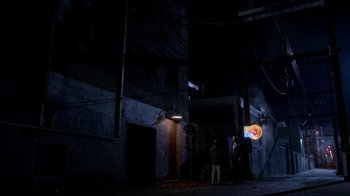 Oh, please. I know who you really are. And it isn't Ezekiel.
Advertisement: