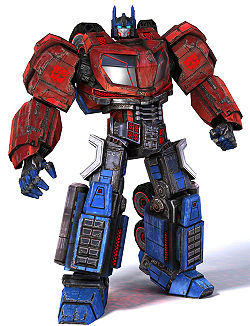 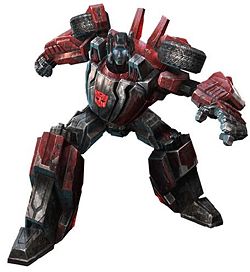 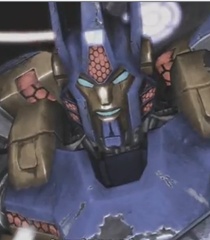 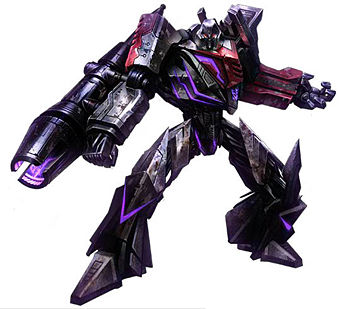 Leader of the Decepticons, aimed at conquering Cybertron and doing what he views is returning the planet to its golden age. He's clearly out of his mind, stating that no cost is too high and he feels that anything that doesn't at least stay out of his way must die.
Brawl

A Cybertron Sky Commander who is initially aligned with the Autobots, Starscream has spent over a thousand years serving as the operating commander of the Energon Station, a derelict orbital Energon processing and delivery satellite that also happens to be the last repository of Dark Energon in Cybertron. Although he initially does his best to thwart Megatron's scheme, seeing the Decepticon ruler is the first bot to ever be able to control Dark Energon makes him defect to Megatron's side.

Voiced by: Steve Blum, Corey Burton (in a commercial)