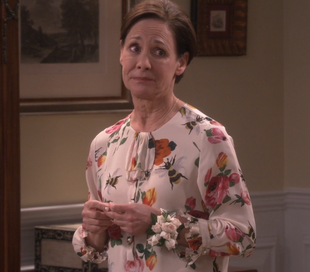 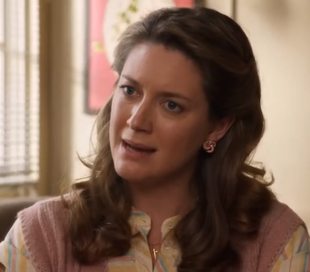 Played by: Laurie Metcalf (The Big Bang Theory); Zoe Perry (Young Sheldon)
"Leonard, the Lord never gives us more than we can handle. Thankfully, He blessed me with two other children who are dumb as soup."

Sheldon's mother, she's a very devout Evangelical Christian (whom Sheldon invariably describes as a religious fanatic) who, despite their differences, is very close to Sheldon emotionally. She is generally warm and friendly and with a southern charm that draws everyone else to love her immensely. Although not book-smart, she is extremely wise. In a comparison to Beverly Hofstader, she is essentially the mother Leonard wished he had. 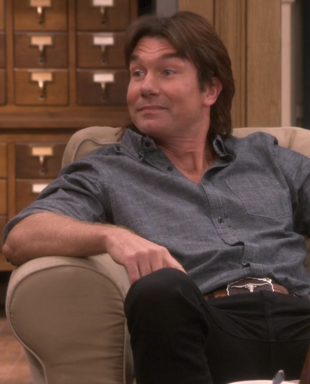 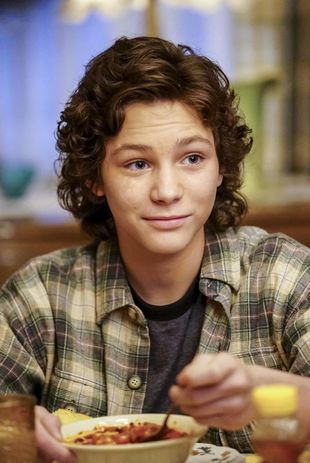 Sheldon's older brother. A chronic lamebrain destined to be a bum, but somehow muddled his way to success. He became a tire salesman (more correctly, the owner of a tire store chain called Dr. Tire). 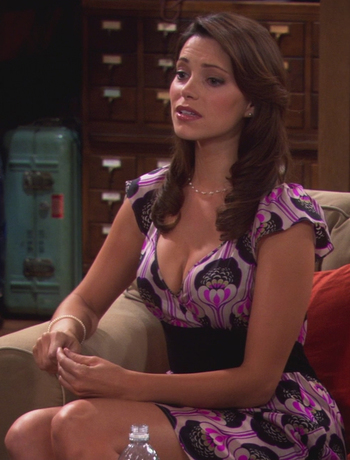 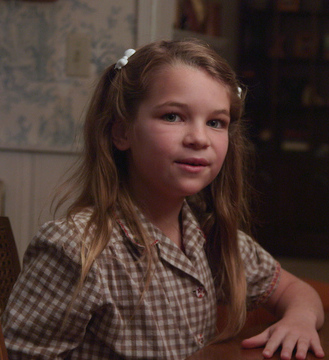 Played by: Courtney Henggeler (The Big Bang Theory), Raegan Revord (Young Sheldon)
"You listen to me. If you wanna start acting like a brother who cares about me, then terrific. Bring it on. But you try one time to tell me who I should be sleeping with, and you and I are gonna go round and round the way we did when we were little. Remember?"

Sheldon's fraternal twin sister and his polar opposite. Despite this, she is actually very proud of him, and claims that she never stops bragging at home about how her brother is a "rocket scientist." 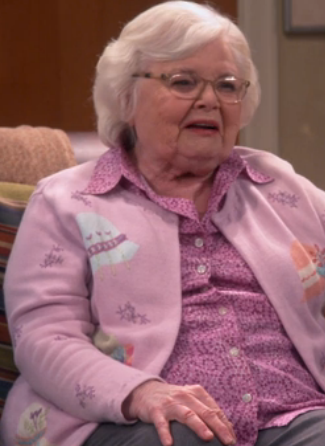 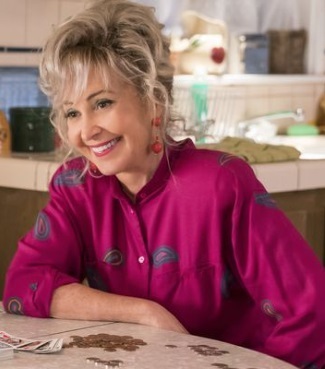 Sheldon's oft-referred to Grandmother, who refers to him as "Moon Pie". First appears in the Season 9 episode "The Meemaw Materialization". 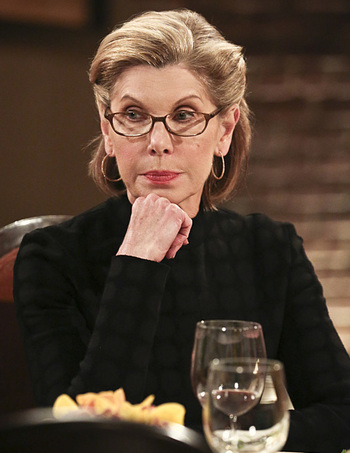 Played by: Christine Baranski
"Excuse me Leonard, I am the one getting a divorce, Mitzi is the one who is dead, why are you the one making a fuss?"

Leonard's mother, she's emotionally distant and entirely cold to him and has been his entire life, but those same qualities lets her find a kinship in Sheldon. She has a double specialty of Neurobiology and Psychiatry, specifically that of childhood development. In a comparison to Mary Cooper, she is basically the mother Sheldon wished he had.

An archeological anthropologist and Leonard's father.

Voiced by: Carol Ann Susi (The Big Bang Theory), Pamela Adlon (Young Sheldon)note combined with archived recordings of Carol Ann Susi
"TOO BUSY TO HELP YOUR MOM WITH HER ZIPPER?"

Howard's overbearing mother whom he insists lives with him, rather than he with her. During the show, she has never actually been seen on screen, only yelling from off it. According to Howard, she is very large in figure and sports facial hair. Has a tendency to treat Howard as if he is still a child, which he is often annoyed by and simultaneously enjoys on some level, and she also requires (or at least likes to have) Howard to help her with necessary tasks in daily life such as shopping and transport to/from fitness class and beauty clinics.

Sadly, her actress died in November of 2014 and The Character Died With Her.

Howard's second cousin to whom he lost his virginity to when he was 15. 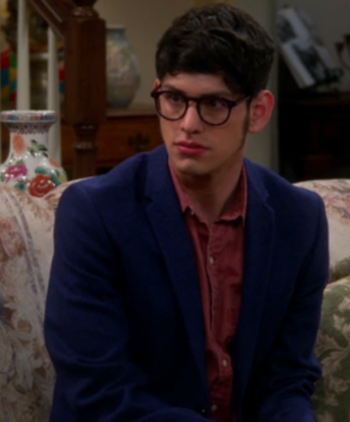 Howard's half-brother via his father. 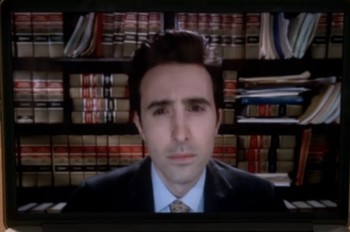 Howard's cousin who is a lawyer and lives in Florida. 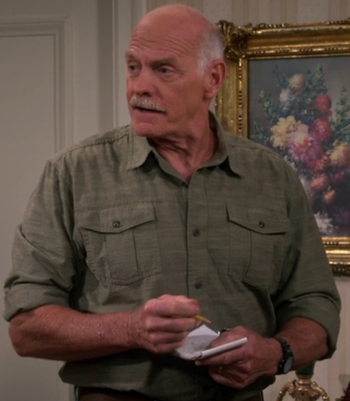 Played by: Casey Sander
"Of course. A pretty girl like Bernadette, she'll find a new guy."

Bernadette's father and later Howard's father-in-law, a retired cop and a man of few words. 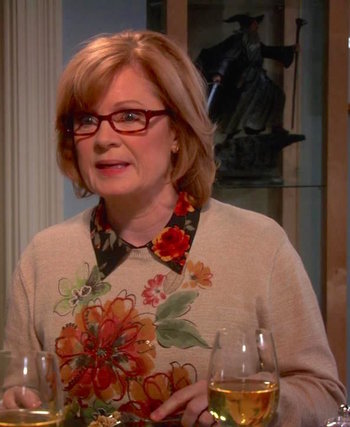 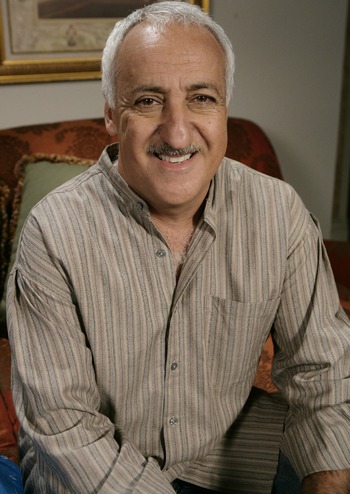 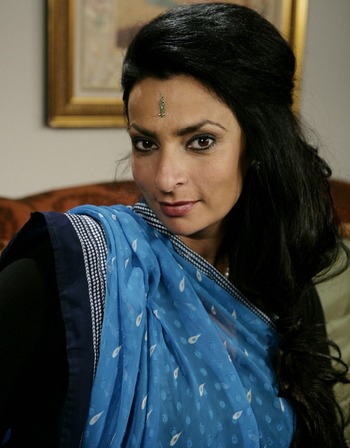 Mrs. Koothrappali
Played by: Brian George and Alice Amter
Mrs. Koothrappali: Rajesh, are you letting your sister date that little Howard boy?
Dr. Koothrappali: Now, hold on. If she is dating an American, that's not a bad way to go. He's Jewish. Those chaps are very successful, and they don't drink a lot.

Raj's parents who live in India, they hope their son will settle down with a nice (Indian) girl someday and are very willing to set him up with people. They never appear in-person but instead talk to Raj and Priya via video-chat. They divorce in Season 8. 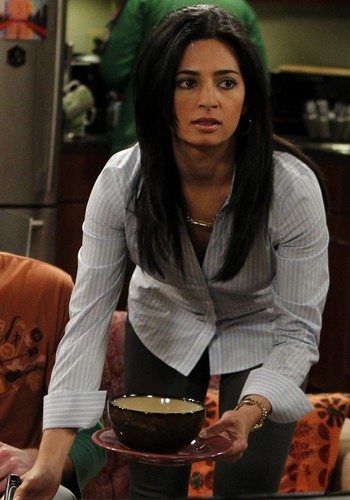 Played by: Aarti Mann
"I have five brothers and sisters. One of them is bound to screw up real big and then I'll tell my parents about you."

Raj's sister and Leonard's love interest for a good part of Season 4.

Raj's cousin who is a lawyer in India. 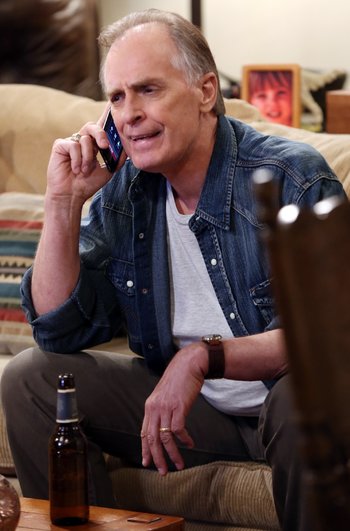 Played by: Keith Carradine
"I want grandkids before I die and I want them to grow up in a house without wheels."

Penny's mother who is first seen in the Season 10 opener.

Penny's brother who is first seen in the Season 10 opener. 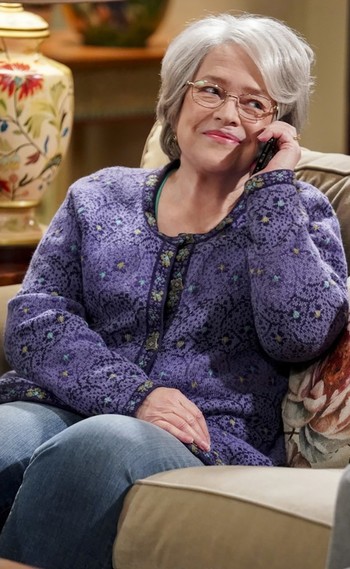 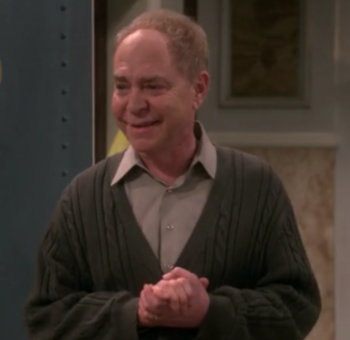 Howard and Bernadette's son and younger brother of Halley.