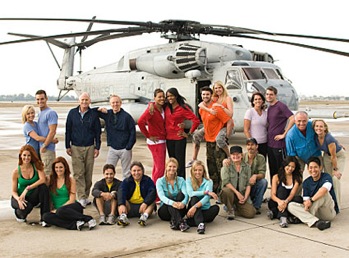 The 14th season of The Amazing Race was called "a very unique season" by producer Bertram van Munster at the start of Unfinished Business. It was the first season to cut out most of the airport scenes that used to take up the first quarter of most episodes, only leaving them in when they had a significant effect on the leg, and has the distinction of being the only season not to feature the usually ubiquitous couples teams among the top 7, thus presenting more unique team dynamics.

However, the producers clearly wanted more inter-team conflict, which was mostly lacking in the previous two seasons, and thus they stopped the traditional "eat, sleep, and mingle" Pit Stops mid-racenote which they would carry over to subsequent seasons, resulting in a cast that started off friendly, then suddenly became more cutthroat by the endgame. For better or for worse, this resulted in one of the most memorable, if polarizing, casts in the series, and it left the fans divided, as the top 4 had no consensus hero to root for or villain to root against. Despite the divisive effect they had on the fans, the teams were charismatic enough that five of the eleven teams in Unfinished Business were from this season. Like the cast, the season itself is polarizing. For the most part it's considered one of the all time greats, especially with those who watch the race for its competitive aspects (and it was the only post-Season 7 Race to make Phil's personal top 5note As of Unfinished Business), but those who dislike it really dislike it. 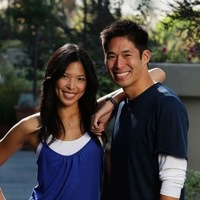 Lawyer siblings and the first Asian team to win the Race. Victor was nine years older than Tammy, and was greatly favored by their parents, which made him believe he had to be in charge and do everything for their team. This caused them huge problems early on, with their communication issues reaching their apex in Romania, when they nearly got eliminated due to Victor's stubborn refusal to listen to Tammy. However, despite that setback, they were able to work together more efficiently after that incident, only finishing below 3rd in that one leg. Despite their inability to do physical tasks well, they used their wits to make it to the Final 3. They fell behind early in the finale thanks to them struggling to carry their pig, but Victor was the only one able to finish the surfboard Roadblock without help, leading them to victory. 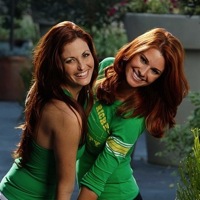 Jaime: Oftentimes, women who are aggressive and assertive are viewed as a bitch or a villain. I don't think that's fair, but I ultimately don't give a crap what everyone thinks about me. I will do what I have to do to win.

Ex-NFL cheerleaders, and the only non-family team in the top 6. They started off as middle-of-the-road racers, but were able to improve their game to the point where they gained competitive footing with the top teams. They became infamous for Jaime's Hair-Trigger Temper, which she frequently took out on locals, to the point that it made up her Final 3 montage. Ultimately, they finished 2nd due to the combination of a bad taxi and Jaime stumbling on one of the surfboards in the Final Roadblock. Jaime's outrageous, and often amusing, outbursts made them the only villain team to be invited back for Unfinished Business (with even Phil calling them the villains in pre-season interviews), and she was invited to become a Playboy Playmate. 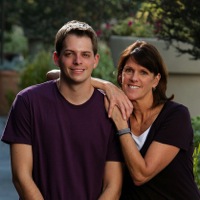 Deaf contestant and his American Sign Language-translating mother. Luke was the first deaf contestant in the seriesnote though Asia Season 2 contestant Adrian was the first in the franchise, and as such, Phil signed their Race positions at the end of each leg. They started off as a strong team and early fan favorites, and though some fans soured on Luke's bursts of impatience, they remained favorites until Luke got into a shoving match with Jen in China. Margie's surprising physical strength combined with Luke's ruthless strategy got them into the Final 3 without ever being in danger of elimination, but Luke choked away a massive lead on the Final Roadblock, leaving the task last despite having 8 of his 11 surfboards placed before the other teams showed up, ultimately giving them 3rd place. Their strong showing and Luke's Inspirationally Disadvantaged status gave them a place in Unfinished Business. 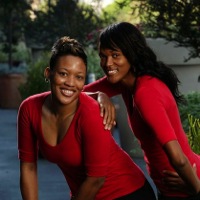 Athletic sisters. Like Tammy & Victor, they had communication issues that hindered their ability to work as a team, mainly that Jen felt Kisha was overbearing as a big sister, but unlike Tammy & Victor, they never found a way to overcome itnote at least on this season. After an unremarkable first 8 legs (both competitively and character-wise), Jen rattled off a trio of embarrassing moments in China (Her fight with Luke, falling apart at the swimming Detour, and her Potty Emergency) putting them directly in the spotlight. Ultimately, though it looked like they had a spot in the Final 3 sewn up, Jen struggled with the Foreign Queasine Roadblock, then suffered a Potty Emergency once they were almost at the Pit Stop, allowing Jaime & Cara to slip by them, and getting them eliminated in 4th. They were given the chance to erase that humiliation in Unfinished Business. 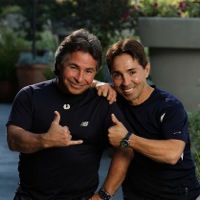 Dwarven stuntmen brothers. Though they had a lot of confidence, their inability to stay on course caused them to fall to the back of the pack a lot. They have the dubious honor of being the most frequently penalized team in the show's history (Though Nancy & Emily's 24-hour penalty remains the longest penalty, they had a total of four penalties levied on them over the course of the season). Though their first set of penalties only cost them a leg win, their second set, a pair of 2-hour penalties for using personal possessions to settle cab fairs, put them so far behind that they never saw another team after that, and they finished 5th. 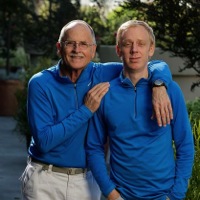 Bisexual filmmaker (whose credits include School of Rock, in which he played Ned Schneebly, and Enlightened.) and his gay pastor father. They became fan favorites in the second leg after Mel said a humble prayer expressing gratitude for the experience just as he thought they were done for. Despite their physical limitations, they managed to do very well, including winning a leg, thanks to Mel's ability to stay calm and think even when things looked at their most dire. They were eliminated in Phuket after their cab driver drove them to the wrong location looking for a gorilla statue (he took them to Patong Beach, the statue was at the zoo), landing them in 6th. Their positive attitudes and fan favorite status got them invited back for Unfinished Business. 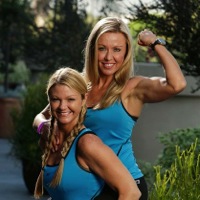 Flight attendants, they started out looking like the usual dumb blonde team, as they barely escaped elimination on the first two legs. However, they managed to stick around for half the season, even winning a leg. Unfortunately, that glory was not to last, as thanks to being saved by a non-elimination leg, they went into India with a Speed Bump. When combined with their cab driver putting them in last place from the very beginning of the leg, the extra time spent on the Speed Bump allowed Mark & Michael to narrowly beat them to the Pit Stop despite taking the slower Detour option, and they ended up 7th. Jodi is now the casting coordinator for the show. 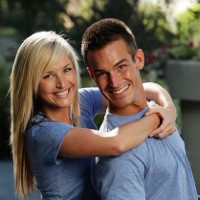 Dating couple. Though they started off strong, they would struggle with the Detour in Siberia. Their woodpile collapsed, causing them to switch Detours and fall to last place. Any hope they had of staging a comeback were dashed when they discovered they had been Blind U-Turned by Margie & Luke as a potential physical threat late in the game. Despite lasting only four legs in a season with many memorable characters, they were asked to return for Unfinished Business, where their stay would be even shorter the second time around. 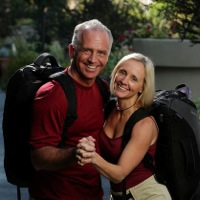 Middle-aged, thrill seeking married couple. After a decent start, they took a gamble on a flight to Romania which did not pay off, leaving them stranded overnight when they missed their connecting flight in Amsterdam due to fog, and they were eliminated in 9th place. 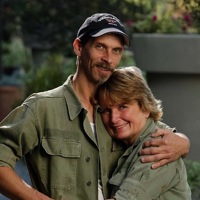 Hillbilly couple. They were unsurprisingly ill-suited to run the race, as, other than a single shining moment during Cheese Hill, they were generally slow at everything. They ended up eliminated in 10th when Linda wandered down the wrong side of the mountain at the hang gliding Roadblock, putting them far enough behind that they were never able to catch up (and receive the penalty they were sure to have gotten for her failing to complete the task correctly). Despite this, they were invited back to be the emergency alternate for Unfinished Business. 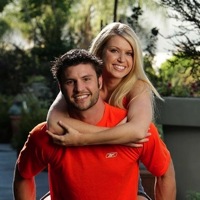 Young dating couple. Their constant bickering and Jennifer's inability to move at anything resembling a quick pace put them at the back of the pack. Though they would arrive at the Pit Stop location in 10th place, Jennifer's slowness caused them to get passed up by Christie & Jodi in the footrace to the Pit Stop, and they were eliminated in 11th.