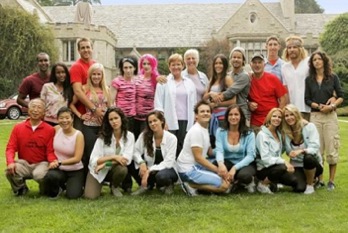 Suffering from a severely reduced budget after All-Stars, and risking cancellation once again following a streak of seasons with disappointing ratings, the twelfth season of The Amazing Race had a lot to live up to in order to keep the show afloat. The cast initially took a lot of flack for 15 out of the 22 contestants coming from California, but ultimately the combination of better prepared teams and a shift away from physically demanding tasks to tricky mental tasks resulted in the longer-lasting teams being markedly different than seasons past, with three of the top six teams being blood related. The teams were a very tightly matched lot, with close finishes being the norm (including five teams hitting the mat within seconds of each other in the third leg) and no one emerging truly dominant for long, and despite the early complaints, became one of the most liked casts, with it often being cited as having the series' most likable Final 3.

As far as race mechanics go, the Yield was replaced this season by the U-Turn, which has the same rules regarding usage but is placed shortly after the Detour and forces the affected team to go back and complete the side of the Detour they passed up before returning to the U-Turn marker and the clue behind it. In addition, the Marked for Elimination penalty for finishing in last place on a non-elimination leg was retired after two seasons and replaced with the Speed Bump, an extra task that the last-place team must complete in the following leg. Both have been used since.

The season as whole was a huge success, and, like Season 5 before it, managed to breathe new life into the long-running franchise, giving teams other than the formerly dominant alpha males and young dating couples a greater chance of winning the race, and, like Season 5, is thus considered one of the series' best. Similarly, like Season 5, Season 12 saved the show from imminent cancellation, and a season that many expected to be a final coda for the series, one last hurrah following All-Stars, instead was just the first race in a new era for the series. 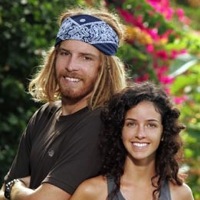 Hippie dating couple. Despite sharing the "hippie" designation with Season 9 winners B.J. & Tyler, they were the opposite in every way, being calm and mellow instead of loud and outgoing. Their ability to stay calm and focused in the face of both their own multiple mistakes and the unpredictable stresses of the Race helped them to persevere all the way to victory, with Rachel finishing the infamously tricky Final Roadblock a mere 8 minutes ahead of the intelligent Christina. 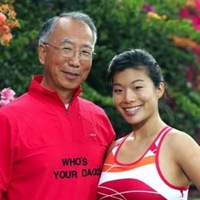 Asian father-daughter pair. Ronald became infamous in the second episode for harshly (and counterproductively) berating Christina, but immediately recognized the error of his ways and sought to improve himself throughout the course of the race. Whether he actually did is up to audience discretion, but Christina's ability to manage her father on top of the challenges of the race propelled them to become the first parent-child team to reach the Final 3, as well as dominate most of the last three legs. Only Christina's breakdown at the Final Roadblock (in contrast to her ability to stay calm and focused up until that point) put them in (a solid) 2nd place, the highest of any parent-child team for the first 23 seasons. Ron's lunacy, combined with Christina's strong racing ability, earned them a spot on Unfinished Business. 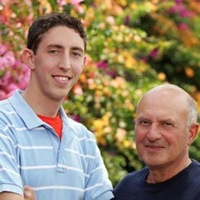 Pilot and his grandfather, the son and father-in-law, respectively, of singer Robbie Fulks. Donald became known for seemingly having done everything at one point in his life, with his pre-Final 3 accomplishments montage consisting of the tasks he applied his vast experience to. Though they generally could be found at the back of the pack, they passed seemingly stronger teams by racing consistently while other teams succumbed to mistakes and Killer Fatigue, finishing 3rd when Nick finished the Final Roadblock significantly after the other two teams. Donald is currently the oldest person to make the Final 3. 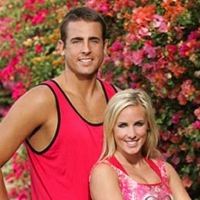 Couple attempting to fix their relationship after Nathan cheated on Jennifer. Despite this, it became quickly clear that Jen was not entirely sympathetic herself, as her warped idea of competition and gender roles had the two endlessly bickering and Jen constantly getting personally offended at other teams catching up to or getting ahead of them. Despite being otherwise adept at the race, their inability to work together constantly held them back, with their arguments often costing them that ever elusive 1st place finish. It finally caught up with them in Taiwan, where Jen's insistence that they take a train and a bus over a cab during a tight race to avoid last left them eliminated in 4th place, on Jen's birthday. 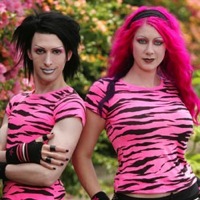 Dating Hot Topic models. Their unique wardrobe made for memorable interactions with the local cultures, which, combined with their showman behavior, made them fan favorites. They started off as solid racers until Killer Fatigue hit hard in Italy, as they got lost and earned the show's first Speed Bump. Though they managed to scratch their way back into the game in the next leg, Kynt botched the use of the U-Turn when he inexplicably used it on Nick & Don, who were far ahead of them at that point, which led to Nathan & Jennifer passing them on the Roadblock and leaving them in 5th. The "best dressed" team raced again in Unfinished Business due to their popularity. 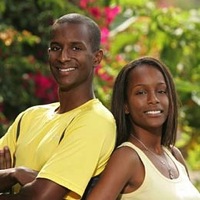 Siblings and engineers, they were the first Brother–Sister Team cast since Season 3. They started off dominating, winning three of the first four legs. However, Azaria's domineering attitude put a strain on their relationship, his control issues reaching their climax as they scrambled around the Vilnius airport, trying to book tickets to Croatia. Said tickets would prove to be their downfall, as the ticketing agent mistakenly printed them business class tickets instead of economy, and they were unable to switch before the plane left. Though delayed flights would put them withing striking distance of the other teams, they were never able to catch up, and they went out in 6th. 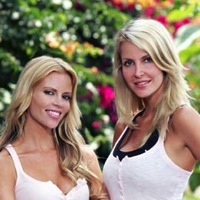 Ryan Seacrest's ex-girlfriend and her friend. Though they showed a surprising potential in the first few legs, their lack of teamwork would eventually cause their downfall. Scraping along at the bottom of the pack in the fourth leg, Shana made the decision to use the U-Turn on Lorena & Jason, even though Jennifer was fully against ever using it on anyone. Jennifer's inability to get over what she considered to be a "grave strategic mistake," would send their teamwork into a downward spiral, and they would spend the next leg focusing more on proving they were right rather than actually racing, and they argued their way out of the Race in 7th place. 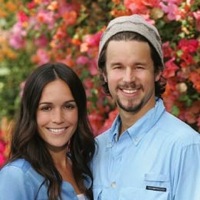 Young dating couple. They looked like early favorites, embodying the typical young, fit couple who had dominated the All-Stars era, and they even won the second leg. However, Lorena suffered a meltdown during the camel-milking Roadblock in leg 3, which, even though they managed to come back and survive the leg, left them an hour and a half behind the other teams. The lack of an equalizer in the next leg, combined with getting hit with the show's first U-Turn, meant they never had a chance to catch up, and they finished in 8th place. 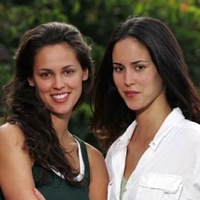 Latina sisters. Though much was expected of them by the fanbase after two seasons of watching a number of female teams destroy the show's gender barriers, they constantly finished at the back of the pack. Julia would struggle to milk her camel in Burkina Faso, and though they would leave the Roadblock in 8th, she shouted back advice to the struggling Lorena. Julia's charity would allow Lorena & Jason to pass them up at the Detour, and they finished 9th. 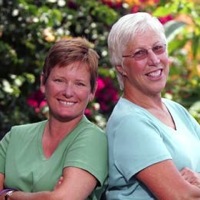 Kate: We are religious people, but we have no illusions that God cares whether or not we win The Amazing Race.

Married lesbian ministers. They were those rare Christians who understood that God doesn't care who wins a reality competition, and were greatly appreciative of the experience of the Race. In the second leg, they got on the last flight to Amsterdam, after which concentration issues plagued them while trying to find their bicycles at the Detour, dropping them behind and putting them out in 10th. 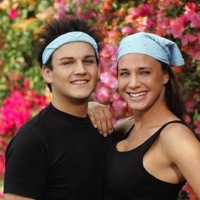 Ari: Karma's a bitch, but I'm a bigger bitch.

Greek co-ed friends. Despite finishing the Roadblock in 5th in Ireland, the donkey on the following task refused to move for them, allowing all of the other teams to pass them up. They are one of the few first outs to establish themselves as Jerkasses in only one leg, and are widely regarded as the most satisfying first elimination in the series.