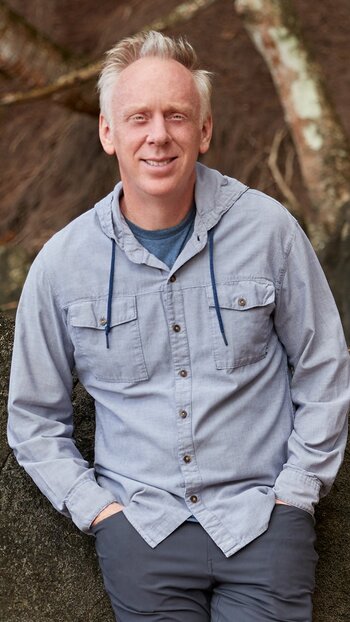 Michael Christopher "Mike" White (born June 28, 1970 in Pasadena, California) is an American screenwriter, producer, actor, director, and reality TV contestant. He's the son of Mel White, a clergyman and author who worked as a ghostwriter for significant religious right figures' autobiographies before coming out as gay. Mike himself is bisexual.

He got his start as a producer working on Dawson's Creek. After receiving significant critical acclaim for the film Chuck & Buck and his writing work on Freaks and Geeks, he broke through to mainstream audiences with his collaborations with Jack Black, including Orange County, School of Rock, and Nacho Libre. Since then, he's enjoyed a consistent career in front of and behind the camera in projects that range from acclaimed experimental films and series to blockbuster comedies. In-between projects, he's also found the time to compete on several reality shows. In 2022, his series The White Lotus earned him the Emmy Awards for Outstanding Directing for a Limited or Anthology Series or Movie and Outstanding Writing for a Limited or Anthology Series or Movie.

Though casual audiences are unlikely to recognize him beyond being Ned Schneebly, he's been a stable presence in Hollywood throughout the 21st century.