Premiering just three weeks after the Season 6 finale, the seventh season of the Race marked the only time in the show's history that they aired three seasons within a single year. Building off the momentum of increased ratings, the show finally living up to the massive critical praise heaped upon it, garnering the show's highest ratings. A portion of this increased popularity was due to the Stunt Casting of Survivor Super Couple Rob & Amber, who were at the height of their popularity fresh off of winning Survivor: All-Stars. With them, they brought a lot of Survivor fans who were exposed to the show for the first time, many of whom stuck with the Race afterwards. Along with Rob & Amber, the season featured a number of large, outgoing characters, who produced a whole slew of memorable moments. There were many close finishes, including a whopping three footraces to avoid elimination, with two of them coming in the first two legs. To top it all of, the season had an ending so unbelievable, you might just believe it was scripted that waynote And many did, despite even Rob saying it was all legit.. All in all a great season, it would mark the last true high point of the show's early seasons. 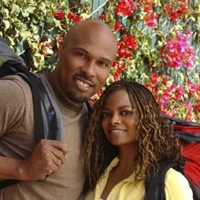 Married couple whose relationship was rocky due to lost jobs and not being able to conceive children. They were relegated to the background for most of the season before finally emerging when Joyce shaved her head to win the Fast Forward in leg 8. After making their way into the Final 3, they looked like they were going to win the penultimate leg in Jamaica, only to suffer a flat tire and drop to last place, and were forced to run the final leg with no money. After falling behind early, they would pull a miraculous comeback, begging their way onto flight after the doors had already been closed to keep from falling behind Rob & Amber, and then being forced to beg for money at the Finish Line to pay their taxi. Described by Phil prior to them reappearing on All-Stars as "the most popular team to win the Race so far" (yes, even over B.J. & Tyler), Uchenna & Joyce made quite a splash with so little airtime. 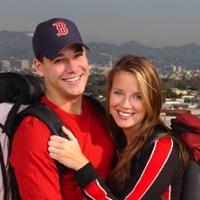 Rob: I didn't think I could do it, but I found a way to plot and scheme in The Amazing Race.

Survivor Super Couple who went through connections to get a spot on the Race. Though their presence upset some fans, there is no denying the effect they had on the show. Not only did they bring fans over from Survivor, but they also helped compile the modern Metagame by studying the tactics of former teams and copying the ones they found most effective. They dominated the season, using techniques and tactics that upset the other teams and the fans, while making some some truly entertaining television in the process.

They would jump out to a huge lead in the finale, and even though equalizers would negate this lead, they still managed to talk their way onto the first flight to Miami. Though the season looked over and their win assured, Uchenna & Joyce also talked their way onto the flight, and they fell behind when they didn't think to speak Spanish in Little Havana, and they took forever to find the "King of the Havanas". After creating such a huge splash, they would naturally be invited back for All-Stars. 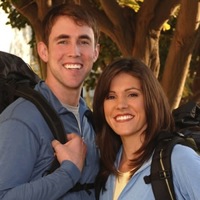 Kelly: Your patterns in life show that you don't make commitments.
Ron: You're right, I was only committed to the military.
Kelly: And you got out of that one.
Ron: How'd I get out of that one?
Kelly: By being a POW, you left your commitment early.

Former POW and Miss South Carolina 2002 who met when he escorted her for an event. Good racers in their own right, they teamed up with Rob & Amber, and were unfortunately seen as Rob's lackeys from that point out, never able to step out of his shadow. Their relationship dissolved over the course of the season, culminating with them all but breaking up at the London Heathrow Airport in the penultimate leg. They would make it to the Final 3, where they missed the turn to the San Juan airport, putting them on a later flight to Miami than the other two teams, guaranteeing them a 3rd place finish. 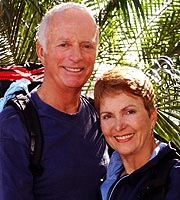 Elderly married couple, who are collectively the oldest team to compete on the Racenote tying the record set by Don & Mary Jean the previous season, making them the oldest team to make it to the final four. They cruised along at the back of the pack for most of the race, proving to be surprisingly resilient despite both suffering severe injuries over the course of the season. Despite never looking like a real threat, they managed to make it to the final four, where Meredith was beaten on the Double Decker Bus Roadblock by Joyce, causing them to finish 4th. 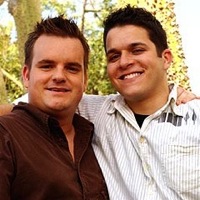 Boyfriends, they were the most vocal team of the anti-"Rob & Amber" sentiment that permeated the season. Though they were mostly a middle of the pack team, finishing above 4th only once, the other teams, including Rob, saw them as a big threat. They were going strong in leg 8, and should have survived the leg, but their cab driver took them to the wrong temple while looking for the Pit Stop, allowing Gretchen & Meredith to pass them, and resulting in their elimination in 5th place. 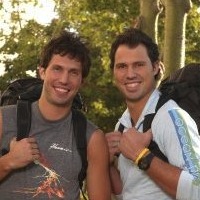 Brothers, they ran the Race well enough, even climbing to 2nd at one point, but they flipped their car in Botswana, injuring their cameraman and pushing themselves to the back of the pack. Even though they managed to survive the leg thanks to beating a disintegrating Ray & Deanna in a footrace to the Pit Stop, the next leg did not have an equalizer, and their ten minute deficit behind Gretchen & Meredith was apparently enough that they never saw another team after that, eliminating them in 6th place. Brian has since appeared on The Big Bang Theory, and in several dozen commercials, some of which have aired during subsequent seasons of the Race. 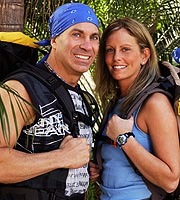 Dating couple, they came in with high expectations for themselves, but spent most their time in the back of the pack. They would finally jump to 1st place when they won the Fast Forward in leg 5, but would ultimately get eliminated on the following leg when they fell apart at the corn pounding Detour (mostly because they couldn't get into a good rhythm), putting them into a position to lose a footrace to the long trailing Brian & Greg, finishing in 7th place. 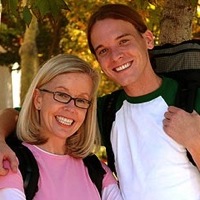 Mother and her gay son. They teamed up with Debbie & Bianca early on, the girls' fluent Spanish allowing them to finish 2nd on the first leg. Patrick would later end up having to battle Debbie during the four pounds of meat Roadblock just to stay in the Race. Though he would win, they would only last one more leg, as their boat broke down during the leg 4 Detour, causing Patrick to give up, and they finished 8th. 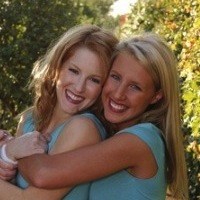 Lifelong friends. They became early favorites when they used Bianca's fluent Spanish to win the first leg, becoming the first all-female team to win a leg without a Fast Forward since Mary & Peach in Season 2. However, their Race would be cut short in the third leg when they drove two hours in the wrong direction, and were never able to quite make up the time lost, even with Debbie's magnificent performance at the meat Roadblock, and they finished in 9th. Post-race, Debbie wrote and published a novel, The Summer We Came To Life, partially based on her experience on the Race. 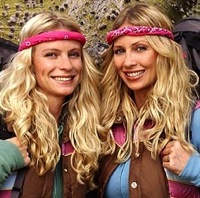 Friends and roommates, much of their time on screen was spent flirting with Brian & Greg. They fell behind early in the second leg, ultimately losing a footrace to the Pit Stop to Brian & Greg, finishing 10th. 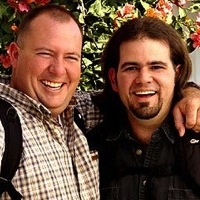 Good Old Boys and lifelong friends from South Carolina, they are one of the most popular first outs. When doing the Rope a Llama Detour in the first leg, they made the decision to only guide one llama at a time, and struggled with their second one, dropping them into a three-way tie for last place. They subsequently lost a footrace to Ron & Kelly, eliminating them in 11th place.