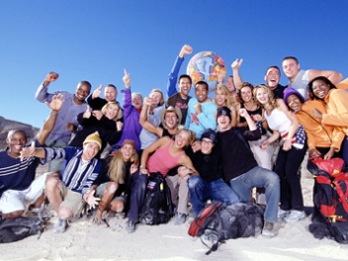 Following the cult success of the series debut, the second season aimed to build on the momentum of the first, while fixing the balance issues which plagued it (with more straightforward clues and equalizers, and a smoother difficulty curve). However, a few things did remain the same, as heavy focus was put on the villain team once again, and contestants continued to rally against those who they thought played "dirty." Overall, the season would come to be defined by the Love Triangle between two teams, and the iconic footrace to the Finish Line between them. Though the more popular teams ended up getting a bit overshadowed thanks to the Love Triangle taking center stage, the second season is considered a strong one, despite its roughness in some places. 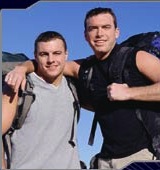 Alex: We do have this alliance with Wil... It didn't end up mattering because it was a non-elimination round, but that showed his true colors... You know, I've been pretty cool, but after he did that, screw him, I think I'm just gonna take his girl, just for him steppin' in front he's gonna have to learn a lesson the hard way.

Best friends, and half of the series' most memorable alliance. Alex's flirtations with Tara would prove to be the key to them winning the race, as she would constantly help them out, even against her own partner's protests. Though they were good at physical tasks, they tended to be weak at communicating with non-English speakers and travel in general, and Tara gave them a lot of help in these area's, practically carrying them into the finale. Chris & Alex tailed their allies through San Francisco, passing Wil and the lagging Tara during the final sprint to the Finish Line to win the million dollars. Alex later started his own reality show, Around the World for Free, in which participants traveled the world relying only on the generosity of locals. 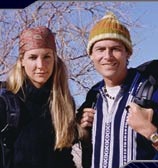 Wil: [Tara and I] have the best chance of winning, because I got Tara. I got sunshine.
(cut to pouring rain outside)

Separated couple, the original fighting couple team. Their deteriorating relationship became the focus of the season, with Tara constantly flirting with Alex despite Wil's complaints that they should be running the race for themselves. In the finale, Tara was unable to keep up during the long run to the Finish Line, allowing Chris & Alex to pass them and leave them 2nd, and providing a cautionary tale to all future teams on being careful when making alliances. 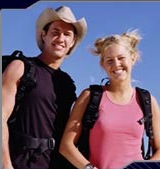 Siblings, their constantly positive attitudes hid their cutthroat natures, as they were a team that would do anything to win. They were badmouthed by the other teams, who saw Blake's somewhat bold and inventive, if not always successful, moves as "cheating." They would make the Final 3, where they were taken out of contention when they fell behind while running through the streets of San Francisco, reaching the Finish Line 3rd. Blake later became the CEO of TOMS Shoes, a charitable organization which gives shoes to a child in need for every pair of shoes sold, after seeing so many children without shoes in a return visit to Argentina. 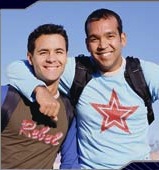 Oswald: So we found out, again, how much it is worthwhile to be polite to people when you're asking for things.

Homosexual Cuban-American best friends. They were easily the most popular team of the season due to their amicable interactions with the local cultures and their Camp Gay nature. Though their tendency to calmly and patiently deal with all obstacles often got them an advantage over the other teams, their lack of a sense of urgency would ultimately cost them in their final leg, as they fell behind and finished 4th. However, that same attitude made them the face of the season and earned them a spot in All-Stars. 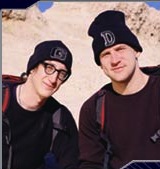 Former roommates and comedy writers. Despite being the intended comic relief team, Gary's snide comments ended up being a very "love it or hate it" form of humor, and constantly put him at odds with the other teams. They finished 5th when their Detour switching in Australia put them behind everyone else. 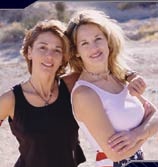 Sisters, and the only all-female team to win a leg without a Fast Forward for the first six seasons. Despite her and her sister's doubts coming into the race, Peach demonstrated herself a surprisingly adept racer, but a series of small mistakes in Hong Kong caused her to be hit hard by Killer Fatigue, and she forced Mary to stop racing, putting them out in 6th place. 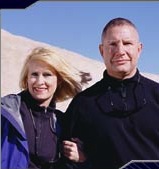 Married pastors, they were very subdued compared to the bigger personalities of their competition. They finished 7th when they got overwhelmed by the hustle and bustle of Bangkok, getting lost in the "Confusion Now" Detour and falling far behind the other teams. 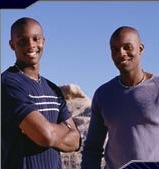 Twins, they started off as a solid team until they got lost in Namibia, being the only team to fail to find the Matterhorn Sand Dune before it closed, which left them in the dust in 8th place. 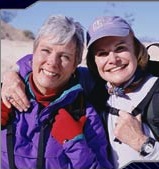 Grandmother team. Despite their nickname, they were anything but gutsy, and struggled throughout the early legs of the race until flight delays on one of their three connecting points to South Africa put them a whole day behind the other teams, and they were forced to go directly to the Pit Stop for elimination in 9th place. 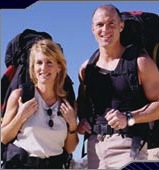 Married parents. A bad cab driver dropped them to the back of the pack in leg 2, and they were beaten to the Pit Stop by Blake & Paige (after the siblings got a replacement vehicle due to confusion over the rules), ending up 10th. 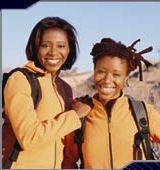 Mother-daughter pair, they went out first when Deidre struggled at rappelling.