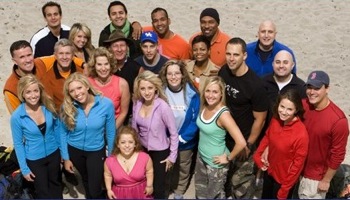 As the reality game show equivalent to "who would win in a fight?", fans had greatly anticipated an All-Star season of The Amazing Race since Season 4, and finally, it was announced that they were getting so many good teams that the eleventh season would be an All-Stars edition. The cast was stocked with seven seasons' worth of popular, often controversial teams, giving ten of the eleven (save for former winners Uchenna & Joyce) Their Greatest Second Chance at the Race.

There were numerous controversies that surrounded the race, such as accusations of unworthy teams being castnote Which the producers caused themselves by repeatedly calling All-Stars a race between the "best of the best," when in fact they had cast the teams they deemed the most memorable, not the ones who had been best at the game., the lack of Season 4 and 6 representation, a number of huge snubs (Ken & Gerard, Colin & Christienote  To be fair, they were selected, but couldn't compete because Christie was pregnant, Kris & Jon, and B.J & Tyler being the most often mentioned), the course being easy compared to what the fans had just seen in the previous season, and a production snafu in Africa that spread 7 teams over 24 hours apart from each other, which, while it made the following sets of episodes rather predictable, is still considered one of the best episodes of the first eleven seasons. When it ended with a winner who was just as unpopular as Flo and Kendra, it cemented the season as "bad" in a lot of people's minds.

However, it was still a competitive, unpredictable season, with a remarkable level of editing note Which includes the horrible streak of separation between teams in the 6th and 7th legs, and the clash of the personality titans made for some of the most interesting inter-team interactions in the entire series. At the very least, it will be remembered as the season when the gender barrier that had plagued the Race through it's early seasons was decimated, at a point in which the fanbase was getting ravenous to see an all-female team come out on top. Both female teams ended up making it into the Final Three, and it looked like one of them was a shoo-in to win, but well.... 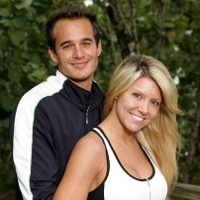 "Newly dating" couple made up of racers from opposing teams in Season 9. As expected from such a team, they bickered. A lot. Expectations were high from them pre-race, due to Eric & Jeremy having one of the statistically best seasons ever. However, Eric showed little of the skill he demonstrated in his original season, part in thanks to being shackled with a partner he didn't want to work with and who brought little to the table, as they narrowly escaped elimination repeatedly, never won a single leg prior to the finale, and only won due to a final task which required one team member to guess the other's opinions regarding the other teams. In a single year, Eric went from being a part of a team that was considered one of the best to ever run the race, to being a part of a team that was not only one of the worst to win it, but possibly the most hated winners as well. They broke up immediately after the season. 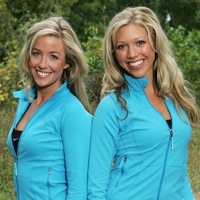 Dustin: We're bigger than she is. We can make a Beauty Queen sandwich outta her.

The intensely competitive pageant queens returned to further prove their worth as more than just pretty faces. In just the few months that had passed since filming Season 10, Dustin had married her boyfriend Luke Seltzer, and they had gone from perceived villains to fan favorites. They showed up big time, going from a good team with a tendency to overlook things on Season 10, to being one of the best teams to ever run the Race. They dominated the last half of the season, winning four legs overall, and were the easy favorites to win until they were unable to finish the final task before Eric & Danielle (partly because Dustin's initial response would not go through and she thus changed it; a fatal decision in a matching task), ending up 2nd. 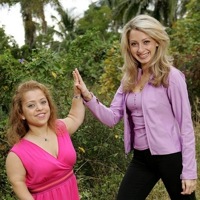 Mirna: Welcome to Charla & Mirna's world. It's a scary one.

The crazy cousins returned to once again break stereotypes. They took the madness that had defined them the first time around to a whole new level, and it caused them to clash with their competitors, the other teams becoming upset at their super-aggressive tactics. They started off as apparent Cannon Fodder, but after squeezing by Rob & Amber in leg 4, they hit their stride by winning back-to-back legs. Mirna's airport skills and their ability to charm locals carried them into the Final 3. Despite leading in the first half of the final leg, they were the last team to arrive at the final task and, being unable to finish it within the time limit, they finished 3rd. 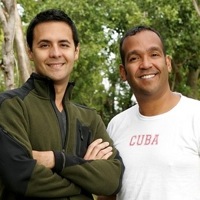 Oswald: God, grant me the patience to withstand the things I cannot change, and the intelligence to hide the body of this man once I'm done killing him.

The gay Platonic Life-Partners returned to spread more of their fabulousity around the world, though this time with a bit more snarkiness. From the very beginning they looked like the most improved team of the season, as they were never far from the front of the pack, only finishing below 4th oncenote A 5th place finish in leg 3, compared to finishing above 4th place only three times (once by Fast Forward) in their original season. Many of the tactics that had isolated them from the other teams the first time around played favorably into the Metagame, and their status as fan favorites made them popular with the other teams, even with Rob & Amber. However, they would find themselves the victims of Killer Fatigue late in the season once again. Already Marked for Elimination, they got lost looking for the naval base in Guam, and found themselves eliminated in 4th again. 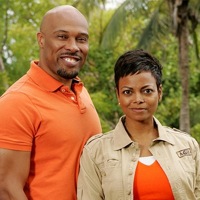 The winners of Season 7 returned for another shot at the million. As the only former winners, they were naturally afforded a lot of respect by the other teams, many of whom saw them as the favorites to win after Rob & Amber's elimination. However, they also felt the pressure of the increased competition late in the season, which caused them to take a gamble on a flight with a one-hour layover. The gamble did not pay off, as they missed their connecting flight because their flight to Frankfurt landed ten minutes late and did not get into Kuala Lumpur until all the other teams had checked in, causing them to be eliminated in 5th. 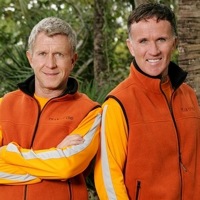 Joe: We do feel like the godfather's of tough competitors. We can be smart, we can be fast, we can be ruthless.

The conniving couple were back, having to adapt to a race that had changed significantly since they had fathered the Metagame way back in Season 1. After mostly cruising through the first five legs, they found themselves in an unfortunately familiar place, trailing hours behind the front of the pack. After two straight legs of being lapped by the lead teams, they found themselves Marked for Elimination in Poland (due to struggling with the X-Ray Detour in Warsaw). This ended up being their death sentence, as an Intersection tied them to the other teams long enough that they were unable to overcome their Marked For Elimination penalty, and despite finishing the leg in 5th, Eric and Danielle arrived before their penalty time ran out, and they were eliminated in 6th. 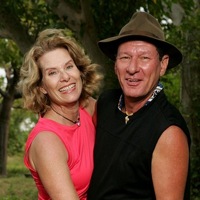 The cantankerous couple came back to compete with those youngsters again. While they started off much better than they had on Season 3, they would end up being caught on the wrong end of the Tanzania flight spread, with their only chance of staying in the Race being to beat Joe & Bill. However, they got left in the dust at the Solve It Detour, and were eliminated in 7th place. 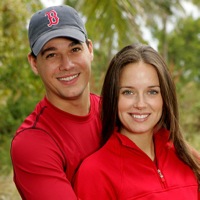 Rob: Amber and I did not drag our asses back for ''The Amazing Race All-Stars'' to finish in second place. Mark my words.

The infamous Survivor couple returned with a vengeance. For three legs, they left the other teams in the dust as they grabbed consecutive 1st place victories. However, with their egos flying higher than ever, they suddenly collapsed in the fourth leg. A series of mistakes by Rob put them in a race to avoid last with Charla & Mirna and Uchenna & Joyce, and when Rob was the last one to find his letter in the Roadblock at the end of the world, they were eliminated in 8th. 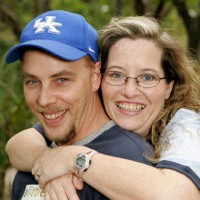 The Kentucky couple returned to a more competitive racing environment, aiming not to make stupid alliances like they did last time. Many considered them the most questionable casting decision coming into the season, as, though they were popular enough, they had struggled for most of Season 10, heavily relying on their alliance to keep them afloat. As expected, they were unable to keep up with the other teams, finishing 9th in all three of their legs. In their final leg, they were comfortably in the middle of the pack until they missed the turn for Petrohue, which guaranteed their elimination. 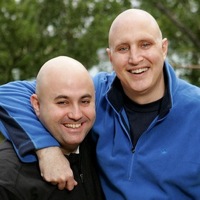 The funny Frats from Season 1 were back. Unfortunately, Drew was ill fit to run the race due to his various ailments and injuries, and they were further hindered by their complete unpreparedness, having done nothing to get ready for the season (as they had done nothing to prepare for the first season, and they thought it had worked out pretty well for them last time). They grumped their way through two legs, finishing 10th when Drew failed to notice that the speed limit had raised from 40kph to 50kph, and they were repeatedly passed by other teams on their way to the Pit Stop. 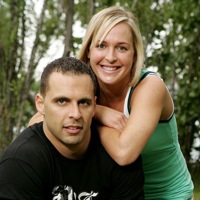 The plucky dating couple from Season 3 returned, now separated. Despite getting on the first flight to Ecuador, they became the first team out when they got bad directions to Cotopaxi National Park, and ended up at the wrong entrance, though at least Jill got to be the unofficial host of the Elimination Station.