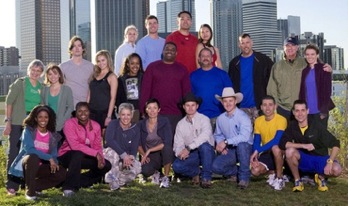 After the disappointment that had been Season 15, Season 16 was not much of an improvement, and led to the show losing the "Best Reality-Competition Show" award for the first time ever at the Emmys. It had many of the same problems as its predecessor, a large number of boring and/or unlikable teams, an overdose of Stunt Casting, and an annoyingly low level of understanding of the Metagame. This is the oldest cast the show has ever been put together, with 11 of the 22 contestants being over the age of 35, and it is also one of the most hated casts (though the two are not related). There was an overwhelming amount of bickering and negative feelings going around, which led to possibly the most hated rivalry in the series, where fans did not like either team involved. However, despite being one of the weakest seasons overall, it did produce possibly the most popular team to ever run the race, was the first season to feature two Roadblocks in the same leg, and featured one of the most memorable, if not controversial, finales in the show's history. 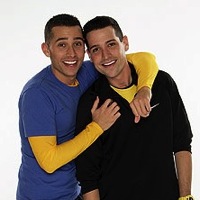 Jordan: I obviously have annoyed the cowboys, but, you know, this is a race, it's a game, and there's a million bucks at the other end, so I'm going after it.

Brothers, one straight, one gay, and one of the most surprising teams to ever win the race. They were immediately dismissed by most of the fans and were a favorite to be eliminated in the first leg after Dan made it abundantly clear that he was not a fan of the Race, nor was he particularly excited to be on it, but was just doing it for his brother. They were never one of the strongest teams, nor were they one of the weakest. They were stuck in the middle of the pack for most of the season, with their only leg win prior to the finale being via Fast Forward, and did not stick out that much, with most fans not really having an opinion about them either way. They went into the finale as the underdogs to "obvious favorites" Jet & Cord and "villains" Brent & Caite. At the Shanghai airport, they cut in front of Jet & Cord in line while waiting to book tickets on the prearranged flight, angering the Cowboys and their fans, but ultimately giving themselves no real advantage. What did give them an advantage was Dan taking the initiative to move them up to first class without additional cost during the flight, which gave them a lead they never gave up. They ended up beating the Cowboys by 25 minutes, one of the largest finale wins ever. 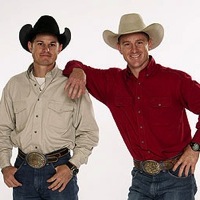 Brothers and professional bull riders. They are quite possibly the most popular team to ever run the race, displacing B.J. & Tyler from that spot just a few episodes into the season. They quickly established themselves as the favorites to win, claiming victory in both the second and third legs, and grabbing two more legs wins on their way to the Final 3, all the while captivating fans with their Southern charm. Despite looking like a shoe-in to win against some of the weakest Final 3 competition ever, they fell apart when Dan & Jordan cut in front of them at the Shanghai airport, and took so long to complete the Industrial Light & Magic task that Dan & Jordan cruised to victory. Their popularity would get them invited back for Unfinished Business and later the second All-Stars. 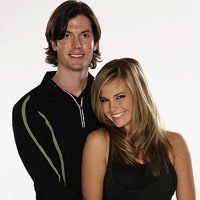 Caite (In the Miss Teen America competition): I personally believe that U.S. Americans are unable to do so because, uh, some people out there in our nation don't have maps and, uh, I believe that our, uh, education like such as, uh, South Africa and, uh, the Iraq, everywhere like such as, and, I believe that they should, our education over here in the U.S. should help the U.S., uh, or, uh, should help South Africa and should help the Iraq and the Asian countries, so we will be able to build up our future, for our children.

. She came on the race wanting to prove to people that she was not as dumb as the "U.S. Americans" quote made her seem. In the first leg, Jordan Pious recognized her, and immediately started mocking her behind her back with Brandy & Carol. Louie & Michael couldn't help but pass this on, causing Caite to instantly hate the "Mean Lesbians" (but not Dan & Jordan for some reason) and endeavor to get them eliminated. Caite spent the next twelve legs saying the same three things over and over, that (1) she hated the mean lesbians, (2) she was smart, and anyone who said otherwise should shut up, and (3) yelling at Brent to shut up, and that he was an idiot. They argued their way to the Final 3, Caite doing little to dispel the viewpoint of her as a Dumb Blonde, where they fell behind early due to a bad cabnote Though it was also their own fault for not researching their destination before getting to San Francisco, and never really got back into it, finishing 3rd. 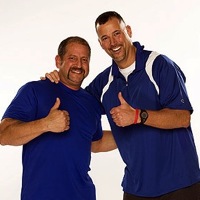 Undercover police officers who came into the season with their egos flying high, saying that they wouldn't be surprised to win every leg. They stumbled out of the block, nearly getting eliminated in each of the first three legs, before turning it around and winning the next three legs. It was during this win streak that they decided they would be the judge of who did or did not deserve to run the race, and started targeting teams because of their "negative attitudes," and getting both of their targets eliminated via U-Turn. After their win streak, they fell to the back of the pack again, ultimately being done in by a combination of their Speed Bumpnote earned when Michael botched the puzzle Roadblock in leg 10 and Louie failing to read the clue at the gold statue Roadblock, eliminating them in 4th. 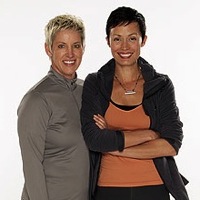 Brandy: Dumb did us in.

Dating couple. They stole a lion's share of the screen time early on due to their bickering and Brandy's constant complaining when she did not take to being out of her comfort zone very well. Brandy's attitude did not make her very popular with the other teams, especially with Caite, who held an irrational hatred towards them because of a comment that they apparently made in the first leg about Caite's tiara. This rivalry led to Caite targeting them with the U-Turn in leg 9, which dropped them from 3rd to last, putting them far enough behind that they were never able to catch up, and they were eliminated in 5th place. 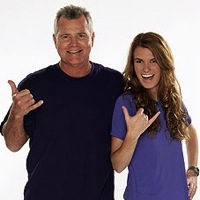 Major League Baseball coach and his daughter, Steve was the third-base coach for the 2008 World Champion Phillies. After spending the first half of the season in the background, they made a mistake in leg 7 that led to them ditching their bags in order to win their first leg of the season. They did not have to run without their bags for long, as they made another mistake in the next leg, this one more costly, as they decided to switch Detours when their cab driver got lost only a few minutes away from their destination, only to switch back when they could not complete the flag balancing Detour. This put them far enough behind that they were eliminated in 6th. 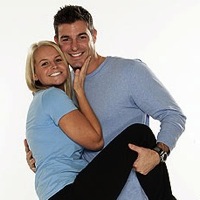 Dating couple, who met on Big Brother 11, which Jordan won. As fans of Big Brother already knew, they were not very bright, and though they managed to win the first leg, they bumbled their way to the back of the pack from then on out. Leg 4 saw them get a bad cab driver who, by following bad directions from his GPS, put them hours behind the other teams. Though they managed to survive that leg due to it being a non-elimination, neither of the next two legs had an equalizer. They once again escaped elimination in leg 5 due to Joe & Heidi being unable to decipher Morse code, they fizzled out in leg 6, as their own bad navigational skills combined with all the driving they had to do, as well their champagne tower crashing down at the Detour, kept them from closing the gap with the other teams, and they finished 7th. 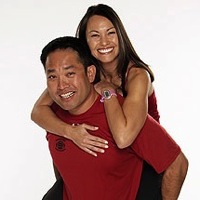 Married couple. Joe's forceful personality, combined with Heidi's more submissive one, put Joe in a negative light from the very beginning of the season. After hovering around the top of the pack for the first four legs, Louie & Michael hit them with a U-Turn during leg 5. Normally, this would not have posed much of a problem, as the leg had not had an equalizer, and they had started the leg over two hours in front of Jeff & Jordan, but their complete inability to decipher Morse Code dropped them to the back of the pack, and Phil came out to the Detour to eliminate them in 8th place. 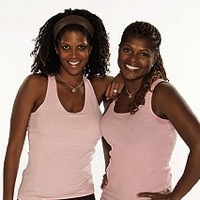 Best friends and lawyers. These moms looked like they could be top contenders after strong showings on the first two legs. However, Shawne struggled with the lasso Roadblock during leg 3, taking over 100 tries to lasso her steer, putting them in last place. Though they had a chance to catch up at the Detour, they struggled with the polo side, eventually deciding to switch Detours and sealing their fate in 9th place. 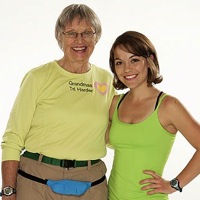 Grandmother/granddaughter team. Jody was a former couch potato who got into shape post-retirement, and now ran half-marathons. Despite her new found fitness, she set low a standard for herself, stating at the Elimination Station that she hadn't expected to win the Race. They were the only team on the last bus to Puerto Varas in the second leg, putting them far behind to start the leg. Even though they were able to temporarily pass Louie & Michael (thanks to the cops driving nineteen miles out of their way), Jody struggled to milk her cow at the Roadblock, and they were eliminated in 10th. 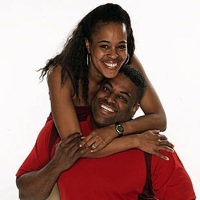 High-School Sweethearts suffering financial problems due to a failed business, they put on the poorest showing in Race history. Despite being the first team to reach the airport in the first leg, mechanical issues with their plane and a bad cab driver dropped them to the middle of the pack. All their bad luck proved to be irrelevant, as Adrian failed the high wire Roadblock twice, and Phil had to come out to the Roadblock to eliminate them in 11th. They were the third team to get eliminated without finishing a single leg, however both Bilal & Sa'eed and Eric & Lisa were eliminated at legitimate elimination points, whereas Adrian was unable to complete the Race's first task, the wire walking challenge, a variation of which appears on almost every season, and has been completed by every other team who has attempted it.