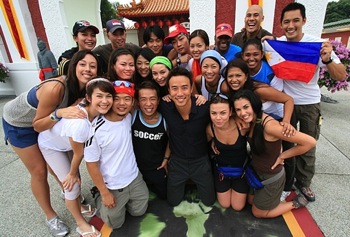 The second installment of The Amazing Race Asia did nothing to improve on the negative aspects of the first season. Despite having the most ambitious travel course note With 5 legs of teams traveling outside Asia,there were still an overabundance of non-elimination legs, and a lack of Confession Cam footage and voiceovers that caused the show to dragnote One Roadblock had the teams trying to find the correct padlock for the key they were given, with some shots showing the contestants trying ten locks uninterrupted without cutting away or any sort of commentary. At the same time, the course was much weaker than the first season's, with many overly simple and straightforward tasks. The erratic placement of equalizers evened up the teams multiple times on some legs, while leaving them hours apart on others, leading to several legs where the eliminated team was fairly evident early on in the episode. Nor was the season very competitive, as two teams dominated the others, finishing as the top two teams in nine separate legs. Not to mention, none of this was helped by how the season ran almost simultaneously with The Amazing Race 12, which was busy reinventing many aspects of the series, making Asia Season 2 feel archaic in comparison. 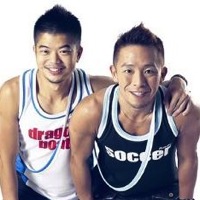 Gym buddies from Singapore, Adrian is deaf. They spent much of the season in 2nd place behind the dominating Marc & Rovilson, finishing second to them seven times over the course of the season. While both teams excelled at the game, they could not have been more opposite personality wise. While Marc & Rovilson stood out because of their antics, Adrian & Collin were more contemplative and stoic in their gameplay, being all business compared to Marc & Rovilson's fun. Despite nearly making a fatal mistake in the finale, letting their cab go after finding the clue at the Raffles Statue, forcing them to immediately have to hail another one, Adrian used his childhood knowledge of world flags to breeze by Vanessa and Rovilson at the Final Exam Finale flag Roadblock, winning them the Race. 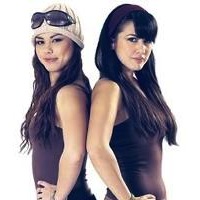 Sisters from Malaysia. After winning the first leg, they would spend most of the season scrambling along behind Marc & Rovilson and Adrian & Collin, struggling to stay in the Race while the two male teams excelled. They appeared to be an afterthought going into the finale, but the mid-leg flight to Singapore allowed them to catch up to the other teams. They went into the final flag Roadblock in 2nd place, and though Vanessa was able to pass Rovilson on the task, Adrian blew right by her, and they ended up 2nd. 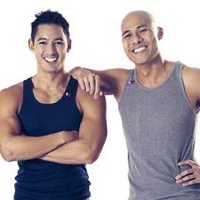 Friends from the Philippines, they ran the most statistically dominant season of any team in the franchise, winning eight legs and never finishing below 2nd place prior to the finale. Aside from dominating the gameplay, they also dominated the airtime, their goofy antics being focused on frequently throughout the season. They looked like locks to win in the finale, and even led for most of the leg, but Rovilson fell apart on the flag Roadblock, getting passed by both Adrian and Vanessa, and, for the first time all season, they finished in 3rd. 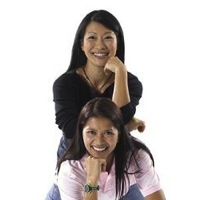 Dancing mums from Malaysia. They spent most of the season hovering in 3rd and 4th place, eternally stuck behind the domination of Marc & Rovilson and Adrian & Collin. They were also curt and businesslike in their gameplay, enough so that most of the other teams disliked them and were gunning for their elimination. After surviving a Yield to make it to the top 4, they were the only team to secure tickets all the way through to Cape Town, South Africa before leaving Hungary. However, the other teams would find a faster flight upon reaching Frankfurt, dropping the moms almost an hour behind to start the leg, and they were unable to make up that time, eliminating them in 4th. 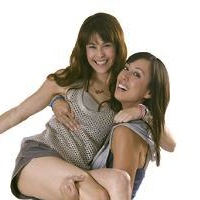 Childhood friends from Thailand, Paula is a well known television hostess and presenter in Thailand. They ran a mostly unremarkable Race, with much of their airtime taken up by their dislike of Ann & Diane, and their plotting to get the moms eliminated. They finished last in leg 9 due to No Sense of Direction, but were non-eliminated. However, as the next leg stayed in Hungary, and there was no equalizer on the leg, they never saw another team, even with Ann & Diane getting Yielded, and were eliminated in 5th. Paula would return as the first leg Pit Stop Greeter in Season 3. 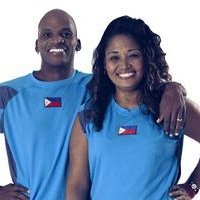 Married couple from the Philippines, Terri spent much of the season yelling at Henry, abusing him to the point of tears. They also spent a lot of time at the back of the pack. Of their nine episodes, they finished in the bottom 2 seven times, including a dreadful three straight last place finishes. Their poor navigation in South Korea put them last into the Pit Stop in the 6th leg, only for them to be saved by non-elimination. This put them as the last team into the airport in the following leg, putting them last on all the waiting lists on the overbooked flights to Frankfurt, Germany, and they ended up on a flight twelve hours behind the other teams. They were saved by non-elimination once again, and even had the benefit of an Intersection to help make up the five hour gap between themselves and Paula & Natasha. Unfortunately, that same Intersection kept them paired with Paula & Natasha for two tasks, and with only a short Roadblock following the split up, they had no chance to survive, and were eliminated in 6th place. 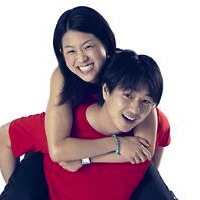 Siblings, they were the only Japanese team in the show's four seasons. After spending the entirety of the first half of leg 5 in 1st place, leading the other teams in their own country, everything went wrong for them in the second half of the double leg. They got two bad cab drivers who dropped them to the back of the pack, and were the only team to attempt the longer Delivery Detour, instead of just reaching into a tank of octopi for two coins. What ultimately did them in though was when they were lost and searching for the clue at the Narumuri APEC House. Ann & Diane made sure they overheard a lie about them having already found the clue. While Daichi did not believe them, Sawaka did, and the time they spent arguing over this dropped them to last place, and they were eliminated in 7th. 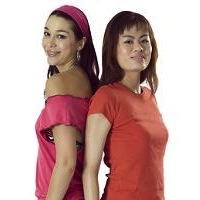 Former house-mates, they were friends again after having a huge falling out several years previously, though they clearly had not worked out all their issues before coming on the Race. They argued from the very beginning, with Sophie constantly complaining about Aurelia's spacy and childish behavior. They drove 200 kilometers off course in the third leg, only to be saved from elimination by Brett & Kinaryosih's even worse navigation. However, any chance they had of catching up to the other teams was immediately dashed when the next leg stayed in New Zealand, and as there was no equalizer to close the gap between them and the other teams, they were eliminated in 8th place. 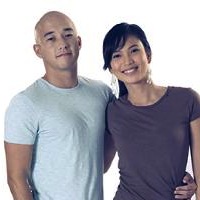 Model/actress and her boyfriend of two years. After an unremarkable first two legs, they got lost looking for the Howick Historical Village in New Zealand, falling far behind the other teams. Things would get worse for them as Kinaryosih broke down into tears at the wall climbing Detour. They tried to switch Detours, only to find that the rowing club had already closed for the night, and were immediately taken to the mat to be eliminated in 9th. 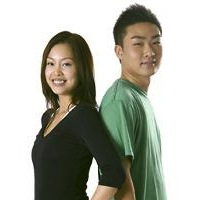 Dating couple from Hong Kong. They started off the first leg by struggling to find their marked cab, during which they got into a fight over Edwin having to carry Monica's bag. Things did not improve from there, as they took so long to find the cab, they ended up stuck on the second flight to the Philippines with only one other team, and ended up losing the leg and being Marked for Elimination. They never recovered, as, though they managed to catch up and pass to fellow tailing team Terri & Henry in the next leg, the lack of an equalizer meant they had no chance to win the leg, and the Marked for Elimination penalty would almost surely doom them. Their slim lead on Terri & Henry vanished when they struggled to assemble a bicycle at the Detour, and they were eliminated in 10th.