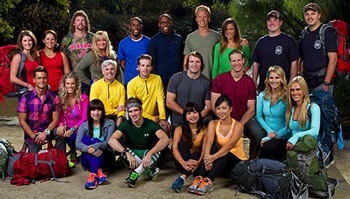 The initial twist for the 22nd Season of the Race was the introduction of the double Express Passes, one for the teams to keep, and one to give to another team. However, said twist was overshadowed by the complete insanity that occurred during the first eight legs of the season. Among other things, three teams willingly quit a Roadblock to force a canoe race to the Pit Stop, three teams suffered Shocking Eliminations after losing huge leads (all of them over an hour) at the Detour, two teams got speeding tickets in the same citynote the only other time a team got a speeding ticket was Terence & Sarah in Season 13, a contestant tore his Achilles tendon, only to win the next two legs before dropping out of the Race, a team got eliminated while still holding their Express Pass, and a team walked all the way to the Pit Stop when everyone else took cabs, only to be saved from elimination by another team's penalty. While the last four legs were notably less exciting, not to mention less competitive and somewhat predictable, that itself was counterbalanced by nearly every single team left in the race being likable in some way. The combination of the insanity of the first eight episodes and the likability of the latter four created a season that, although not as memorable as its predecessor, stands as an overall good season. 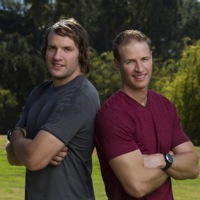 Brothers and hockey players, Bates played for the Carolina Hurricanes, Colorado Avalanche, Washington Capitals, and Toronto Maple Leafs. The token Alpha Male team of the season, they, like Jaymes & James before them, overcame the stigma of being a Stunt Casting team to become likable in their own right, mostly thanks to their snark and their self-deprecating humor. Race-wise, they were predictably feared right off the bat by many of the other teams, and an alliance was formed to get them eliminated. Though they generally struggled with navigation and mental tasks, the scarcity of tricky mental tasks during the season, combined with their toughest competition going out early, allowed them to cruise into the Final 3, where they easily won, grabbing a lead during the luck-based Spy Switchback which they never gave up, and they did not see another team until they hit the Finish Line. 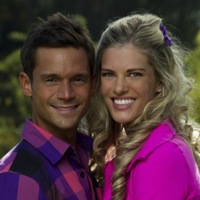 Newlyweds who got married three weeks before going on the Race. They established themselves as the villains in the first episode, a position which they apparently relished. Though Max's ego and Katie's Alpha Bitch tendencies were very clear to the audience, they managed to mostly hide them from the other teams, becoming much more popular with the cast than they were with the audience. After bumbling through the first two-thirds of the season, they caught fire, winning three straight legs heading into the finale, where Max ultimately stumbled on the luck-based Spy Switchback, taking forever to find his briefcase and allowing Bates to pass him up. They never had a chance after that, and they finished 2nd. 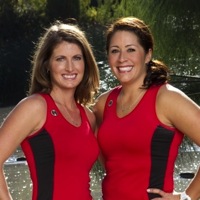 Roller Derby Moms, they came on the Race to set a good example for their kids and win the money for their families. Though they managed a few 2nd place finishes, they spent most of the season playing catchup for all the stupid mental mistakes they made. Though they were able to escape the target on their backs put there by being in an alliance with John & Jessica and Joey & Meghan and make the Final 3, their mental mistakes would trip them up once again. When told to go to 1100 Pennsylvania Ave., they asked their cab driver to take them to The White House instead, and the time it took them to fix their mistake dropped them to 3rd, where they would ultimately finish. 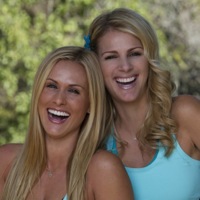 Members of the band Stealing Angels, Jennifer is the granddaughter of John Wayne, while Caroline is a direct descendant of Daniel Boone. After barely escaping elimination during the canoe race in the first leg, they proved to be surprisingly resilient. However, resiliency did not translate to them being strong racers, as they spent a lot of time in the middle of the pack, never really in danger of elimination, but never close to the top of the pack either. In Ireland, Jen ended up struggling mightily with the bog snorkeling Roadblock, dropping them way behind and causing them to finish 4th. To the surprise of many, they were invited back for All-Stars. 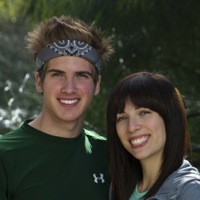 Friends and YouTube hosts, they brought their upbeat attitudes and manic energy with them onto the Race. Early on, they formed an alliance with John & Jessica and Mona & Beth that caused the other teams to resent them, and put a huge target on their backs, especially after John & Jessica had been eliminated. This resulted in them keeping close to only Mona & Beth, which made it all that much harder for them when they found themselves racing to avoid last in Scotland against their only remaining friends in the game. With both teams having been U-Turned, they got destroyed on both sides of the Detour by Mona & Beth (despite the latter having to do a Speed Bump), and found themselves out in 5th. Their antics got them invited back for All-Stars. 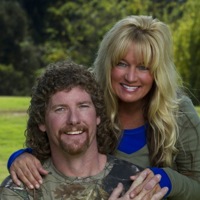 Married couple from Alabama. They struggled from the very beginning, with Wynona's whining and poor task performance dragging them down despite Chuck's overall strong racing abilities. Though they seemed to pull it together during leg 6 in Botswana, Wynona would struggle with the first-come, first-served Roadblock in Switzerland, putting them and Joey & Meghan, who got stuck behind her, half an hour behind the lead pack. Though they would miraculously beat Joey & Meghan to the Pit Stop, after Team YouTube got bad directions that resulted in them walking to the Pit Stop, Chuck & Wynona would receive a 30-minute penalty for breaking the rules at the Cheese Hill Switchback, putting them out in 6th. 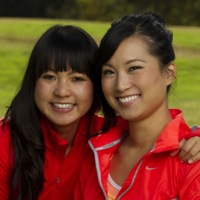 Snarky friends who, despite their obvious racing skills, had a tendency to panic and make hasty decisions when they felt they were in danger. After spending the first half of the season cruising along near the top of the pack, they would fall apart in Botswana. Despite being in a solid 2nd for most of the seventh leg, including having two teams have to stop to pay speeding tickets, they imploded on the Detour, switching from the Brawn side of the Detour to the Brains and back, their second-guessing and inability to spot one of the animal cutouts putting them out in 7th. They were one of ten teams listed in the initial cast leak for All-Stars, but did not make the final cut. 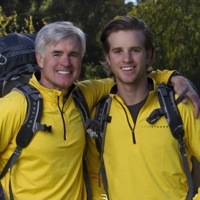 Father and son cancer survivors. After starting off strong, Dave tore his Achilles tendon while racing to the Pit Stop in the second leg, all but ending their race when it had barely just begun. They were not removed from the game, so Dave ran the next two legs while wearing a boot and walking on crutches, winning both of them due to a combination of the Express Pass and Connor going all out on the remaining tasks. However, Dave needed to have surgery within a week in order to not put his ability to walk at risk, so they withdrew from the race in 8th place. They would get a second chance to show what they could do on All-Stars. 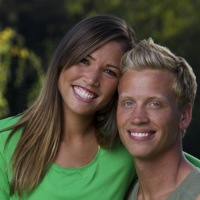 John: I wanna make sure we play this game strategically smart, and that we extract as much value out of our Express Pass as we possibly can.

Dating Couple, they cruised through the first three legs, finishing all of them in the top 3, including winning the first leg and the double Express Passes. John talked a big strategic game, and had plans to use their Express Passes and alliances to get them far into the season. However, upon hitting Bali, they would execute one of the most embarrassing series of moves in Race history. Despite being on the second flight, an hour and a half ahead of the trailing teams, they struggled with both the Detour and the Roadblock, and were eliminated in 9th place with their Express Pass still in hand. As the victims of the most embarrassing elimination in the show's history, they would get a shot at redemption on All-Stars. 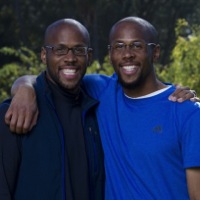 Twin brothers and OB/GYNs. Despite starting the second leg with a huge lead over the teams who had taken penalties in the previous leg, Jamil's fear of water cost them to waste over two hours on the pearl diving Detour, ultimately causing them to be eliminated in 10th place. 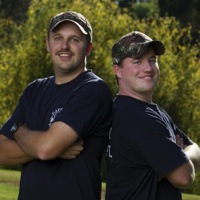 Firefighters from South Carolina. They were one of the three teams who got caught up on the sandcastle Roadblock in the first leg, and readily agreed to the plan to quit the Roadblock and take the four hour penalty, confident that they would be able to easily beat the other teams in the canoe race to the Pit Stop. However, they capsized twice (and a third time off screen), dropping them to last and eliminating them in 11th.