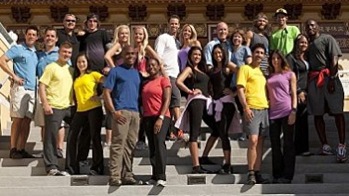 After two straight successful seasons, the Race initially seemed to be reverting to old bad habits for their nineteenth season. With four Stunt Casting teams, the comparisons to Seasons 15 and 16 were not far behind. However, within the first few episodes it became abundantly clear that these teams were not going to have it easy. The producers had obviously been paying attention, and put together a course that exploited the Metagame and the tendency for teams to overlook small details, coming up with one of the most mentally challenging courses the show had ever seen. However, this added challenge also led to teams making lots of mistakes. Several times a team survived a big mistake that normally would have eliminated them, simply because someone else made a bigger mistake. The teams were entertaining for the most part, with little inter-team drama. While the season had its moments, it was never great, nor was it ever exactly bad either. It's probably the closest the show has to an "average" season, which is more than likely the reason why it is the only post-Unfinished Business season to not have a representative in the second All-Stars season. 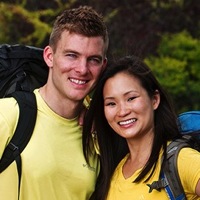 Engaged couple. Out in the real world, Cindy's parents apparently were not very happy with her choice of husband, which caused her to go out of her way to prove her relationship to her family. However, none of that showed on the Race, at least prior to the finale. What the audience saw was a Control Freak who pushed herself and her husband-to-be way too hard, freaked out at the drop of a hat, and stressed them both out with her single-minded goal to win the Race. They spent most of the season as second bananas to Andy & Tommy, but once they were free of the snowboarders in the finale, they put on the most dominating finale performance in Race history, not even seeing another team after the first task on their way to victory. 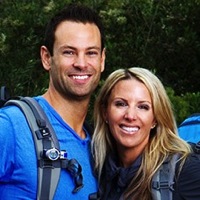 Dating Divorcees. Despite making the Final 3, they spent the majority of their time out of the spotlight, becoming probably the least focused on team to make it to the finale. They had a few fights, but never enough to become the fighting couple, they didn't really clash with any of the other teams aside from Laurence (and that only lasted one task). Overall, they were just kind of there. They were ultimately smoked by Ernie & Cindy in the final leg when they lost their lead after they went to the store called "The Dump" instead of the former residence known as "The Dump," and finished in 2nd. 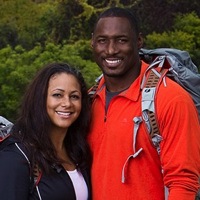 Marcus: We just took the opening kickoff and ran it for a touchdown.

Married couple. If you talk to Marcus for more than two minutes you'll learn two things. First, he used to play football, specifically, tight end for the Indianapolis Colts. Second, he relates his entire life through the sport. Though had a knack for falling way behind, then making last minute comebacks to survive, they still managed to win two legs and make the Final 3, but were knocked out of the running on the first task when it took Marcus 12 tries to correctly land his plane in the flight simulator challenge. 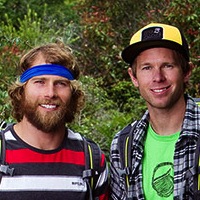 Professional snowboarders, with Andy competing in the 2006 Winter Olympics. On the surface, they were a pair of goofy, fun-loving friends who dominated the season until they made one serious mistake followed by some bad luck, getting them eliminated in 4th.

However, their story is not that clear cut. There were some negative feelings against them from the beginning, first for being another blatant Stunt Casting team, embodying everything fans hated about Seasons 15 and 16, and in particular, it seemed like there was a not so subtle attempt to create another B.J. & Tyler, Flight Time & Big Easy or Jet & Cord. Second, while visiting a Buddhist temple in Thailand they were, to say, a bit narrow-minded in their commentary. Third, half of their six leg wins came due to another team(s) in front of them incurring a penalty, and two others came from legs that seemed to be particularly geared towards their strengths. Then you have their elimination, which came after they flubbed their first attempt at finding the location of the Pit Stop, while the other teams' cab drivers worked together to get them to the Pit Stop first. Add all that up, and you have a team that's much more controversial than they were ever meant to be.

They were one of ten teams included in the initial cast leak for All-Stars, but sadly did not end up making the final cut. 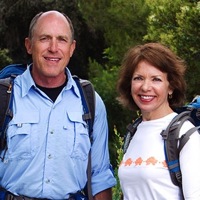 Cathi: We're fearless. At our age we're going to die soon anyway, so it's all good.

Married grandparents, they fell behind by four hours in the first leg while looking for the Hidden in Plain Sight giant sign clue, only to be saved by a rare first leg non-elimination. They would quickly improve, showing adeptness at both physical and mental tasks, mostly running near the front of the pack despite their age, and becoming fan favorites as a result. They fell behind doing the body building challenge in Belgium, and were never able to catch up, finally getting eliminated in 5th. 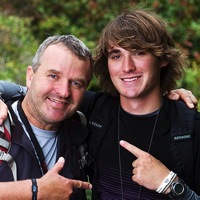 Father and son adventurers, Zac was the first person under the age of 18 to sail solo around the world. However, it was Laurence who took the spotlight, as he quickly became intolerable due to his egotistical boasting and a number of sexist comments he made towards Sandy in Malawi. Though they would get U-Turned in Denmark, they still had a lead on Jeremy & Sandy leaving the Detour, only to get epically lost looking for the Pit Stop, and were eliminated in 6th. 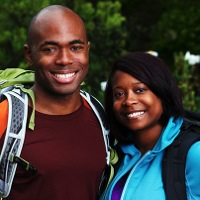 Siblings. Despite their constant bickering, they managed to run near the top of the pask for the first half of the season. However, Jennifer's failure to read the clue would cause her to botch the Roadblock in leg 7, costing them the race. 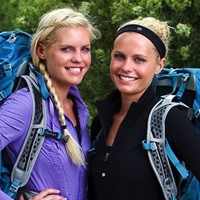 Twin Sisters. Thailand was not very kind to them, as a pair of bad legs gave them a Speed Bump and depleted them of all their money, forcing them to beg for rides from cab drivers to complete the leg, and they were eliminated in 8th. 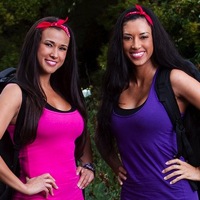 Former Vegas showgirls, they made a splash in the first leg when Kaylani dropped her passport while asking for directions to the airport, and fans, talking over Twitter, got it back to her at LAX. Of course, many fans naturally assumed that the producers had arranged for this stranger to show up at the airport, despite Kaylani noticing her passport missing and them returning to the gas station where she lost it before heading to the airport, and the guy who had returned it having previously given directions to Andy & Tommy at that gas station, and it caused quite the controversy. Though they did not last long anyway, as Lisa struggled with the Buddhist Statues Roadblock in the third leg, and when she did complete it, they had do go back and pay their cab driver before checking into the Pit Stop. This dropped them to last and resulted in their elimination. 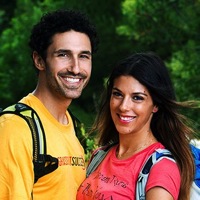 The winners of Survivor: Africa and Survivor: The Amazon respectively, and the less well known couple from Survivor: All-Stars, they had been suggested by Survivor fans for years as another potential immigrant for the Race. While they did decently well in the first leg, they fell behind early in the second leg, and ended up leaving their clue behind at the Detour, forcing them to go back and get it. Though they initially got to the Pit Stop ninth, they had missed the sign telling them to turn all their money in at the orphanage. As Kaylani & Lisa had turned in theirs, this dropped them to 10th place. Though they never finished in last, they became the first and only victims of the double elimination. 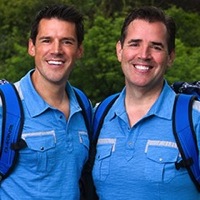 Flight Attendants and domestic partners. They fell behind all the other teams early in leg 2 and were not able to catch up during the Detour. As they did not hand over all their money at the orphanage, they missed out on a potential 9th place finish when they were sent back, and were eliminated in 11th place.